“To think of myself as a keeper of prisons… and you a prisoner.”

Ann Vickers is a lot of things it shouldn’t be. That sounds weird…. How’s this: it’s a movie that is somehow all thumbs but remains totally engrossing. It aches and yearns for a better world, but it remains trapped by convention, forced into that box by the PCA, kicking and screaming. What escapes is heartbreaking and infuriating, but the process made it thin and weak. Ann Vickers may not be a great movie, but there’s no denying it’s a fascinating one. 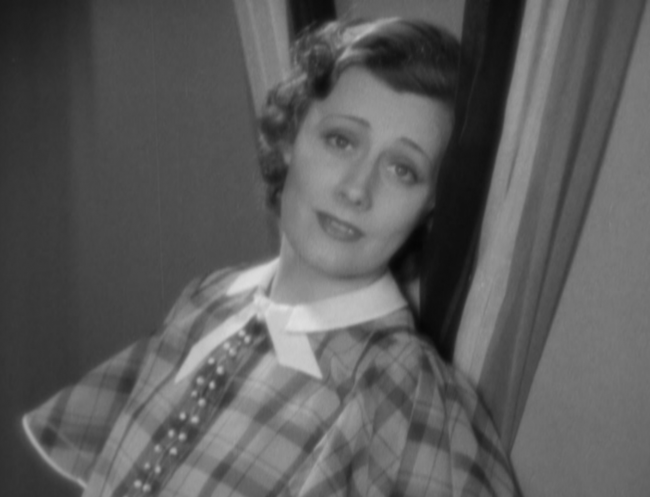 The titular Vickers is a social worker, sick of her upperclass upbringing. She rebels by working in the poorhouse, much to the chagrin of her oatmeal-flavored suitor Lindsey (Nagel) and much more to the bemusement of her best pal, Dr. Malvina Wormser (Edna May Oliver). Her job is tough but she’d dedicated if a bit naive (one coworker frowns, “She’s going to make the world over if it takes all winter.”). Her boss, Ignatz (Sam Hardy) covets her overtly, but one night, at a dance for soldiers heading off for the war, she meets Captain Lafayette Resnick (Bruce Cabot). The two tear the town up before he leaves for what must be the front and certain death. She stays behind because she has a new job coming and doesn’t want to tie him down, even if we’re illustrated by a fade from night to day that the two have most certainly slept together.

It should also go without much surprise that Ann has turned out to be pregnant. She’s also found that Resnick was an asshole, having ended up cowering out of front line duty and romanced another girl. Ann discovers how reluctant he is to go away with her even after he puts two and two together, and so she instead leaves him and heads to Havana to Mulvina’s clinic. 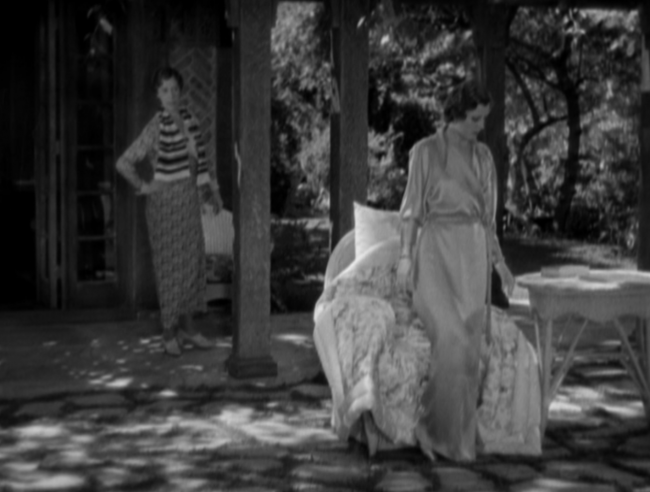 A note on the Havana scene– I’ve read several reviews that talk about how the censors were satiated and this portion demonstrates a stillbirth or the child simply dying in labor. Let’s not kid ourselves– why would Malvina ask Ann to her clinic outside of American soil when she clearly works in New York and Ann is barely along in her pregnancy?

Ann has an abortion. She is an ambitious woman who has found herself trapped between an uncaring, empty man and a lifetime of misery having that reminder around her neck. Of course, that doesn’t make the abortion any less of a weight. It’s something that reaches into her, as revealed in the dialogue she has with Mulvina where she comes to terms:

“What are you thinking about, Ann?”

“I wouldn’t think about her too much if I were you.”

“She would have had black shining hair like my grandfather Vickers. And a funny little face like… I’ve been planning her education. First in character and integrity. Then in a skilled profession of some kind. And I’ve named her, too. None of the meaningless names they use today. A hundred years ago names meant something. Charity, Faith, Hope, Patience…”

“Dumb Patience, dull Hope, and hang your Faith. Those were the regulation female virtues then.”

“Yes, I know. But I found a new, modern virtue to name my daughter. Pride. The pride of life. Pride of love. Pride of work. Pride of being a woman. Those will be her virtues. Pride Vickers. She’s become so real… If only she hadn’t… died. Oh, Mulvina. I wish I had her. I wish I had her…”

‘Died’ is a realization, an awakening where she realized that rather than save herself years of pain and suffering that she snuffed out a life and will forever have a ghost following her a few feet behind. It haunts her for years and shapes her destiny as an advocate for women who never had a voice or a chance. 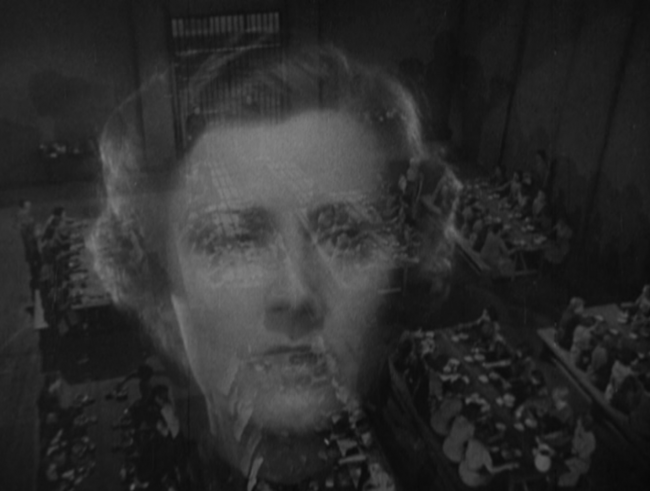 And if you’ve read all this thinking, “wow, what a weighty movie”, come on, this is a pre-Code. That was the first ten minutes.

From there, Ann becomes a prison matron at one of the down and dirtiest prisons in the country. What she finds is horrifying: women beaten, mistreated and killed. The warden and his chief guard realize that Vickers’ advocacy is a threat to their power and frame her up so it looks like she was doing undignified things with the doctor.

This becomes a defining moment for Vickers. Rather than slinking away, she writes a tell-all, exposing the prison. It becomes a massive seller and puts on the path towards running her own reformatory and even earning an honorary doctorate which she proudly wears around her neck. But the ghost of Pride haunts her still. 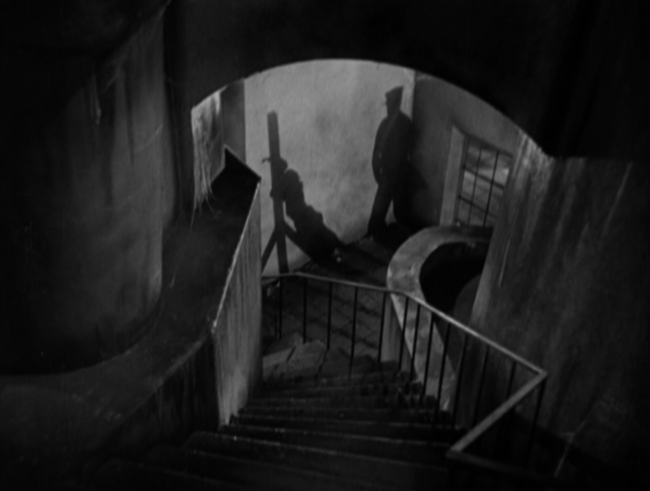 The third act sees her meet the man of her dreams in the form of Judge Barney Dolphin (Huston), but there are complications there, too. She has his child (without his wife finding out) and then there’s a scandal involving the judge and a few bribes.

The film doesn’t wrap up all of its ends tightly. Barney is sent to prison, Ann is forced to resign from her job in disgrace because of her illegitimate son. Barney eventually is released (possibly from by the machinations of the newly awakened Lindsey) but their life can’t be the same. This is where the film’s final minutes are sure to hammer home Ann taking the right path in life, as she tells Barney, “[you] have brought me out of the prison of ambition.” 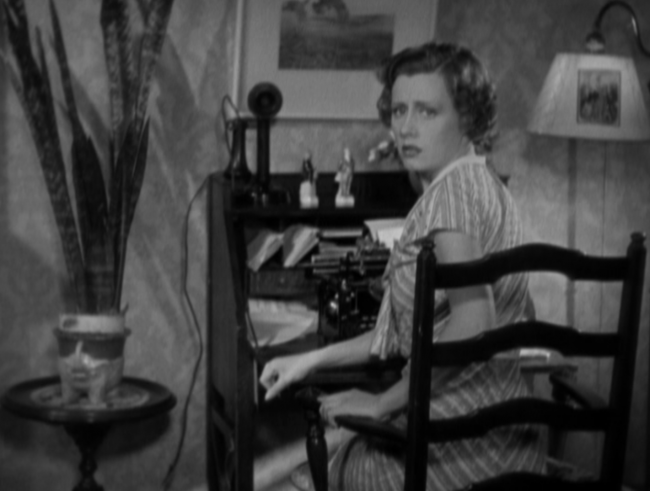 There’s two ways to read this: she has given up her desire for a career and now fully submits to her husband or she becomes in charge of her dysfunctional family instead. No one can be blamed for being furious at the movie’s conclusion, as the daring Ann– suffragette and daughter of society who sees her true calling in helping the unempowered– basically cedes her life’s calling for familial security. While it is encouraging that she is still smart and take charge, ti’s noticably downbeat, a punishment for a lfie lived in service. For some reason.

Few films are so concisely about the indignities and cruelties men force upon women. Count the ways Ann gets screwed over in this movie by men– hell, let’s just make a checklist of the major male characters here: 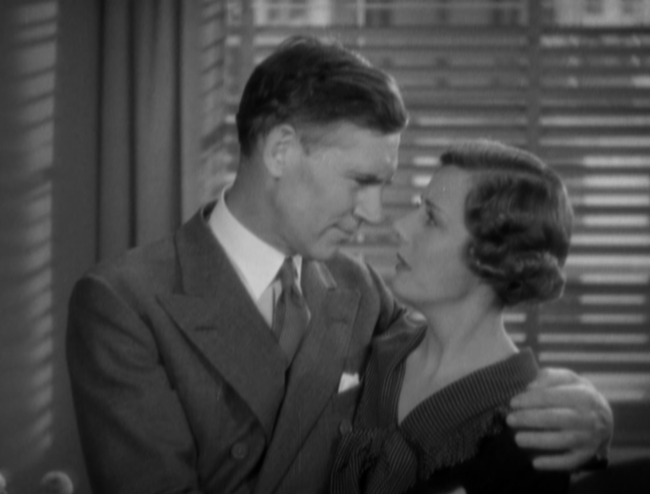 Barney is the only one of those who comes off with a smidgen of dignity, but that’s because he’s the only one who knows himself. He understands that he has flaws and embraces them. Everyone else has machismo to spare, it being their world and their rules. There’s a web of complicity to it all that’s hard to shake, a churning mess of desire and pressures created to justify itself and the ugliness it breeds as it steals the prides of the women of the world.

Ann is its victim, at least in this movie. That she manages to gather together a few scraps is a miracle.

Joseph Breen, public relations director of the Hays office, was in charge of evaluating the initial script and found much of the material objectionable. In the screenplay’s first draft Ann marries Captain Resnick, has a child with him but after the two separate, has an affair with Barney Dolphin while both are still married, a union that also produces a child. That romantic triangle was too much for the Hays office to stomach. Breen cited the portion of the Production Code prohibiting themes “tending to destroy the sanctity of marriage.” After weeks of meetings with the Hays office, producer Merian C. Cooper eventually changed the script so that two married people, Ann and Dolphin, would not both be participating in adultery. References to the abortion Ann seeks in Havana were also eliminated. RKO considered re-releasing the film in 1937 but was told its still salacious themes would mean no production code certificate would be issued because of the adultery themes. 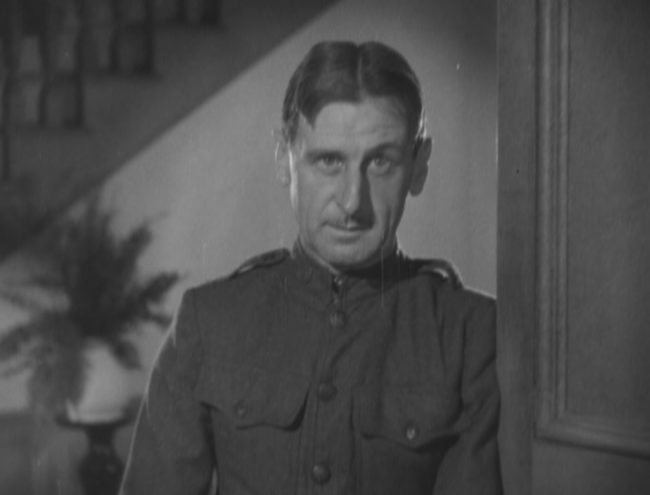