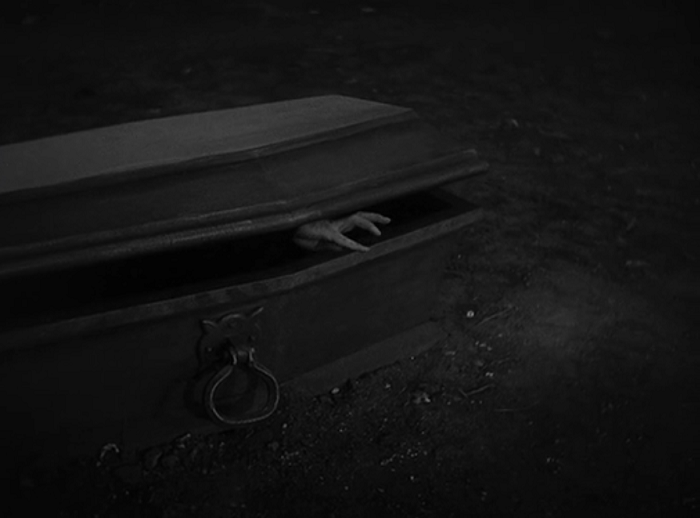 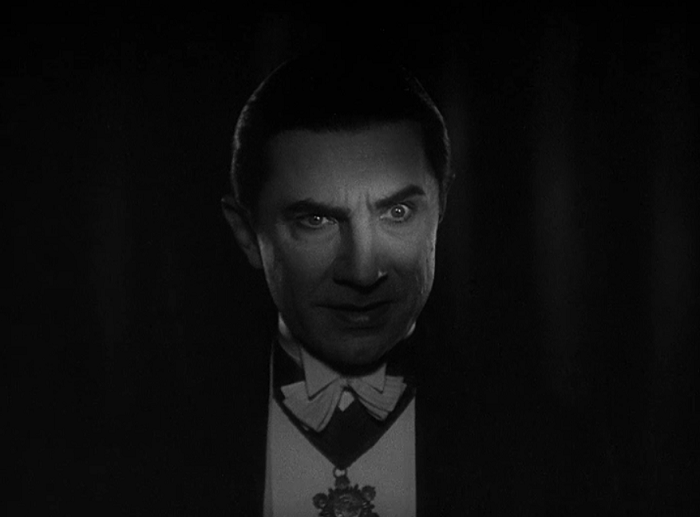 Dracula: Standing Around A House, Quite Worried

“Listen to them– the children of the night! What music they make!”

I’m sure you’ve picked up on the basics of vampire lore from one place or another. They’re undead. Sleep during the day, haunt by night. Sucks blood from the neck. Lives forever. Can transform into wolves and bats. Controls people’s wills. Not fond of wolf bane or sunlight. And usually in possession of an insatiable need to stare intently.

A lot of that comes from Bram Stroker’s original novel Dracula from 1898. Some more pieces came from the 1922 silent classic Nosferatu. And then, yes, some even came from today’s movie, Dracula, one of those movies that has such a legendary reputation that I always feel bad when pointing out how undeniably goofy the whole thing is.

Our film opens in the back roads of Transylvania. The leiderhosen clad townsfolk cross themselves and hide as night falls; their warnings to real estate agent Renfield are met with chuckles as he sees no reason to buy their ancient superstitions.

Approaching the castle of Dracula, he learns otherwise. His carriage is missing a driver and shepherded by a bat. The lord of the manor arrives and can hardly string a sentence together without mentioning blood. And how messed up is Dracula’s expansive mansion? Possums, spiders, and even armadillos run around the place. It’s an eclectic, ugly place with spider webs that span the great hall and catacombs that seem to stretch on forever.

Refield is nothing if not persistent, though, and despite the red flags popping up– “Dracula licks his lip when I get a papercut? Nothing weird about that!”– and its not long before carefree and mannered Renfield has become toady Renfield, who likes to eat small insects and say “Master!” quite a bit.

He’s become a pawn in Dracula’s game. Since the Count has become so well known in Transylvania, he’s planned out a change in location to London. Now situated in an abandoned abbey, he quickly insinuates himself with the rich and the famous and kills a few of the dregs while he’s at it. Not satisfied with merely beggar women, Dracula soon moves onto the dainty daughter’s of the city’s rich and prosperous, setting up a showdown between himself, the thoroughly bland Jonathan Harker, and the clever Dr. Van Helsing who knows a thing or two about killing vampires.

That last bit, where I attempt to sum up a portion of the movie in a sentence so that I can continue my review, I usually try to limit to the last ten minutes of the movie. Here, it’s the last 45, for the simple fact that nearly all of it is spent standing around Dr. Seward’s sanitarium. Renfield keeps escaping and gadding about, Jonathan continues to refuse to believe in any of this nonsense, Mina resists the temptations of the Count (with much failure) and Van Helsing keeps explaining vampires again and again and again.

The film’s got atmosphere, though it’s sporadic. When it shines, though, isn’t just in the gothic castle, but in Renfield’s desperation to eat a spider and Mina’s manipulative attempts to get Jonathan’s guard down. More often, though, it’s well lit interiors and surprisingly well lit exteriors too, with people just casually chatting back and forth about how weird things have been the last few days. It takes what should be a paranoid-plagued siege by a supernatural enemy and makes it a fairly pedestrian tea party that’s patiently waiting for one late guest.

The basic horror behind Count Dracula and his vampire brethren come from how they violates the normal bounds of human intimacy. Considered in the Victorian Era from where the novel originated or even with the 1930s take on public displays of affection and sexual relations, you can see why vampires held such a nasty fascination. He has no moral boundaries, for men or women, and that bite and cold embrace mark his victims as those who’ve transgressed society and become the mysterious, sinister other.

Bela Lugosi is a cinch to embody this. His rigid, theatrical manner allows him to devour scenery as easily as Dracula devours beautiful young men and women. Lugosi knew that Dracula was a horrifying beast who spent his waking hours desperately trying to fit in with human society, his every movement measured to give the appearance of nobility and charm. Whenever that facade breaks, that’s when Dracula is at his weakest.

The Count’s fatal flaw is precisely that he is so meticulous and mannered to the extreme. His role in the story is that of the aristocracy personified– untouchable, pleasant, always cordial, and preying on those weaker than him with a mixture of delight and erotic satisfaction. But the moment he is threatened, he unleashes a blind but impotent fury. He is much more comfortable planning and chipping down his enemy’s wills one piece at a time. When open conflict arises, he finds himself outmatched. That is where Van Helsing finds his strength: he may not have the many powers or long term thinking that the Count makes use of, but he has the benefit of being able to improvise.

The other actor who leaves a series impression is Dwight Frye as the raving mad Renfield. Constantly escaping, he has several long monologues portending doom and gloom that are effective though demonstrate another weakness of the film: lots of telling, only a little bit of showing. Since the film was based on the Broadway adaptation of Dracula rather than the source novel, we’re given opulent monologues and a lot of stagey, set bound moments. Frye makes the most of this, almost breaking the fourth wall as he describes the painful truth of being Dracula’s lackey.

The rest of the main cast doesn’t have any grandiose posing to fall back on and look a bit lost. Poor David Manners– this is his most popular role and easily his worst. See him in Man Wanted or The Miracle Woman and you can see the man has some natural talent and excellent chops. Here he’s saddled with being the ultimate dimwit– both the guy who knows nothing about vampires and the poor sap whose love blinds him to the danger that is lurking a few feet away.

Director Todd Browning was famous for making a number of films with Lon Chaney during the silent era, and unfortunately demonstrates little craft in anything besides long silent takes. A few moments– like the vampiric Mina’s head slowly sinking out of frame as she prepares to snack on Jonathan– demonstrate knowing what to show and what’s better to imply. However, the many implications here lack much verve– we can picture it, but even our imaginations can’t spice up the material.

For the uninitiated, Dracula is, unfortunately, one of my M.T.G.O.M.A.B.N.: Movies That Give Old Movies A Bad Name. (Catchy acronym, right?) It is slow, tedious, and repetitive. Only a few of these attributes can be blamed on being an early talkie– plenty of 1931 pictures could handle being stylish and moving at a good clip. Background music was still a rarity then, sure, but that didn’t preclude sound design as much as this movie would seem to indicate.

If you’re going to catch this movie, I recommend going to a revival showing at a nearby movie theater. I think an audience and darkness are essential to its mystique, something that a living room could quickly destroy. Unfortunately Dracula, while undoubtedly an important horror movie, is ultimately a tale of style over substance– and there’s not a whole lot style to spare at that.

Is the 1931 “Dracula” still a terrifying film, or has it become a period piece? The “most chilling, genuinely frightening film ever made,” vows the reference series Cinebooks. Perhaps that was true in 1931, but today I think the movie is interesting mostly for technical reasons–for the stylized performances, the photography, the sets. There is a moment, though, when Lugosi draws close to the sleeping Lucy, and all of the elements of the material draw together. We consider the dreadful trade-off: immortality, but as a vampire. From our point of view, Dracula is committing an unspeakable crime. From his, offering an unspeakable gift.

If anyone other than Lugosi is remembered for his work in Dracula, it’s likely to be Dwight Frye, whose enjoyably loopy performance as the insane Renfield caused him to be typecast as effectively as Lugosi. Being a skilled Broadway actor didn’t help Frye when he arrived in Hollywood – after appearing as Renfield in Dracula and the hunchback Fritz in Frankenstein, his film career was mapped out. Over the next decade, he would appear in such titles as The Vampire Bat, Bride of Frankenstein, Son of Frankenstein, The Ghost of Frankenstein, and Frankenstein Meets the Wolf Man (the latter two once again with Lugosi).