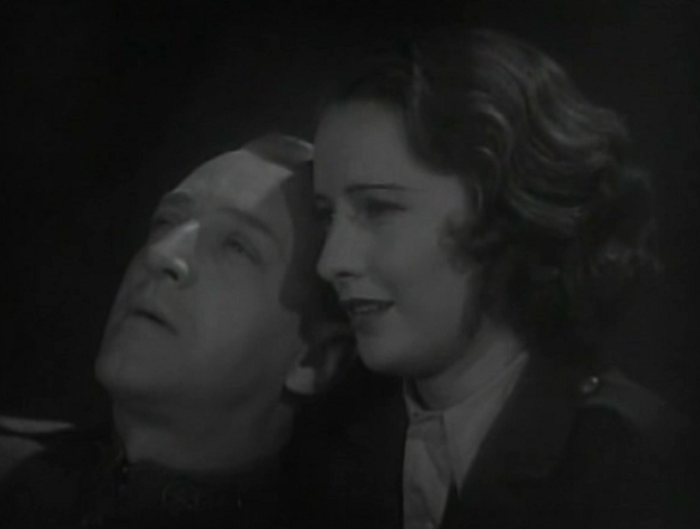 Ever in My Heart: What’s In A Name

“Folks don’t get away from the blood in their bones.”

When I was a kid, there was a TV movie that came on called The Canterville Ghost starring Patrick Stewart and Neve Campbell. Don’t bother looking it up, it’s real, and it’s awful. That was one of the first movies that wildly upset me, and not because the film is such a stunning piece of work, but rather the way the movie unfolded: no matter how desperately Campbell tried to convince her parents that there’s a ghost (which there is), they won’t believe her. In fact, they start berating and mistreating her for her simple insistence.

This complete lack of human sympathy and emotion frustrated me, but at the time I couldn’t explain why. Nowadays I understand better: the film would fall apart if her parents for a moment behaved like rational, caring individuals. The concerns of the screenplay to make a film more dramatic overrode everything else.

And that rather lengthy tale brings me to Ever in My Heart, a ludicrous string of events that takes on a rather ugly subject matter and gets all goofy with it. Imagine Rocky IV, after the famous speech in the ring, ends with Ivan Drago pulling out a gun and then Rocky kickboxing his head off and you’ll be in similar territory.

And it pains me to say that (not just because seeing the special effects work of Dolph Lundgren getting his head kicked off would make a hilarious .gif) because Ever in My Heart has something to say, namely that anti-German sentiment stirred up during the first world had disastrous consequences for many honest American citizens.

First off– a government and the media fanning the flames of racial hatred to justify warmongering? I know, as absolutely ludicrous as that sounds, it happened here with the Germans and, when FDR didn’t want a repeat of it in the 40s, he choose to instead target the far more noticeably different Japanese. It’s also occurred with other ethnic minorities in far more recent wars, but I’d be hard pressed to put my finger on who that is…

The story of Ever in My Heart begins in 1909 with a young woman named Mary preparing her family’s mansion for the return of her cousin, Jeff. She and Jeff had been childhood sweethearts (and, uh, cousins), but it’s not Jeff she makes goo-goo eyes at upon his arrival, but his new German friend Hugo.

The Archers, being a family that apparently inbreeds like it’s going out of style, are very dismissive of Mary. The town they live in, Archerville, boasts war memorials laden with Archers. They’re a proud family of gossipy spinsters, and aren’t too happy about a kraut jumping into their private gene pool.

Unfortunately for them, Hugo and Mary are quite happy. He sings her German lullabies, buys her a little German dachshund to go along with their little German baby, and then Hugo goes and becomes an American citizen just for kicks. Hugo invites all of his friends and colleagues over to celebrate– he’s a professor at the local college– and they take turns singing songs from their homelands, France, England, and Germany.

Since everything is perfect and wonderful, however, that must mean it’s time for act two to kick in. While everyone’s singing inside, news of Germany’s invasion into Belgium is on the cover of the newspaper outside. Crap is about to hit the crap fan.

If the movie hadn’t been laying it on thick before, well, here we go. Hugo is released from his job because he’s a German. Mary’s friends avoid her because of her husband’s nationality. Her family gossips about the atrocities that the yellow papers pin on the Huns.

The problems pile up. Without money, the couple is helpless as their adorable son dies from disease. Soon after, their dog is chased by neighborhood kids and beaten so badly that Hugo has no choice to put a bullet into it and end its misery.

It’s gruesome stuff, certainly, and a gut wrenching portrayal of how much it hurt to be on the bad side of the American people, whose ability to be judgmental unto others endures. But the machinations here, which almost work when presented in a straightforward manner, feel forced. This is the narrative equivalent of stabbing a guy 37 times– overkill, plain and simple.

Hugo loses his cool temper after the dog. He knows the parents of the kids who did it will probably side with the kids in murdering a German dog rather than sympathizing with a German-American man. Hugo sends Mary back to her family, and then sends her a letter telling her that he’s had enough of America and is joining up with the German army. She’s heartbroken.

The third act lets all of this ramp up to a conclusion which, bizarrely, seems to contradict much of what came before it. Mary has decided to become a barmaid in France for the American army (I had no idea this was an option), where she discovers Hugo sitting at a table, watching the troop movements. Yes, he’s become a spy for the Germans (despite his thick accent throughout the film, I guess), and, after Mary prevents Jeff from noticing him, he comes to her room to beg her forgiveness.

Mind you, he’s still going back to enemy lines tomorrow to report where the troops are and massacre Americans– look, he really loved that dog– and nothing Mary can say will change his mind. After spending the night together, she must decide whether to make the ultimate sacrifice to stop her husband from betraying the troops.

A lot of the problems here seem to stem from the fact that Hugo won’t change his last name to something more Americanized (something a lot of German-Americans did during those years), and how even his success at getting American citizenship is turned against him. Because of his pride in his heritage– something he shared with a great many other immigrants, as the film ably demonstrated– he has no choice but to go back to it.

That makes the third act’s twists with Hugo’s spying seem to justify the actions of the second act’s unfettered racial bigotry. The moral seems to be that if you don’t still love America with all of your heart after a bunch of people have beaten your dog to a bloody lump in nationalistic fervor, then you just don’t deserve to be an American. What a moral.

Stanwyck is good in a mostly thankless role as the backbone and ethical arbiter of the film, while Otto Kruger makes Hugo appropriately sympathetic and sweet. Director Archie Mayo succeeds with the film’s atmosphere splendidly, transitioning nicely from the home front to war. But all of these efforts combined can’t get past the film’s bombastic narrative and truly odd ending.

It’s a waste, and I hope someday we can see the same ideas about how moralizing fanaticism and judgmental proselytizing against those with a different racial composition irrevocably hurts our nation put into a better film. If only we had some contemporary example of it.