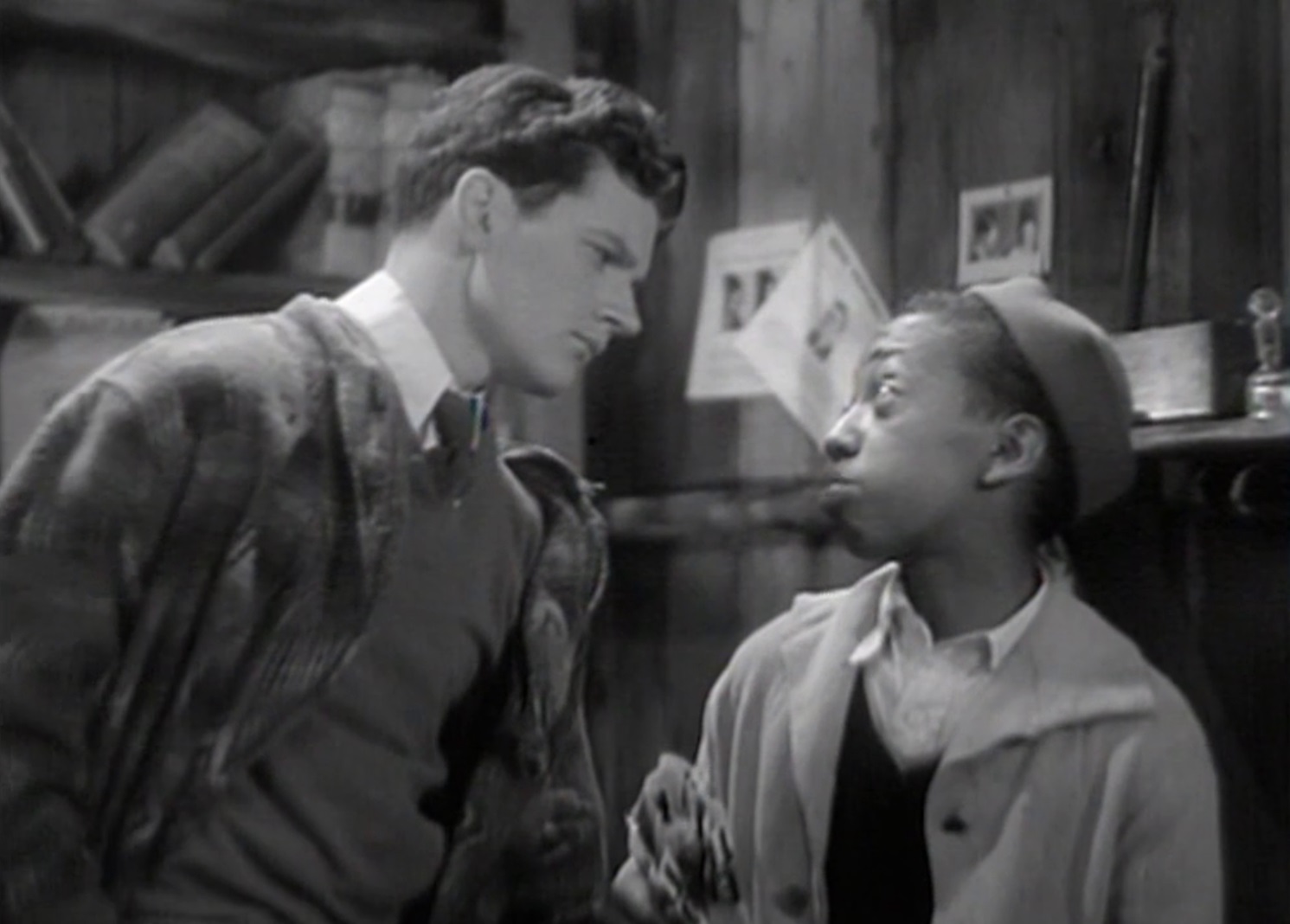 “Why, any morning, one of us may wake up and find ourselves a corpse!”

The only thing endearing about Man Hunt is the dog, named Doctor. He’s a spaniel or something. I don’t know. He’s cute and solves the mystery a goddamn 40 minutes before our lead does. He’s the smartest character in the movie… so yay.

Man Hunt (not to be confused with the superb wartime thriller Man Hunt made in 1941, unless you want to secretly watch that one instead, in which case go ahead) is about a boy who wants to be a detective, so much so that it keeps costing him jobs. Everyone in town thinks he’s a dreamer, and they’re pretty much right. When a new girl shows up in town, Josie (Henry), he’s smitten. Her father, it turns out, is a diamond thief on the run. When his old partner closes in, there’s a murder mystery for the amateur Junior to solve.

Or, you know, help. Junior wants to be a detective so bad, and he’s so, so bad at it. The most immediate, suspicious character is who Junior immediately asks for help, and he goes to the man again and again even after the guy abuses his dog and screams at him. Meanwhile, Junior becomes cocky about solving Josie’s father’s murder, all the while still eagerly condescending to her: “I’m sorry, Josie, but this is a man’s job!”

This is a bad one, an RKO programmer with little to enjoy. Director Irving Cummings (Attorney for the Defense) has a few good camera movements and keeps the film’s nighttime scenes coherent, which is noticeable, but that may be just because there’s nothing else to see. Unless you’re trying to win a merit badge for seeing every RKO movie or need to see a movie on IMDB that has less than 40 votes and is currently on television, this one is so very, very worth never seeing.