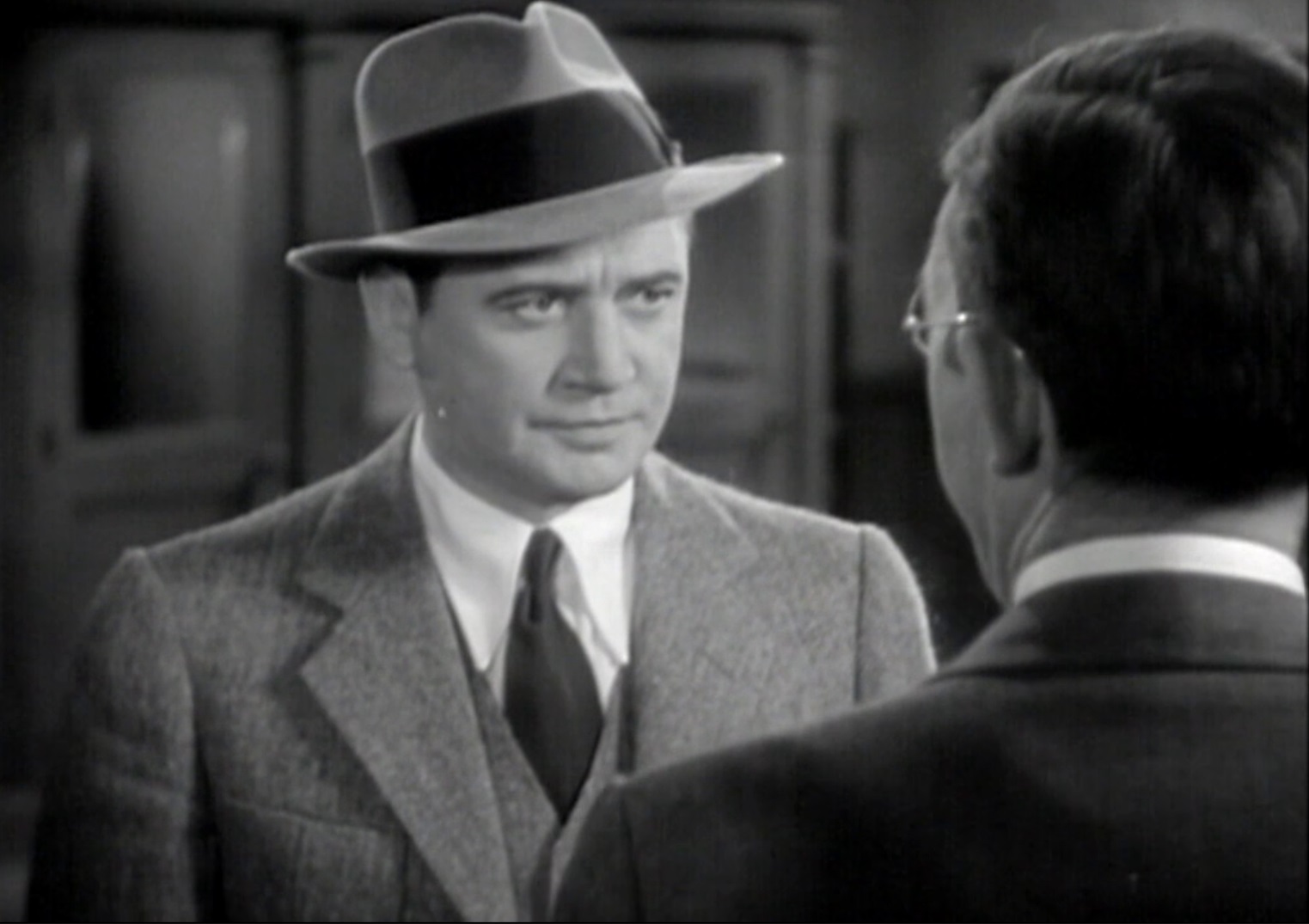 “Why? Please tell me why people will take a beautiful emotion like love and do everything they can to kill it. They walk up to an altar, then say ‘I love you. I’ll honor you, I’ll obey you.’ Then what? Gimme, gimme, gimme. You’re mine. Think for me, work for me, live for me, die for me. Die for me while you live for me. That’s it, my girl, they strangle each other’s identity.”

Richard Dix, the best looking man in a fedora in pre-Code Hollywood, was riding high after the success of Cimarron. Why he ended up in this piece of crap is beyond me, except to guess that the movie’s themes of free love were riding the zeitgeist, and that’s about the best you can say about it.

Dix plays Foster, a sport’s reporter with a bad tendency to continually try and drink himself to death. After getting fired from the newspaper, he gets a gig writing advertising slogans and hits the big time once he starts playing up fear mongering and deception. He starts an open relationship with Peggy, an artist, but then finds himself under the sway of cosmetics magnate Adrian Deane. He promises to marry Deane until he finds that he can’t live without Peggy. Deane, to put it mildly, overreacts, and puts Foster’s life into a tail spin once more.

Let’s get the worst of it out first: Richard Dix’s drunk acting is ludicrous. He’s soused a few times in the film (he even has a bar in his office!), and it is as bad as you can imagine any such thing being. He’s fine otherwise, as Dix is charming. Elizabeth Allan’s Peggy is fun and friendly; unfortunately, she never gets very deep, but she crackles unlike Doris Kenyon who doesn’t do much with a very little character.

The film’s finale is rather awkward. At the prodding of Zimmer (David Landau), Foster breaks down and gives a speech about ethics in advertising. It’s a painful affair, very carefully pointing out that he’s the one bad apple and how all other advertisers are pretty good fellows. It falls flat because it feels like an excuse, a disclaimer for the audience so they can sleep better at night even though Foster’s own deeds still don’t seem that bad, especially in a modern context. Don Draper would eat him for breakfast.

The only highlight of the movie is that its ending hints at the idea that the last scene may be a drunken delusion. I just finished a glass of wine; personally, I’m hoping for the same but for the full film.

The working titles of this film were The Public Be Sold and Ad-Man. According to a Hollywood Reporter news item, RKO stenographer Mollie Herman won $50 for coming up with the release title. A Film Daily pre-production news item states that Karen Morley was assigned to the role of “Peggy Wilson” but had to forfeit the part to Elizabeth Allan because of illness.

The narrative starts out in a lively if unbelievable fashion, and as it progresses it affords a certain fund of entertainment, but the penultimate romantic interludes are disappointing, particularly when a tragic note is struck.