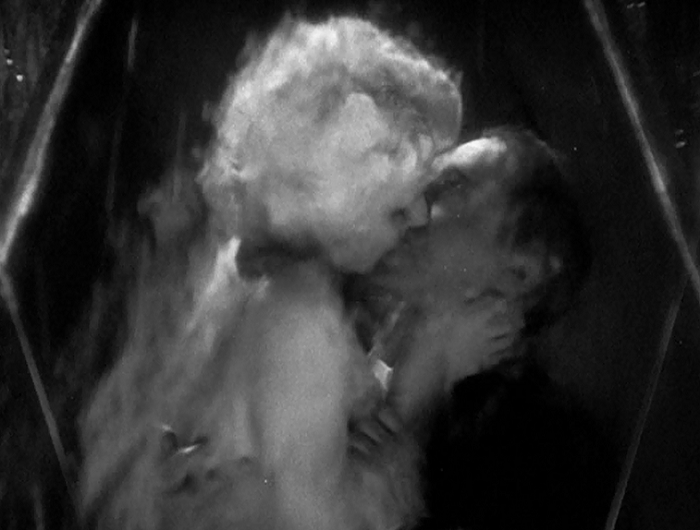 “I’ve been hit with a carload of horseshoes, and don’t you think I know it?”

That was my general opinion back in college since I spent my first two years studying to enter the school’s journalism program. Lecture halls were filled with kids debating ethics, the care needed in proper news reporting, and, mostly, just how good we were supposed to look on camera. In those pre-blogosphere days, you were either there for the fame or for the passion.

Well, passion was never one of my fortes, so journalism and I parted ways. But I remain fascinated by the profession, and it turns out that the early 30s are a bonanza for films about journalists, both the schmucks and the noble heroes of the fourth estate.

Of course, pre-His Girl Friday the portrayals of journalism were less about talking fast than about the nefarious doings that newspaper either inflicted or uncovered. Take Picture Snatcher or Five Star Final, two films that showcase the seedy depths papers sink to for an exclusive, no matter how grisly.

Platinum Blonde (you knew I’d get to it eventually) is the romantic comedy tangent of this, the tale of a newspaperman whose lackadaisical and straightforward style runs contrary to the wealthy people they report on. While it’s easy to read the film as a ‘rich versus poor’ screed, especially once you know Frank Capra was behind the camera on it, Platinum Blonde offers something far more outrageous.

Well, maybe not in the romance department. Stew Smith is an easygoing but dedicated reporter for the Post. Actor Robert Williams is kind of a mix between Bing Crosby and the titular Fletch where his presence floats free from the confines of the picture’s particulars, a force of no one’s nature but his own. He’s likeable, and functions by his own set of rules. One of those rebels whose only cause is to avoid wearing sock garters. He’s against taking bribes, but is willing to cajole a bit to get to the heart of an news story. Or maybe the heart to the left.

That heart happens to belong to heiress Anne Schuyler. Her family is embroiled in a scandal after her brother breaks an engagement to a showgirl, and Stew inserts himself into the middle of it. Though he publishes a muckraking story against the family’s wishes, he wins over Anne when he manages to snag himself some blackmail material the showgirl was holding and returning it free of charge.

This isn’t free of complications, however. There’s another girl at the newsroom office, Gallagher, who has had her eyes set on Stew for a while. Her problem is that as a professional woman, no one regards her as a woman. Even though she’s played by Loretta Young!

This little love triangle comes to a head after Stew and Anne elope. It’s quickly revealed that both have made plans to change one another– he thinks they’ll move into an apartment in the city while he works, she thinks he’ll become a society man. Since Anne is played by Jean Harlow and each of her offers merely invite him to become more comfortable, his defenses fall quickly. Though his newspaper buddies chortle at his expensive new garters and call him ‘a bird in a gilded cage’, it’s not until he sees Gallagher in a dress that his head turns back around.

Oh, that and the fact that he can’t keep his name out of the rival paper’s headlines. The Tribune, represented by an unscrupulous fellow named Binji, pops up at several points to give Stew a very public razzing. The night that Stew finally notices that Gallagher is a she and the night Anne discovers that Gallagher is a she is also the same night that Stew gives Binji a swift sock on the chin. The next day’s Tribune front page headline calling Stew a macho he-man who won’t be kowtowed by wealth drives the wedge between Anne and him deeper than ever before.

This may seem like typical romcom plotting, but here’s the funny thing about the romantic leads in Platinum Blonde: the rich Anne is the more appealing of the two. Anne is played by Jean Harlow (for whose famous locks the movie was named) and has such a relaxed spirit that it’s difficult to root against her, especially since most of her actions come from the heart. One scene in particular, where Stew and Anne duet to the tune of “Farmer in the Dell”, is especially endearing. Compared to Gallagher, whose entire character arc is merely sitting around and waiting for Stew to come to his senses, makes it difficult to reason out why the two end up together in the end.

But it’s still a pleasant journey. The class clash comes on strong with Stew butting heads with Anne’s mother and her lawyer, who also has his eyes on the pretty young girl. This results in a number of great scenes as their less-than-delicate attempts at cordiality explode on the runway.

But the best moments in the film come between Stew and the butler Smythe, the only other inhabitant of the mansion on a night when Stew throws a fit. Smythe explains his philosophy of living– “Smythe to Smith”– and demonstrates the hilarious concept of how he passes time by ‘puttering’. But it’s Smythe who reawakens Stew’s libidinous desire for the passion for writing. Stew brings over all of his reporter buddies along with Gallagher and soon the whole mansion is a madhouse.

The funny thing about Platinum Blonde isn’t that the picture is a triumph of good over evil or even the spirit of the poor and hardworking over the rich, though it certainly tries to paint itself as a testament against the dangers of emasculation. But the truth is that Platinum Blonde is really the story of the triumph of the Tribune over the Post. Though Binji is a conniving opportunist, his public campaign against Stew manages to break apart Stew’s marriage and send him packing to becoming a playwright, where he may be remotely successful… but he’s no longer the star reporter at the Post.

The journalists in this movie are the frat boys of the 30s, reckless and carefree. They drink hard and work hard, and can be cruel at the drop of the hat. Stew even forgives Binji after he’s allowed to give the man a swift kick in the rear, as their brotherhood reaches beyond petty feuds and power grabs.

And while it’s the romance and class clashes that provide the heart of the film, it’s the passionate anger of the journalists that drives it. For while it may not be earth shattering, while it may not be honest, it’s news, and any newspaperman’ll be damned if they don’t get it out to you first. 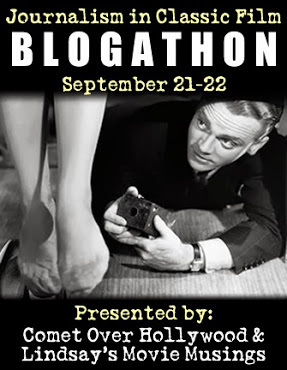