The Phynx: It’s Got Moxie

For those not in the know, The Phynx is a legend to people who love bad movies. Barely released in 1970 after a management change at Warner Bros., it sat on studio shelves for decades. And it’s not because the movie is some kind of unheralded gem.

No, The Phynx is a whirligig nightmare, a movie that tries to satirize everything. Like, really, every aspect of American culture you can imagine gets a dumb joke lobbed at it, from racial strife to sexual freedom to the surveillance state. It’s appearance seems to be a culmination of every destructive tendency embodied in the 60s, from the progressive boy bands with a satiric bent to the way the sexual revolution has quickly been equated to pretty birds running around in their delicates. 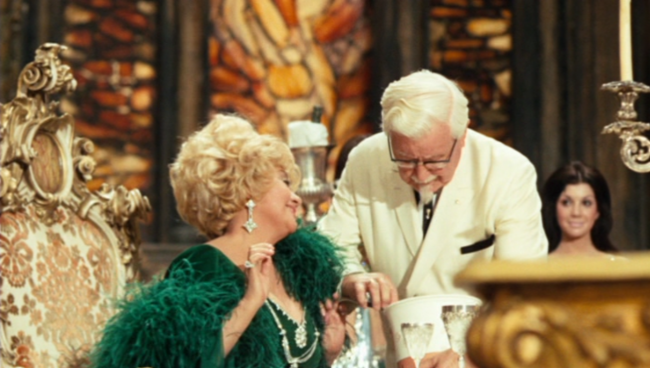 So here you have a movie about the omnipresent government using a computer (one of the most sexualized computers you will ever see– check out the gallery) to form a wacky boy band in order to infiltrate communist Albania and rescue several dozen notable hostages. Who are those hostages? Well, they’re why I get to squeeze a post out of this– they’re a number of B-list celebrities who, by 1970, clearly showed up just because they got a free lunch or two out of the deal.

Yes, here we have Joan Blondell, Ruby Keeler, Busby Berkeley, and, they promise, “The Original Gold Diggers.” We also have a miserable looking Pat O’Brien as well as Johnny Weissmuller and Maureen O’Sullivan, who get to share one of the only tender moments the movie allows. Patsy Kelly even pops up at one moment because, fuck, it’s Patsy Kelly. Could you say no to that? 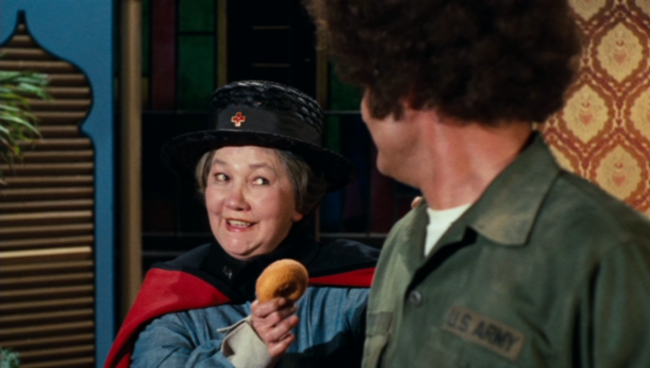 I couldn’t. … and no, I don’t know why she’s dressed as a Red Cross worker handing out doughnuts.

And that’s just the pre-Code era guest stars. You want Clint Walker, a man most famous for having staved off Killdozer? You want Oddjob? How about Dick Clark? Richard Pryor? James Brown? And, man, there’s so many more. I’m not sure what possessed the filmmakers to cram in so many people besides a desperate attempt to recreate The Monkees with less personality and more the force of sheer insanity.

Pretty much every cliche of the late 60s film making is present, from the animated intro, to the goofy sound effects, to the half assed throwbacks. The primary American operative, besides The Boss (who does a Jimmy Stewart voice even as he’s ensconced inside a giant cardboard box for a head), is a guy nicknamed ‘Bogey’ but sounds a lot more like Walter Matthau. Americana, we can surmise, has surpassed democracy as the primary agents of our government. This is reflected in the plot at large, as the band’s popularity turns them from scuttled pawns to finally heroes. 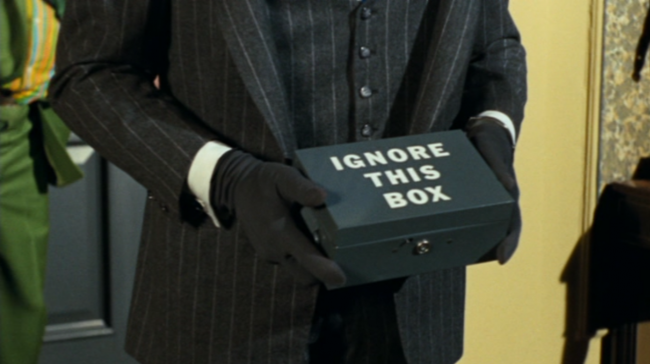 What’s the point of it? The most reasoned analysis I could find comes from the sublime The Projector Has Been Drinking:

Thus, in its convoluted and schizophrenic manner, THE PHYNX is attempting to send an message of cultural rapprochement within the generation gap. Saying to that mythical bewildered teenager looking at the parade of has-beens, “These folks you’ve seen on the Late Show, that you don’t get the appeal of? They entertained us once upon a time, made us forget our troubles for a while. Which is what I think you must feel when you listen to one of these bands that I don’t get the appeal of.” Saying to the parent stuck accompanying their kid to this movie, “Remember how much you liked these people you don’t get to see anymore? That’s how your kid will feel when the stars of their formative years are displaced. Their nostalgia is just as fond as yours, even if right now it’s not nostalgia yet.” Even to the performers themselves, most of whom indeed had not had any high-profile exposure in years until the stunt casting of this movie, there was a message – when the band opens their command performance to this audience saying, “America needs you,” they’re effectively saying, “We have not forgotten you. We’re making our fans happy the way you did yours. We’re the same.” Whereas JFK spoke of “passing the torch” to the new generation, the filmmakers wanted to have the new generation say “Thank you. We won’t let you down.” 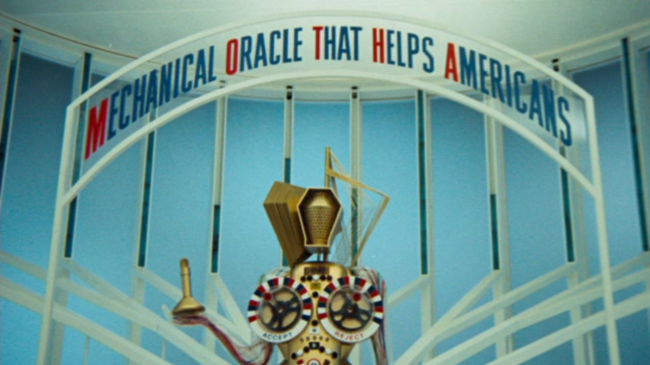 Of course, that message is highly presumptive. As The Spinning Image explains about the film:

[You] have a production where everything was thrown at the screen in the hope some of it would stick. Most likely it will stick in the craw, as its real message was to obey the powers that be or else, not the type of thing the more rebellious, anti-Vietnam War, pro-civil rights younger audience would have wanted to hear, not wrapped up in this package of exploitative cynicism at any rate. For all its wackiness, for all its attempts to be down with the kids, The Phynx was all about The Man, by The Man, and who knows, possibly for The Man as well. Maybe Warners knew that we’d see right through it. 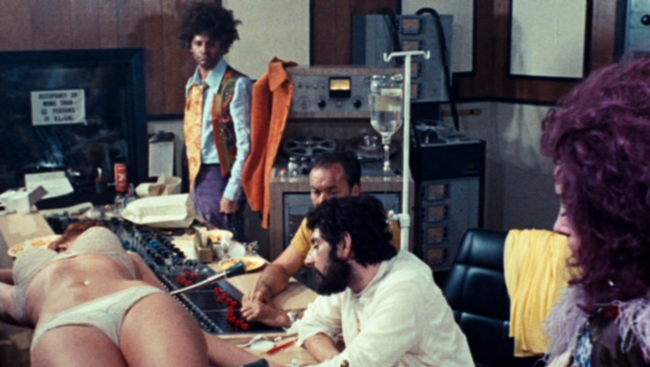 Did I mention this was the era of free love? Because that meant lightly dressed ladies.

Will you like The Phynx? Judging from the tidal wave of dismissive reviews, uh, no, unless you’re there simply for the novelty or, like me, you actually enjoy the pop songs contained. (I’m apparently in the minority on that one, judging from the half dozen reviews I’ve read.) As Angela explains over at The Hollywood Revue:

As a fan of so many of these stars, I loved getting to see them all together, even if it was in such a nonsense movie. If nothing else, I was excited to see that Ultra Violet makes an appearance in this because it means The Phynx is a movie that appeals to my interests in Busby Berkeley musicals and Andy Warhol’s factory scene. Because, really, how often do I get to combine those interests?

So, dammit, The Phynx is worth seeing. It’s a perfect encapsulation of its time, and, to paraphrase Roger Ebert, a perfect example of exactly what it is.

You have opened up new vistas for me today, my friend.

I aim to please! Or at least share the weirdness 🙂

Discovered this a few years ago and absolutely loved it. And the music too!

Yeah, a lot of reviews trashed the music, but I liked most of it.

Looking at those screenshots, it’s hard to believe they all come from the same film.

Thank you for the mention of my essay, and for calling it reasoned and sublime. What can I say, I’m fond of this misfit movie.

I get the Impression that Warner was going to go whole hog marketing “The Phynx” as their own pre-fab four(Columbia’s got one, so we want one)but got cold feet.