Kid’s stories are dark, man. You’ve noticed that, right? Hansel and Gretel ends with a witch being immolated, three blind mice lose their tails, the Pied Piper commits a widespread (and unpunished) kidnapping, the little old lady who lived in a shoe beat her kids, and little Miss Muffet… well, she just had an unfortunate meeting with a spider. And who the hell bakes blackbirds into a pie?!

I know, I know; with observations that risque, it sounds like I’m trying out for some Christian improv group, but I’m serious. Kid’s stories and fables are an introductory course in the horrors that await children in life. There’s a reason Bambi learns to cope with loss, Savannah Smiles must say goodbye to her new godparents, and even The Doberman Gang loses a member during their escapades. (Side complaint: modern kids movies avoid killing characters off or portraying any of the real scary stuff of childhood, since the message of “be true to yourself!” is so universal and so utterly damn meaningless that there’s no way it could possibly affect global box office appeal of a soulless CGI fart inferno.) 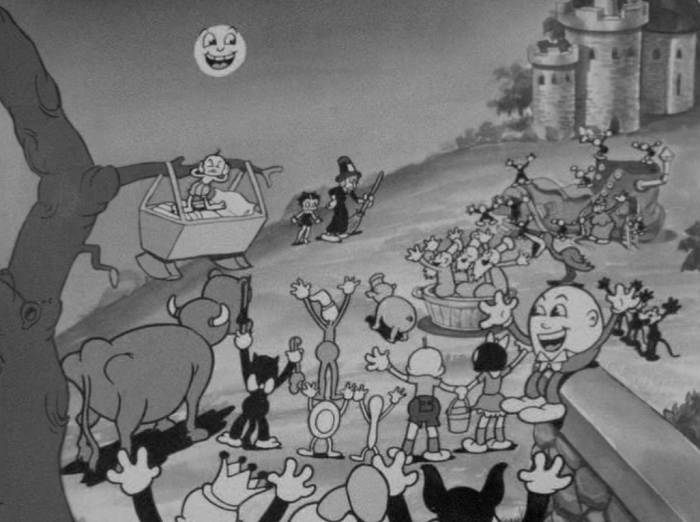 But my bitter ramblings about children’s entertainment are probably not paramount when I have a Paramount children’s entertainment to ramble about. (… right?) “Mother Goose Land” is different from the other shorts I’ve reviewed so far insomuch that it doesn’t revolve around the performance of an African-American singer and essentially just paste some lovely animation on top. Rather here we have Betty singing and going on an adventure to the titular land, where nursery rhymes are real and just a bit wackier for good measure. During her time here, Miss Muffet’s spider decides to kidnap Betty to meet his spider-y desires, and the four and twenty blackbirds intercede on her behalf.

It’s all very slight, but the cartoon maintains that wonderfully dark sense of humor the original tales have. One moment sees Betty, whisked away by Mother Goose, assured by her house that it will “keep the home fires burning!” The next few moments show the once-living house engulfed in flames and then nothing but a pile of ashes. Another wonderfully morbid moment comes when the Pied Piper gets a taste of his own medicine as a mouse busts out a harmonica and hypnotizes the piper to drown himself. 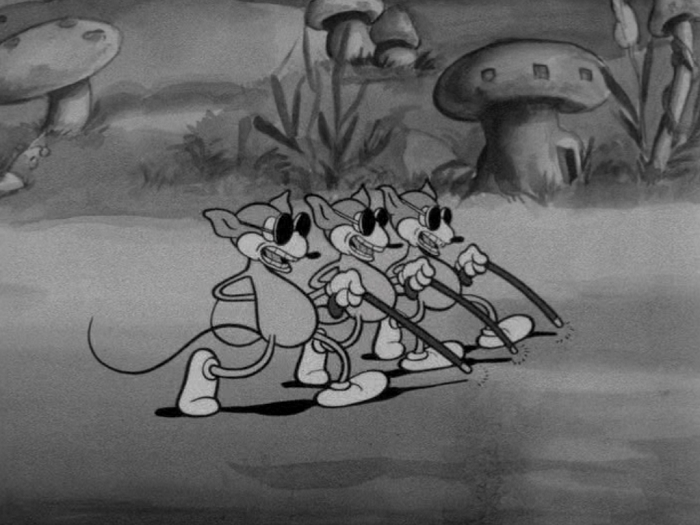 “Mother Goose Land” is yet another Boop short that revolves around her being kidnapped. However, it’s also a fantasy of hers, so one imagines when the burly spider kidnaps her, some deep part of her has a damsel complex and we’re seeing it played out. (And before anyone points out how gross it is to see a spider lust after Betty, remember that her boyfriend, Bimbo, is a literal dog. Well, a literal cartoon dog. You know what I mean.)

The short has some great animation, and, unrestricted to a single barely-related song, it makes the most of it to show off a wide variety of characters and situations. And while it’s darkness may seem tame today, it’s still there, ready and waiting to teach the next kid that comes along that when Humpty Dumpty falls, there ain’t no putting him back together again.