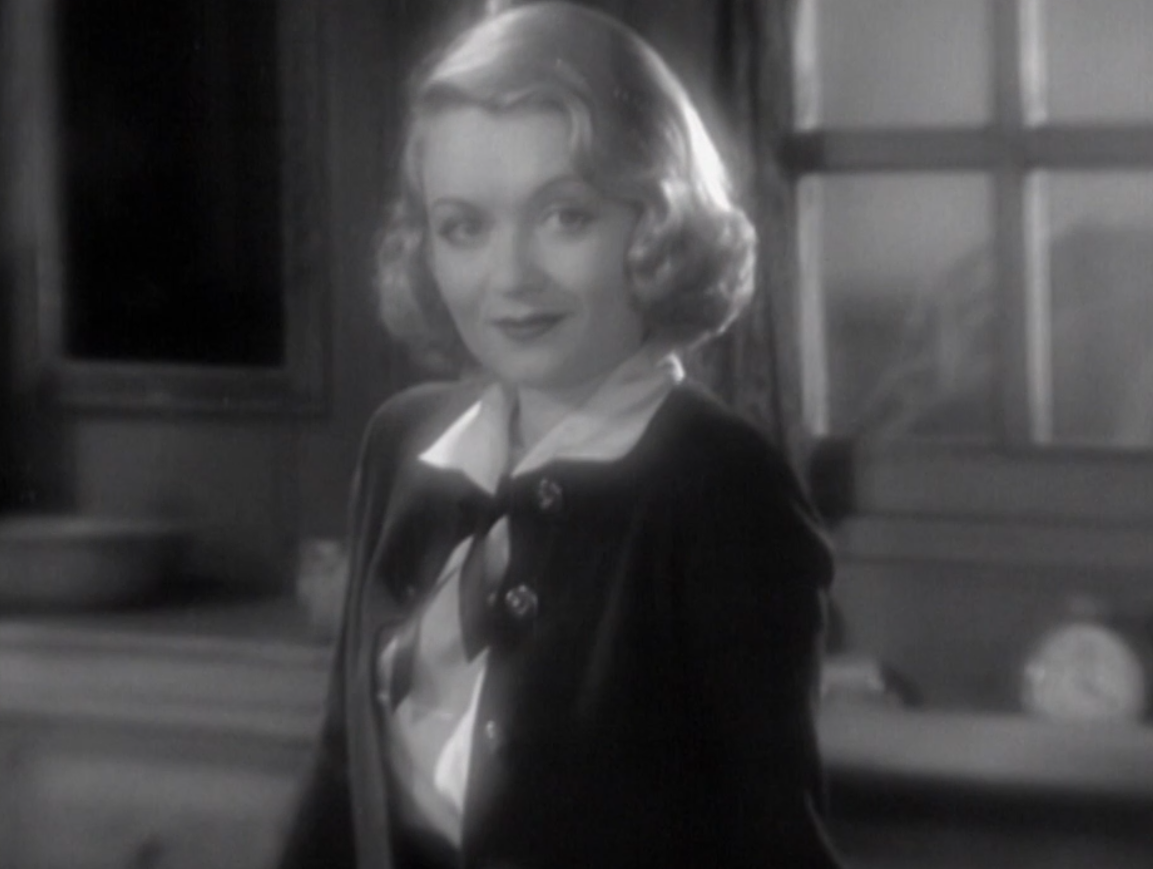 Bed of Roses: Love on the Run

“The only difference between me and the women you see riding around in those yachts is that they use their heads. Believe me, I’m using mine from now on.”

Bed of Roses is another pre-Code film about how women in the 1930s were often forced to choose between a life of security over one of passion. The fantasy here, of course, is that the security involves lounging around in a penthouse adorned with feathers while the passion involves the hard work and scrubbing. We can’t make it too easy, after all.

Constance Bennett is Lorry, an unrepentant prostitute who’s just gotten her release from a six month stint in jail in upper Louisiana. The warden keeps threatening her, but it all slides off her shoulders with a smug wink. A friendly priest makes it no further in trying to push her towards a ‘legitimate’ career. Lorry will make her own way in the world, religion and the state be damned. 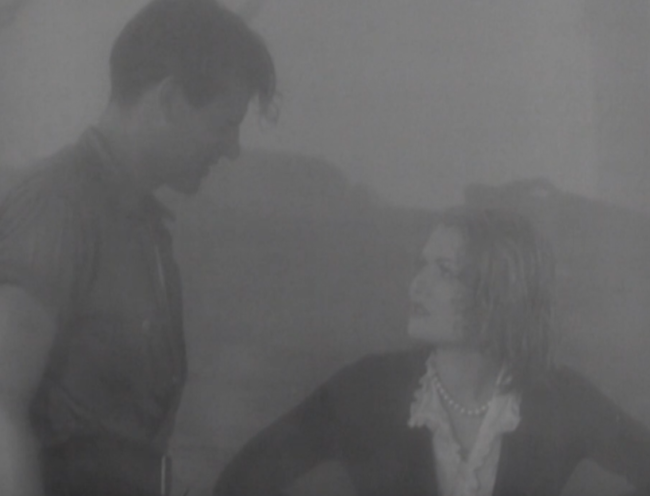 Lorry’s fellow ex-inmate Minnie (Kelton, doing Mae West so hard that it’s amazing she wasn’t sued for impersonation), joins with her on a riverboat headed to New Orleans and a madame that they know can hook them up with regular gigs. While aboard, they play a shell game with a couple of drunkards, and when Lorry gets cornered with a stocking full of stolen money, she jumps overboard.

She’s picked up out of the water by Captain Dan (McCrea), a barge captain who moves cotton up and down the river. Lorry is so infuriated that she’s lost the money she stole, she pushes a joking Dan overboard. He climbs back up the ship and tosses her back the cold river as well until cooler heads thusly prevail. Dan gives her a change of clothes (Constance Bennett in worn-out overalls is a sight to cherish) and then, in true pre-Code good guy fashion, doesn’t force himself on her and lets her sleep in his bunk for the night. 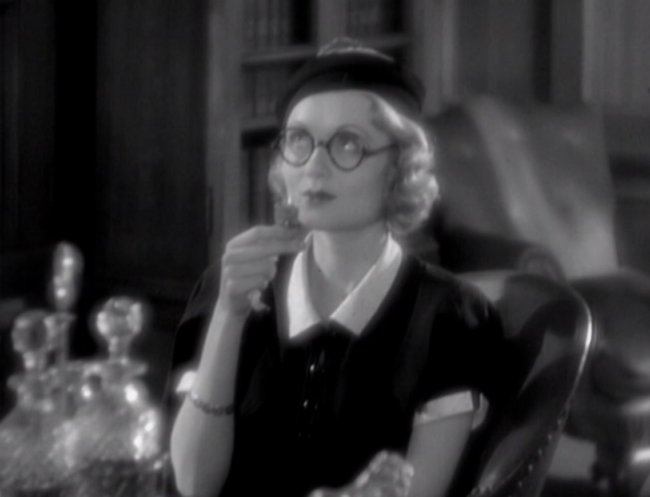 She repays this kindness by stealing his money, and she uses it to buy some clothes and put on an act to seduce a local book publisher named Stephen Paige (John Halliday). Paige falls for it, especially after Lorry performs one of the most obscene sipping scenes I’ve ever seen. She becomes his kept woman, with a penthouse and fancy clothes and the proverbial ‘bed of roses’. Of course, the two detest each other, and it’s likely the only reason Stephen keeps her around is because he’s aroused by how much she can toy with his emotions.

Lorry is a woman with her own code of ethics, however, and makes the decision to repay Dan. Dan’s gentleness in taking the money back– no pushing, hitting or even throwing her overboard!– leads to a simmering love affair. Their first kiss, after a long courtship, leaves Lorry laid out, dreamily whispering, “So that’s what it’s like.” 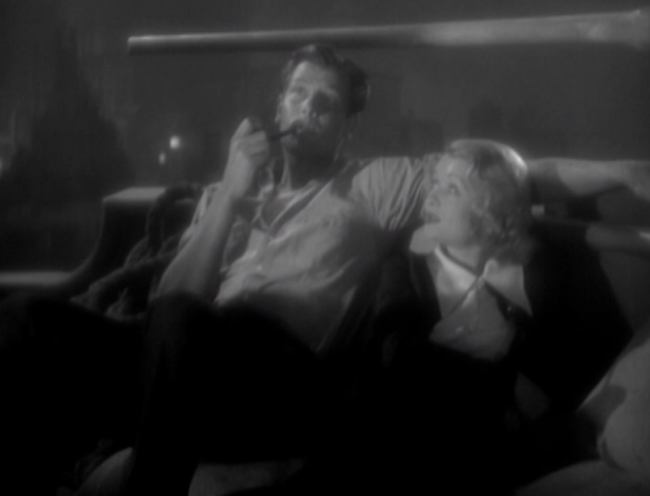 Of course, life with Dan is one of crushing hard work scrubbing decks and making food, so Lorry is back to the classic choice: comfort or love. The solution will not surprise you, but the film’s atmosphere and charm are strong enough to keep the movie moving.

Constance Bennett, who was one of pre-Code’s preeminent fallen women (at least until Rockabye blew up in her face), is fantastic in the central role. She doesn’t really dial down her caustic attitude, never making Lorry feel restrained or polite. Even her fake seduction of Halliday is handled with wits and the right amount of playacting to keep herself in control. 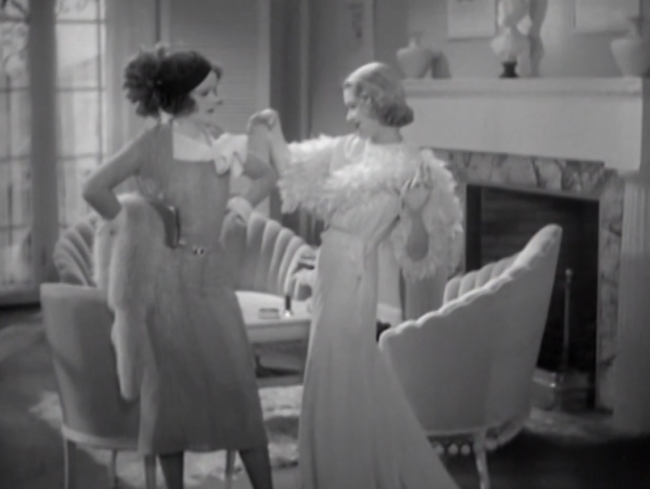 Because of the film’s southern setting, most of the supporting roles, including the entirety of Dan’s crew, are played by African-Americans, mostly in the usual subservient roles of the time. They’re also used as a chorus, too, singing a portentous rendition of “Frankie & Johnnie” as Dan and Lorry lay on the deck looking at stars through the fog.

John Halliday, meanwhile, is your classic pre-Code cad, one who not only has a bust of Caesar but dresses as Napoleon for Mardi Gras; I appreciated how utterly cold his character is, one driven by rules and possession more than passion or smarts. Pert Kelton’s vamping it up throughout the picture, and delivers enough comic relief to keep things moving. Franklin Pangborn appears in the last ten minutes; just thought I should note that for all his rabid fans out in the audience. 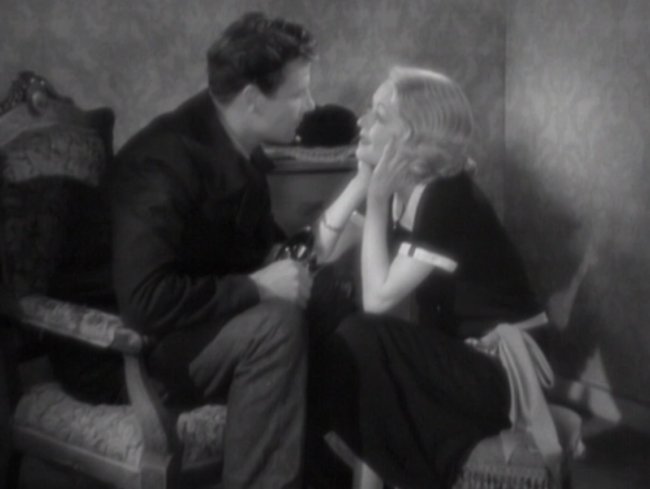 Being an RKO production helmed by Gregory La Cava, Bed of Roses works as a pleasant fairy tale, one nicely languid, yet skeptical of the whole notion of a kept woman ever being happy. This movie explored a popular theme within the women’s pictures of the time, especially during the Great Depression, where love was worth the hardship. Many in the audience would have been lucky to have someone as good looking as Joel McCrea to suffer their hardships with.

[Bennett] makes a great duo with Kelton, whose Minnie is a breezily off-color firecracker, a woman who puts fun before proper moral conduct and still comes out ahead in the end. (And some of the lines she mutters are salty even by pre-code standards.) Kelton worked steadily in comic bit parts through the 1930s, and in the early 1950s she played the first Alice Kramden on The Honeymooners, opposite Jackie Gleason. Shortly thereafter, Kelton was blacklisted – at which point she was replaced on The Honeymooners by Audrey Meadows – and didn’t begin working again until the early 1960s: She played Mrs. Paroo, Marian the Librarian’s mother, in the 1962 film of The Music Man.

The well-spoken girl of the Maugham story has been transformed into a callous creature named Lorry Evans, who is determined to have her “bed of roses,” cost what it may.The new offering is far from edifying and the characters do not always behave as if they were drawn from life. It is a case of the plot having precedence over the conduct of the persons involved.

The dialogue is great throughout, though, with Halliday and Kelton trying to wise up Constance to her self-inflicted class-ceilinged moral code. There’s a big Mardi Gras scene that’s all dressed up to go nowhere, but it’s altogether a gem and a hoot.

The film takes a much more casual attitude toward sinning than The Easiest Way or Born to Love: Lorry is a tough, merry tart who doesn’t stop to question her morals until fairly late in the film. Constance comes across as a more teasing, sexually aggressive personality than any of her previous films allowed her to be [..] but it wasn’t enough to make Bed of Roses a hit.