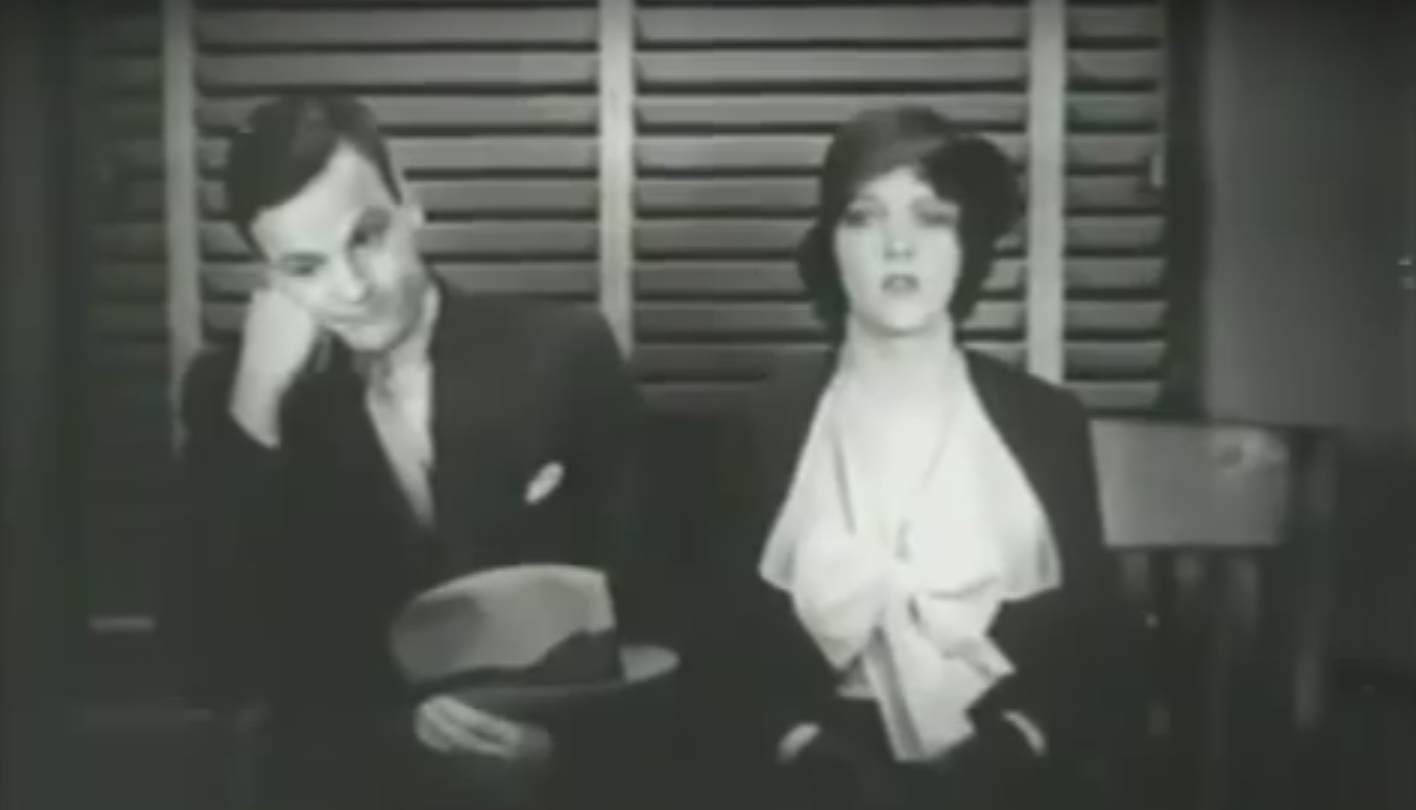 “Smith? Smith? Where have I heard that name before…”

Cheap movies have it tough. Maybe cheap is the wrong word– films manufactured from poverty row studios had a rough go of it back when they first played, and probably have even less of a chance with modern audiences. The lack of money is clearly on the screen in every scene, from the languid pacing to the unconvincing sets. Few movies made independently at these studios stand up today, usually through surprising sophistication or ingenious narrative structures– see Midnight, White Zombie, and/or The Sin of Nora Moran for examples of those.

Alias Mary Smith doesn’t fit into either of those categories, though it almost strives to be unremarkable. There’s some good comedic interplay and an okay romantic couple, but it’s stuck in the same mode that a lot of early 30s movies were still stuck with. Dialogue doesn’t overlap, there’s no music, and the plot itself would barely cover a modern sitcom episode, but is painstakingly stretched out to twice the length.

The plot: Mary Smith’s purse is snatched one night, and she has it retrieved by a famous playboy named Buddy. He takes her out to dinner, but ends up with a black eye when he gets too fresh. Happy to find a girl who doesn’t fall for his schtick, he decides to continue to pursue her, only to learn that she’s embroiled in a murder investigation. Her brother had been executed a few years back, and now she’s found the evidence that gangster Snowey had framed him. Unfortunately, the A.D.A. who was helping her is found murdered and Mary Smith, AKA Joan, is implicated.

The cheapness of the movie is apparent, especially in that deadly pause after every line that’s more in tune with 1930 than 1932. Other moments amuse, such as how Buddy’s rich family lives in a house that looks firmly middle class. But the best part may be the climactic gun battle, which our heroes just sit in the room and listen to the gunfire outside. We sit with them, if only to save everyone from having to build another set.

However, the parts that work are fine enough. Mary/Joan’s roommate, Blossom (Gwen Lee), is fun in a brassy/Warner Brothers-y way, and the journalist Scoop, who pops up to take pictures at inopportune moments, gets a few chuckles as a sub-Frank McHugh type. And if you don’t recognize those references, you’ve got better things to watch than this.

Alias Mary Smith really doesn’t push any boundaries for a film, but perfectly demonstrates the kinds of values the films of the early 30s cherished– troubled women with a dark past but a maternal streak meets a carefree roustabout, with both teaching each other the pleasures of trust and kindness. It also features a justice system based firmly on sudden, swift vengeance. Oh, and a happy ending. Can’t leave that out.

For as cheap as it is, Alias Mary Smith isn’t bad. But it ain’t good either. It’s there.

The credits are riddled with errors. As noted, Mehaffey’s name is spelled Mahaffey. Also the surname of DA Atwell (as given on the man’s door) becomes Attwell, while Snowy Hoagland (spelled thus in a newspaper) becomes Snowey.