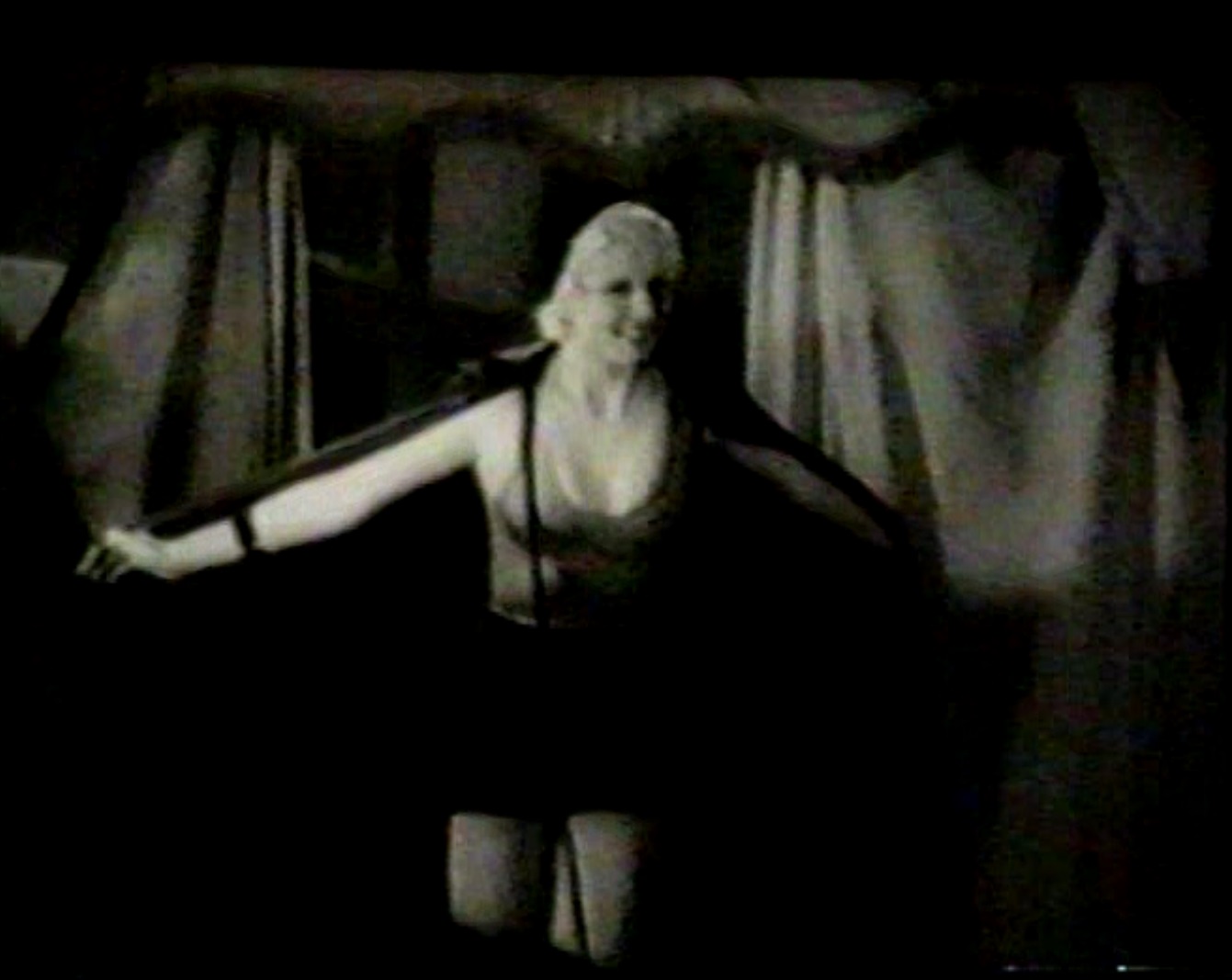 “I know lots of girls who make an honest living doing the wrong thing!”

Goldie is kind of a weird duck, a combination of two distinct threads of films being made in early 1930s Hollywood. One is the “Spencer Tracy plays a smug jerk with a secret heart of gold” series of pictures, and the other is “Jean Harlow is a sexual monster whom no man can stop.”

Both of these genres work together fine, and both work together in the expected pre-Code way– someone shows plenty of skin and someone gets a sock in the nose– and neither of them are Tracy. But there’s not much here that you ain’t seen elsewhere, and much of it depends on your tolerance level for Warren Hymer’s dumb schmoe routine (at one point, he tries to throw out caviar because it looks like tapioca but smells like dead fish.)

Using two sailors as the protagonists allows the movie to really go for gusto in its sexual proclivities. Tracy’s character, Bill, has a fondness on tattooing his girls with a particular heart and anchor design to demonstrate some level of perverse ownership. These are also the same women that Spike (Hymer) is trying to track down, and the first half of this movie is one scene after another of Spike finding the mark on women all over the globe and throwing down his hat in frustration. Spike finally learns that Bill is the man who’s been getting in his way, so the two fight it out until they become fast friends.

They’re living together and everything is grand until Goldie (Harlow, naturally), a stunt diver at the local circus (and another prior lover of Bill’s) drops in on them. Goldie is only out to shake Spike out of every cent he owns, and Bill knows if he interferes, Spike will learn of his and Goldie’s past and get sore, so to speak. Goldie is all but rolling her eyes as Hymer hands her dollar after dollar, and Tracy wrings his heart out to the screen– weird way to make a comedy.

All of the women shown here are performers, prostitutes, widows, or widows while their husbands are away. Considering there’s also a scene where Harlow fakes being raped by Bill in order to infuriate Spike, this isn’t exactly The Feminine Mystique. Hell, it’s barely a step above The Swingin’ Cheerleaders in its depiction of women.

That makes Goldie not so much a story of two men who have to guard each other from vicious women, but the question in how they must constantly guard against their own stupidity when it comes to a pair of pretty eyes. This is another film that makes the men out as scared little children who scamper into sexual escapades but become overwhelmed when real emotions enter the picture. And the less said about the euphemistic tendency for Bill’s middle finger to break in a fight and Spike needing to delicately pop it back in its socket, the better.

I suppose in the end, my recommendation on this film doesn’t mean a whole lot at the moment; I was only able to see it because the fabulous and all-around great Karen at Shadows and Satin gave me a copy on a burned DVD. This copy is a transfer of a VHS recording of someone videotaping a screening of the film who-knows-how-long-ago. Frankly, it’s a Fox Film, so the fact I was able to get a hold of the movie at all, which I’ve been seeking out for some years, is still pretty great.

That makes this, in its current state, an item of curiosity just as much as it is a film. I can’t imagine a Spencer Tracy expending much effort on this one, since this role is exactly what he was doing again and again at the time. And I can’t imagine anyone seeking out the entire filmography of Warren Hymer. I just can’t.

The real curiosity then is Jean Harlow. This film can probably be considered the nadir of her film career, coming after roles in Iron Man and The Public Enemy that showcased her stunning looks but left her looking awkward in the acting department– she didn’t have an ounce of naturalness in either of them. This film came before she did a few excellent pictures at Columbia, Platinum Blonde and Three Wise Girls. Goldie sits in an awkward middle; Harlow doesn’t show up until the halfway mark, and there’s no color to the character. She’s just despicable through and through. But Harlow still brings something to it, a cool nastiness that radiates, and its a few decibels closer to witty rather than shrill than her previous turns. There are still a few theatrics that would need to be ironed out, but Harlow needed better parts at this point more than anything.

If you take the time to find Goldie, it may be good for a late night watch. If it’s showing at a festival or if Fox every manages to release it on home video (shortly after hell freezes over, I’m sure), its rarity is reason enough to see it. But it’s a movie you’re seeing for what its stars would become rather than for anything they were at the time.

According to the MPAA/PCA Collection at the AMPAS Library, producer A. L. Rockett agreed to make two changes in the film, after it was submitted to the Hays Office, to conform to the requirements of the Production Code. These involved some lines uttered by “Spike” before he looks through a keyhole at a woman in a bathtub which made clear that he had been involved with the woman in the past (apparently the scene without the lines was supposed to imply that Spike’s peeping through the keyhole was unpremeditated); and shots of a woman “dancing the hootch” at the carnival scene. Rockett, however, left in the film four items which the Hays Office warned could be considered objectionable by the various censor boards. When Twentieth Century-Fox attempted to get a certificate for the film’s reissue in 1937, Joseph Breen wrote that the film “raised a storm of protest” when it was first released because of its “vulgarity and low moral tone.”