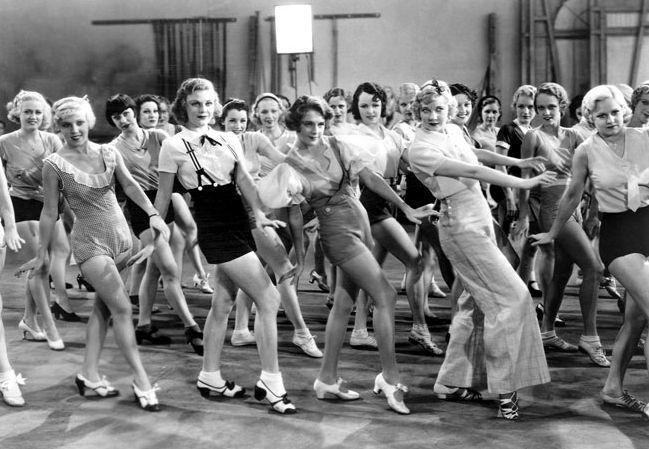 As I mentioned back in the monthly TCM roundup, I will be attending the Turner Classic Movie Film Festival for the first time this year, running from March 26th to the 29th. This is the sixth annual installment of the festival, and each year they’ve shown some great pre-Code films. The festival organizers are always slow to trickle out news, so it’s not surprising that with only two months to go, we’re getting our first tidbits about the early 30s films they’ll be showing. And the first is…

42nd Street (1933) The ever-popular musical 42nd Street gets a facelift with the world premiere of a new restoration. The film brought back the musical just a few years after a glut of all-singing, all dancing movies had made the form box-office poison. For the first time, dance director Busby Berkeley demonstrated the potential of the film musical, creating numbers that, though ostensibly part of a big Broadway show, would never fit on any stage. At the center was a surprising new star, Ruby Keeler whose youthful exuberance, particularly when teamed with boy singer Dick Powell, were just what Depression-era audiences needed. She went into her first billed film role as a youngster, but when the picture opened, she came back a star.

The other cool announcement for fans of early 1930s film is that David Pierce and James Layton, authors of The Dawn of Technicolor, will be giving a presentation at the festival. I have a review of the book forthcoming (as I’m sure you’re excited to know), but I think it’ll worth seeing the presentation even if the book is a greasy roll of film between two oranges peels. Hell, it may be that might make it more interesting to see that presentation.

Either way, traditionally the TCMFF has programmed a number of pre-Codes, including restorations of obscure films and midnight showings of more infamous ones (such as Freaks last year). If you head to any of those this year, you’ll see me, covered in what is sure to be a fine mixture of exhaustion and popcorn bits. Hope to see you there!