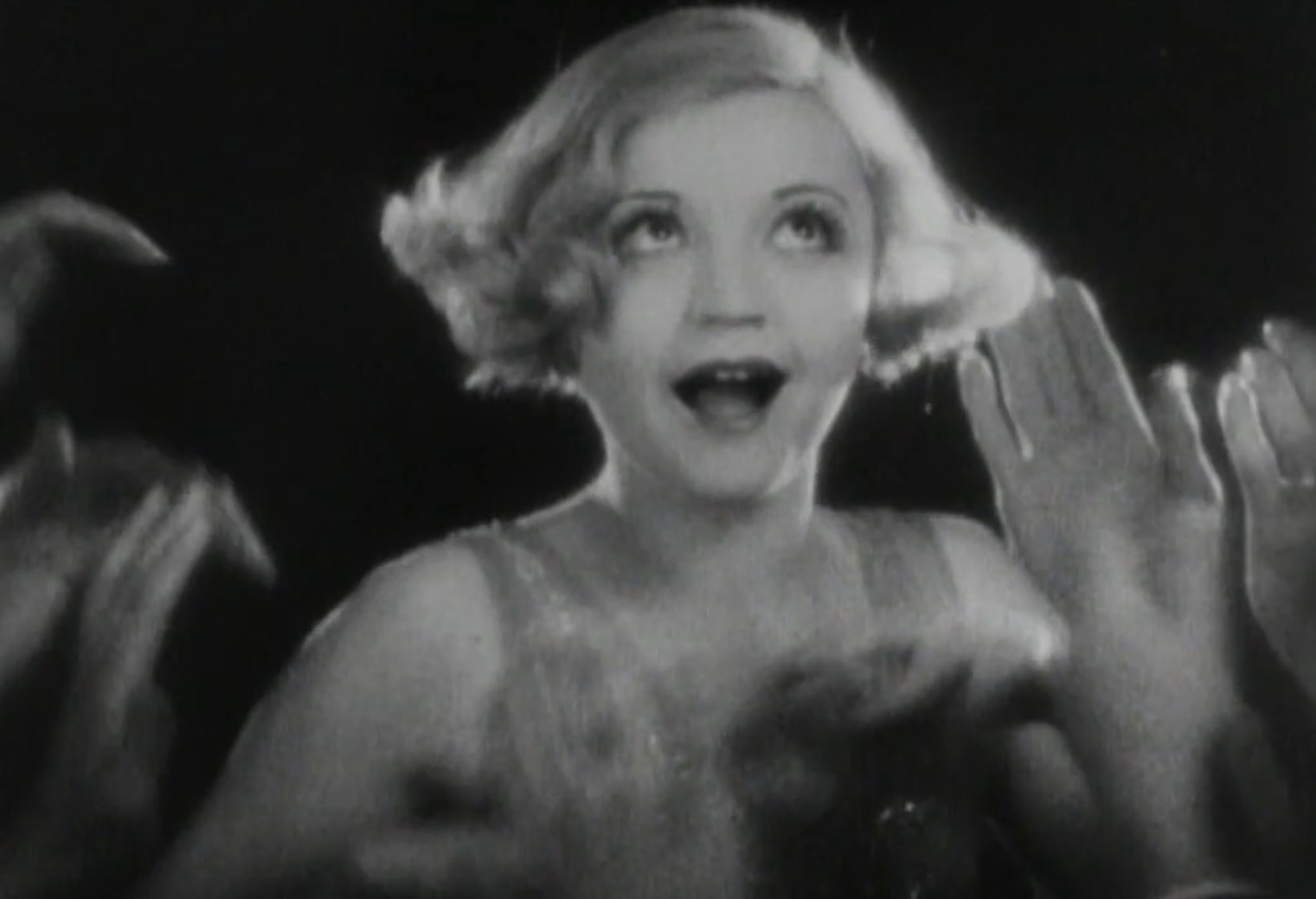 “The trouble with this bunch is too much money and no responsibility.”

There are actually a few other problems, too. The Naughty Flirt covers the scintillating territory between love and deception, how trust factors into a relationship, and the mystery of sex. Then it throws up its hands by act two as the movie is too flimsy to keep up the pretense of thought for even a meager 15 minutes.

The film stars the beautiful Alice White; I mention ‘beautiful’ because I see her face posted on the pre-Code Facebook pages more often than anyone else. Maybe it’s her obscurity, maybe it’s the dozens of ludicrous publicity shoots she participated in (including the one in the header of this very website), or maybe it’s just because she’s got ‘It’. Probably it’s a mixture of those. Because it’s sure as hell not the quality of the film’s she starred in during the pre-Code era, that’s for sure.

White stars as Kay Elliott, a naughty flirt who works her way through finishing schools almost as fast as she goes through men, loving and leaving them with a frenzied regularity. Jack Gregory (Douglas Gilmore) takes notice of this and of the millions her family has . Gregory’s sister Linda (Loy), plays his Lady MacBeth, as they seek to recover their fortunate which disappeared in the early days of the Depression. Their plan goes well until uptight, mega-bland Alan (Page) sweeps Kay off her feet.

Their courtship is aggravating. Kay makes a bet with her pal that she’ll make Alan all misty before midnight. She does this by faking her own complications: she’s a naughty flirt just to teach gigolos a lesson!. Alan falls for this hook and line, but then learns about the bet. The movie tries to convince us that Kay was being honest here, though she later threatens to marry another man simply out of spite. Several times. So she really is just as shallow as she seems.

Since we can’t take Kay seriously, you’d hope the other lead would have some redeeming trait. Unfortunately, Alan is the typical 1930 leading man role, where he is superior, uncaring, but, gee, just likes getting a kiss. He sucks up to her dad unceasingly. He demands the utmost loyalty and honesty while never giving it himself. What a guy.

I have to complain about the ending to this film, because it really is the cherry on top. Linda plays a trick to make it look like Alan had arranged a tryst with her the weekend Kay and Alan are finally celebrating their engagement. Kay stomps off, but changes her mind when she eavesdrops on Alan saying he figured out the ruse quickly, and is fine with Kay leaving him if she’s going to be that way about it. Again, what a great couple.

Kay’s plan to win him back involves arranging a shotgun marriage with Jack Gregory. A friend alerts Alan and they race to the chapel, only for Alan to stand there when the priest announces, “If anyone wishes to say why this couple shouldn’t be married…”

And he doesn’t do anything. He looks sad, feeling that Kay has made her choice. What kind of fucking romance is that? He literally knows Jack’s a gold digging gigolo, and that Kay is rushing into marriage to spite him. Part of being in love is knowing when to tell the other person they’re doing something stupid or dangerous. Alan fails this basic test; he doesn’t really care about her. He’s pathetic.

Don’t worry, everyone out there on the edge of their seats, when ‘I do’ crops up, Kay immediately says no, delighting Alan when she tells him that she was proving that both still cared. That his moment to make a stand passed doesn’t seem to affect her, but asking for anyone here to do anything but throw dialogue in the air and pick up the charred remains seems beyond difficult.

White’s spoiled rich girl character never seems to learn or grow; when she takes on a regular 9-to-5 job, she never learns to appreciate any of the work or effort put into it. When Alan finally gets over his fear of rejection, he never manages to fully conquer his petty jealousy. This is a romance between two people who only grow ‘so far’ for each other, and every time they do, they slip back. That marriage is going to be a trainwreck.

Alice White’s boop-a-doop eyes were a substitute for a personality in her early talkie roles, which were let down by a lot of bad scripts, this one included. None of the other cast is very remarkable; this is even a throwaway role for Loy, who did much more deliciously malicious actions in plenty of her other early roles.

The Naughty Flirt’s one of those movies whose ending deserves a clear shout of ‘go to hell’ from the audience. There are probably Amish romance novels out there that are more risque than this drivel, too. Avoid.

5 Replies to “The Naughty Flirt (1930) Review, with Alice White and Myrna Loy”