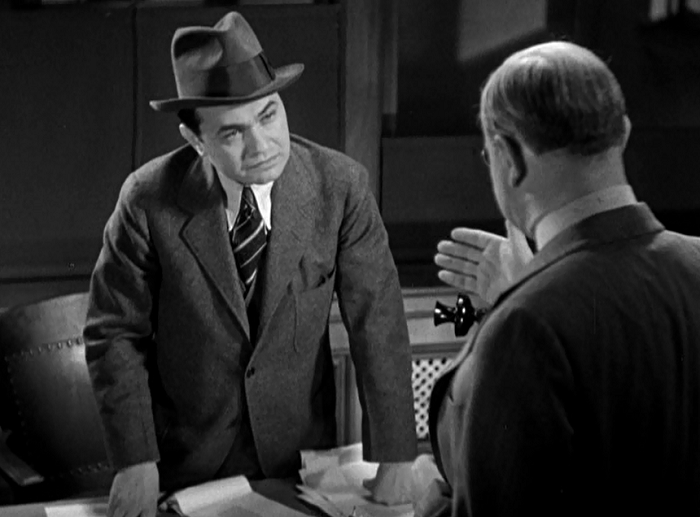 Well, Edward G. Robinson has had enough of it! … Eventually! 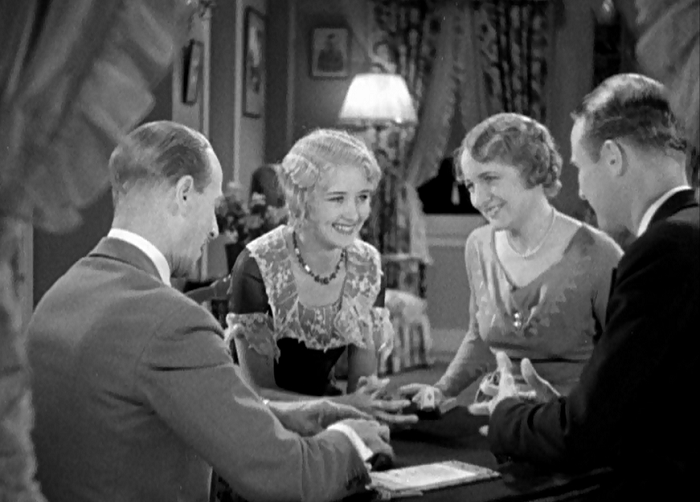 Leering on the unsuspecting family. 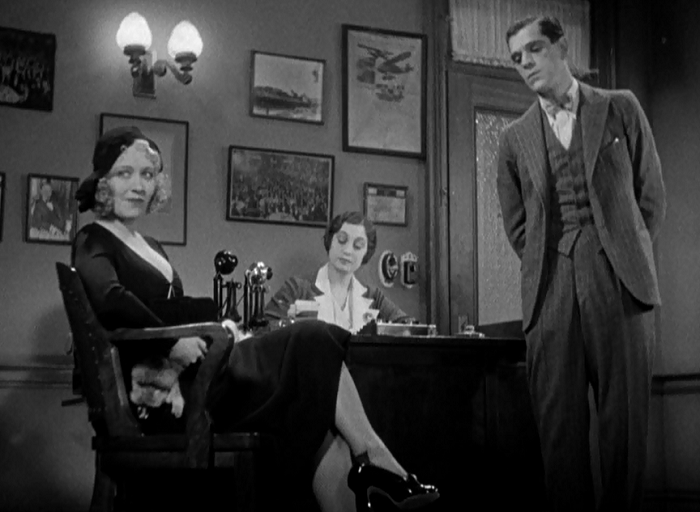 Karloff, creepy even without makeup. 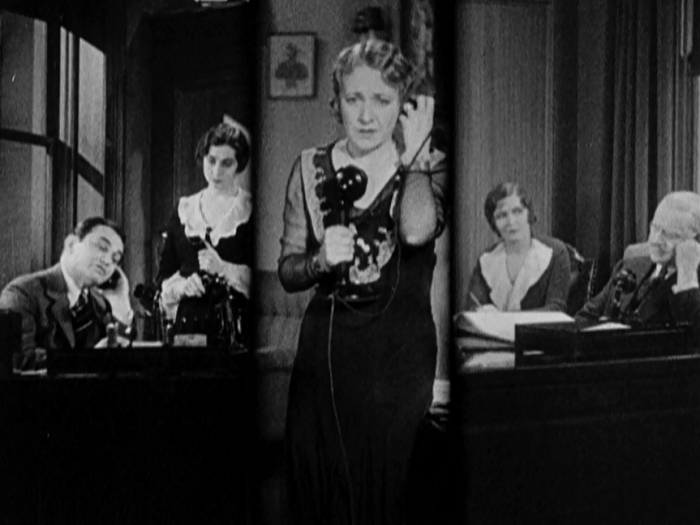 Are you feeling claustrophobic, Nancy? 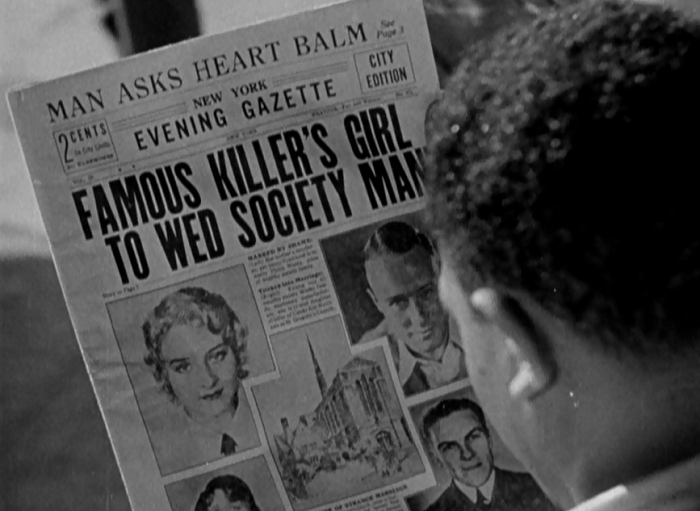 The edition containing all of the dirt to destroy the Townsend family once and for all, whether they like it or not. 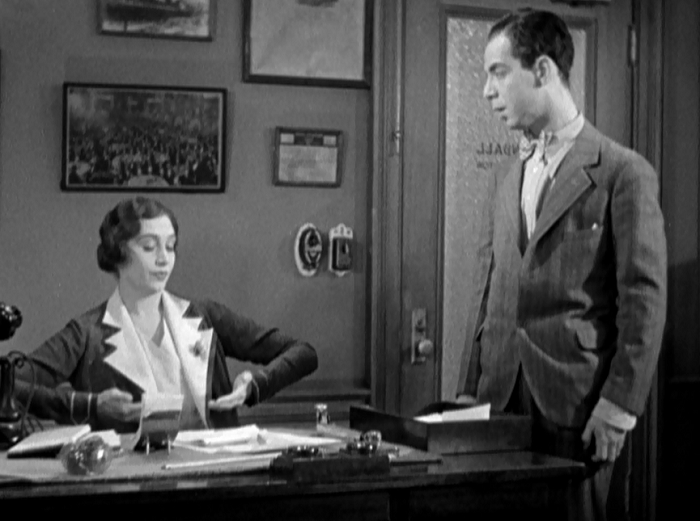 Garbanzos? Can I call them that? 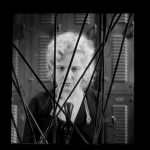 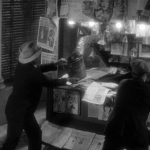 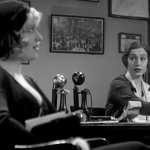 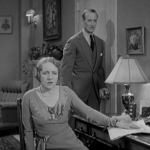 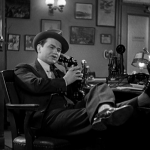 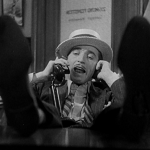 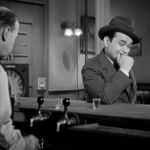 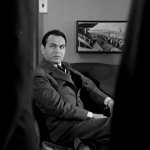 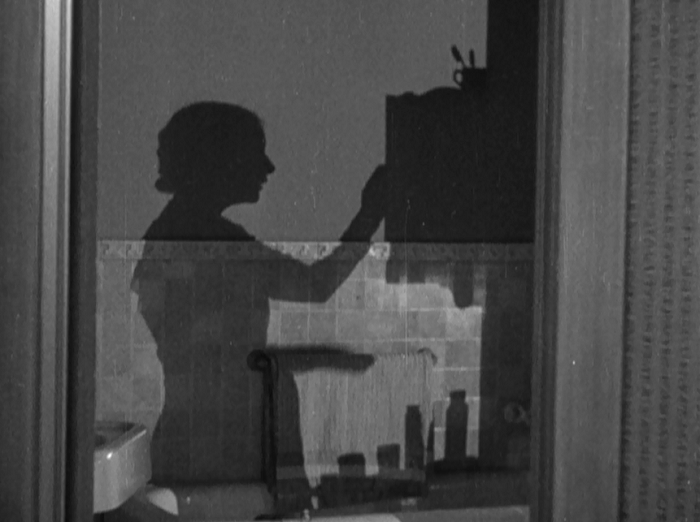 Some other reviews I read insisted that a gun was used in the suicide, but, uh, no. Pretty sure she poisoned herself. 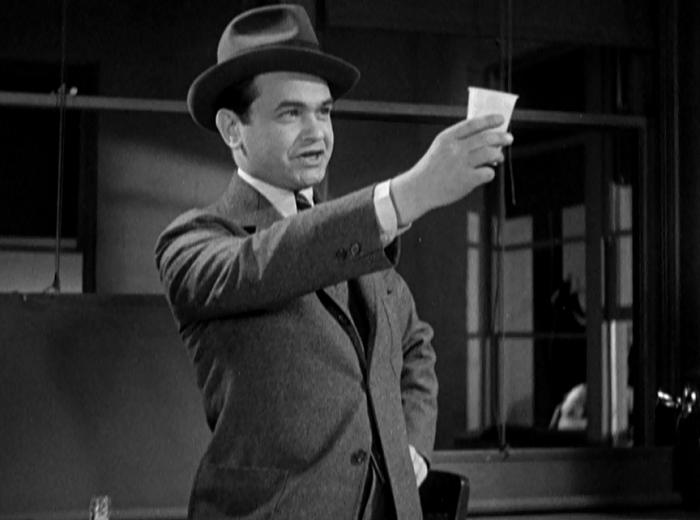 If you made this movie into a drinking game and simply drank every time Robinson did– dead. Before the end credits. 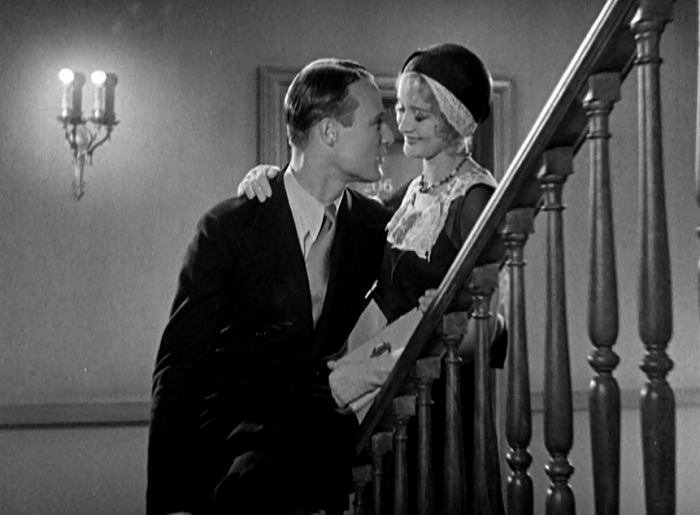 For the record, I could have done with a lot less of this love affair, since it’s so cloying that it’ll give off cavities. 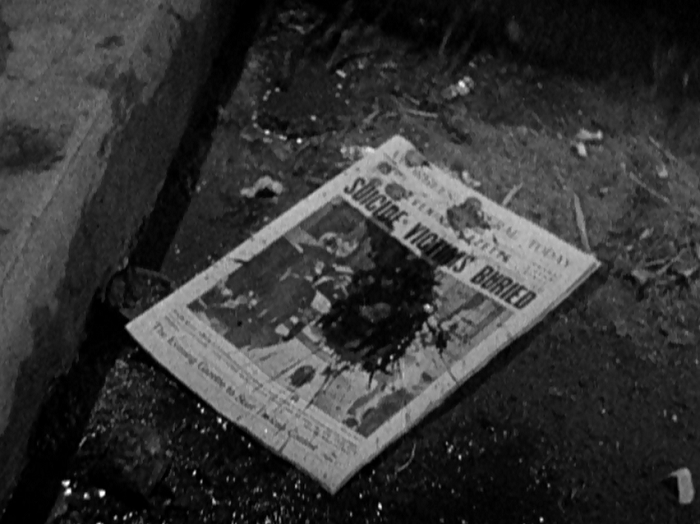 If only I could do that to online newspapers. 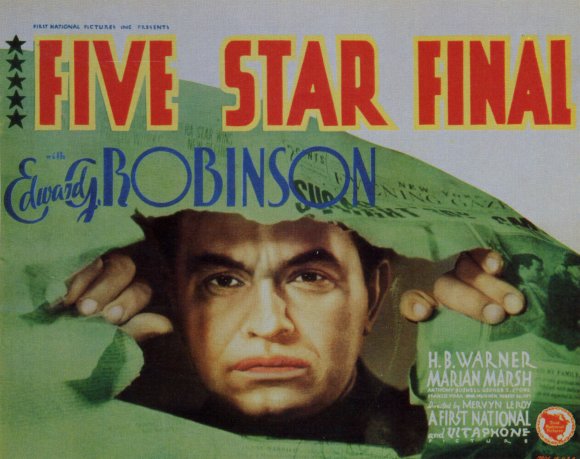 First-rate write-up, Danny, as always. Loved your insights and the trivia, and thank you so much for your kind words about my site. I’m so glad you liked the movie!

Much appreciated Karen, for the both the movie and comment. Keep up the good work!

This film is a near classic due to the newspaper scenes and the powerful drama. But it’s almost a tale of two movies. It almost seems like some new wave of hard edged Warners contract players are clashing with this old guard of silent movie actors trying to melodramatically adjust to sound. The first time I saw it I thought it was a great movie. The 2nd time…well, Robinson, McMahon, Karloff, and Co. are still terrific but the romantic leads and the family members just suck. Bad early talkie acting running wild.

That said, Robinson’s total meltdown at the end is just epic. I remember my dad’s reaction during that climactic scene: “Robinson has finally decided to do some acting here!”

Danny: After reading about this movie for years, I finally caught it on TCM last week. What a great, great movie. And a reminder (as if I needed one) of what an amazing actor Robinson was. He could generate chemistry with a potted plant. And Karloff? As you said; terrifying, even without makeup. Great review!

Thanks, glad you liked the movie! That finale really is something else.

Yes, the finale is great. For just a split second there, when Robinson takes the phone call, his reaction to the reporting of another lurid story made me think, wow, he’s right back in the gutter! How cynical is that? And then he reveals how he really feels and finishes with the “shove it up their–” and the telephone through the glass. Boy, that was satisfying.

The Townsend family is a little too goody-goody in their goody-goodness, but I guess they have to be in order for the Gazette’s exploitation to be as thoroughly hateful as the movie wants it to be. Danny, you’re right when you call this movie unsubtle. But that doesn’t stop it from being a fun watch. One thing I liked about the Townsends was how the young couple’s trajectory mirrored the older couple’s past, as the jejune, banal young man finds the strength to break from his family and marry Jenny; his final appearance showed him to be growing into somebody with unexpected spine. I imagine H.B. Warner was supposed to be like him when he married Nancy all those years ago.

It’s awesome seeing Karloff here. And all of the second line actors are just great: Ona Munson, George E. Stone, and Aline MacMahon (in what I think Robert Osborn said was her first movie appearance).

Finally, about the suicides; I had to rewind to check what Nancy took out of the medicine cabinet, because her moan and immediate fall to the floor made me wonder if maybe she’d used a razor to slit her wrist or something. World’s fastest acting poison, I guess.

Yeah, this is a solid little film. And you make a great point about the parallels between the older and younger couple, with Marsh saying the peace her mother never got to.

And I would guess Nancy took some sort of rat poison. Though I don’t know what you’d keep that in the medicine cabinet…

Good movie, and good review. As corny as some of the movie was, I actually “fell” for it and was somewhat gratified that the erstwhile son-in-law didn’t cave to his money-grubbing parents in the end. Just goes to show that even a corny ’30s movie can get under your skin.