The First World War was still readily in the minds of filmmakers as talking pictures arrived. On the heels of Wings‘ success in 1929,  talkies ushered in a crop of movies all along similar ideological and dramatic lines, including 1930’s Best Picture Winner, All Quiet on the Western Front. And while there were many serious war movies that pointed out the futility of trench warfare and extended combat like All Quiet, there were plenty of other angles to be mined: Ever in My Heart looked at racism towards German-Americans, Mata Hari and a host of others delighted in spy games, Hell’s Angels hammered the action aspect, while even comedians got in on the act. Buster Keaton, in the midst of his MGM hell, produced Doughboys while the Marx Brothers had only a few years to go before their spoof, Duck Soup, would become a benchmark for screen comedy by twisting the war into an unrecognizable form of insanity.

And while the dramas, spy thrillers, and satires remain with us today, there are a couple of other genres that were unique to the late-20s and early-3os that also got the treatment. One that particularly hasn’t stood the test of time is the “wiseguy” movie, starring a smart alec who knows more than everyone and, in the course of the film, is proven completely right. Today these movies are seen for what they are– kind of annoying, really– but oftentimes pictures about common guys with a wise mouth could find some measure of success, especially when led by Jimmy Cagney.

The silent film What Price Glory? (1926) was a successful variation of this, taking a pair of hardassed marines named Quitt and Flagg and letting them bounce off each other as they ran amuck across the armed forces and the world. The movie was a success and spawned a pair of sequels, including the beautifully named The Cock-Eyed World (1929), Women of All Nations (1931), and Hot Pepper (1933). It’s unsurprising that others would try and cash in on this, least of all producer Howard Hughes. His Hell’s Angels had just made a pile of dough, so a follow-up may not only include more spectacular air footage, but also a wiseguy know-it-all ready to strut his way across the Eastern Front.

Spencer Tracy was stuck in this kind of role in the early 1930s, the jerk who steamrolled over a couple of dumb sidekicks and single handedly saved the day and got the girl. You may have noticed that this kind of wiseacre is more of a common of a 20s/30s trope than anything you’ll actually get during the war. This sort of application of a 1930s stereotype into a historical setting is pretty much the definition of revisionism. Here is World War I by way of the modern man. See how flippant he is? See how unpatriotic? See how this big old war ain’t nothing to him?

The sentiment here is that Tracy’s Wilkie is a man above and beyond the stupidity of the war. A decade on and World War I is a cartoon. No one can take it seriously– not why we were there or what we were doing. Bravery is accidental, and every soldier’s story of heroism is just handed down from the other poor dumb soldiers.

It’s inherently, deeply cynical, wrapped up in a comedy so that its many winks and nods don’t push the audience too far. But for a movie that doesn’t take the war seriously, it sure wants to capitalize on it– the final third consists of mostly aerial acrobatics (stock footage borrowed from Hell’s Angels, naturally), a long series of daring stunts that sink in the tensionless screenplay which inexplicably keeps Wilkie away from airplanes in spite of the title and instead running around on the ground from one set of contrived circumstances to another.

The overall plot of Sky Devils could be called haphazard, though that may be underselling it. The jokes flail– one bit that sees everyone having a half serious conversation on an exaggeratedly rocky boat ride is notably dismal in execution– and are vulgar in completely uninteresting ways. Wilkie and Mitchell aim to stay out of the army and don’t, eventually working their way from shoveling horse manure to becoming fliers, both by flattering the officers and getting into fights with their brusque leader, Sergeant Hogan.

The movie becomes pretty interminable as it draws near the 60 minute mark, something that only magnifies when you remember the movie is 90 minutes long. Much of the comedic dialogue is simply Tracy delivering a put down or insult, and his dumb guy friend either meekly acquiescing or a terse, “Oh yeah?!” in response. Because of this, and while I’m pretty certain this dialogue never occurred, much of the movie’s back and forth sure feels like it follows this pattern:

Sky Devils‘ highlight comes from an energetic Ann Dvorak, the only piece of the movie that offers any thrills– an almost sad fact in a movie that involves so many aircraft exploding. But the truth is that Dvorak, in her only second credited role after years working as cinematic chorus girls, really gets to let loose and have fun. Her Mary follows no discernible plot. She’s an entertainer on the front, but wants to see ‘the real war from the trenches!’ for some unexplained reason and then just ends up tagging along behind Wilkie as he tries to get into her pants and away from the bombs. Luckily, Ann undertakes all of the ludicrous goings-ons with a big smile and an unmistakeable gleam in her eye.

But, as vital as she is, the rest of the movie is trapped in a miasma of resentment and indifference. The American officers are buffoons, the French girls are flirts, and the Germans are practically non-existent. Even though the movie is most certainly in a cartoon world, it’s still unsettling to see Wilkie, Hogan, and Mitchell killing so many people with such complete indifference. But it fits in with what Sky Devils and many post-World War I films are saying: it wasn’t our fight and we were better than it. Next time let’s let Europe handle its own mess.

If you want my sincere advice on tracking down and watching Sky Devils, it’s this: don’t. It’s a really lousy comedy that’s a bear to sit through. But for a good example of 30s machismo being applied in retrospect to one of the world’s deadliest conflicts… well, there are still better movies to track down. 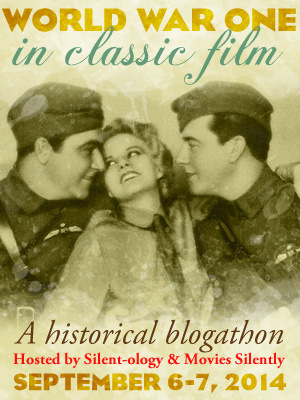 According to various news items and information in the Jack Mintz Collection at the AFI Library, two separate films were shot, the result of which was Sky Devils. The first production, never released, was directed by Edward Sedgwick in May-June 1931. Sedgwick, however, resigned. Filming resumed in September 1931 with a rewritten story, under Edward Sutherland’s direction, and with Charles Stallings as production manager. The Sedgwick-directed story ended with a scene in an Arabian desert. The extent to which the plot was altered elsewhere has not been determined. According to a Film Daily news item, Lola Lane and Sidney Toler, who appeared in the Sedgwick-directed production, were committed to other films by August 1931, and Lane was replaced with Ann Dvorak, while Toler was replaced by William Boyd. It is doubtful that any footage from the Sedgwick-directed production appears in the released film. 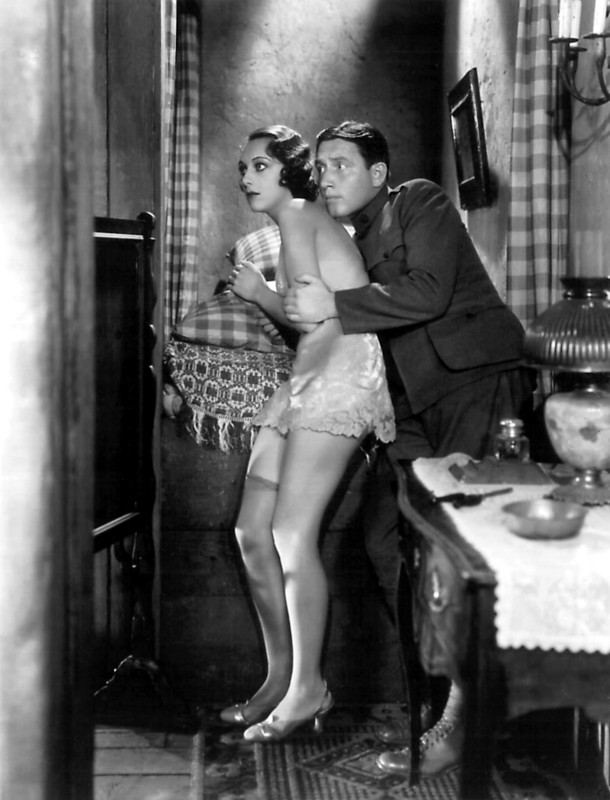