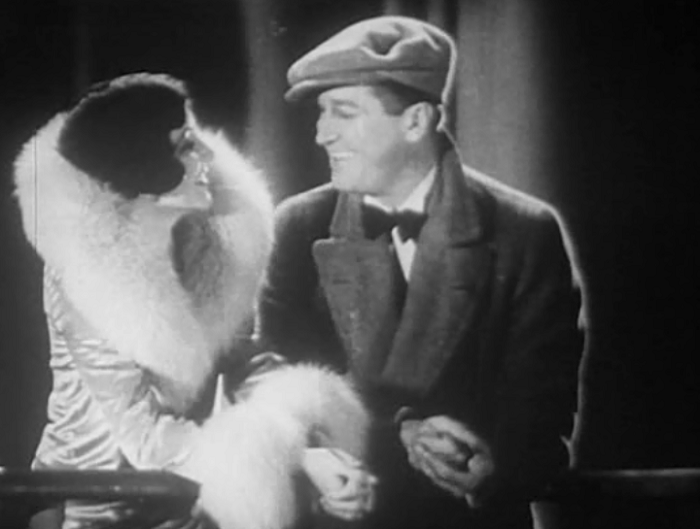 The Big Pond: You’re Soaking In It

“Me? I’m like a good French cheese. Every day I get stronger and stronger!”

It took me a while to nail it down, but I finally figured out who Maurice Chevalier in The Big Pond reminds me of: Cousin Balki. Yes, the comic creation from the 1980’s sitcom “Perfect Strangers”.

Both Balki and Pierre, the character Chevalier plays this go around, are joyous and animated to a fault. Both are immigrants to the country eager to make it big and work hard. Both are just goofy as hell, but it’s the enthusiasm of the actors that sell the whole thing.

Chevalier was just such a huge thing in 1930, and it’s not difficult to see why. He is a goofball on the surface, but his accent and smooth voice sells the romance behind every one of these tunes. It’s important to point this out, since I normally only point out the negative, but this is a musical from 1930 that isn’t bad. All of the songs belong to Chevalier, and each is a sweet little ditty.

The plot isn’t too shabby, either, even if it is pretty thin. Pierre is a tour guide for young Babara Billings in Venice. This involves a certain amount of canoodling and singing in gondolas, which lead to both of them falling in love.

Barbara’s father (George Barbier) is a chewing gum magnate, and her fiancee, Ronnie (Frank Lyon), is one of the plant’s supervisors. Neither are very thrilled by this turn of events, so they decide to bring Pierre to America, force him to work in the chewing gum factory, and break him through hard labor.

Their plans misfire as it turns out that Pierre is more than game, and soon wins the respect of his foreman (Pre-Code regular Nat Pendleton). After an incident with a spilled bottle of stashed-away scotch, Pierre invents alcohol flavored chewing gum and becomes a success at the company, winning him a handsome promotion and a large salary. He becomes an enthusiastic businessman, coming up with new plans and working until all hours of the night.

Unfortunately this success distracts him from his relationship with Barbara, and she begins to fall for Ronnie’s seductions. After she sees Pierre re-appropriate the love song the two of them had shared into a jingle for her father’s company, it’s the last straw and she turns down his marriage proposal. Will they work it out?

The film plays with the ‘Old World meets New World’ clash liberally, happy to portray Americans as gruff and inconsiderate while Chevalier’s Parisian charms delight and amuse. All of the ‘good’ Americans come around on Pierre because, honestly, the guy can take just as good as he can get, which is the key for male bonding in that and every other generation of Americans.

It’s also a matter of capitalism, where Barbara demands the lackadaisical Pierre become successful and begins to immediately resent that it takes a bite out of their love life. You can either be continental, carefree and sweet, or hardworking and too busy for anything else. A balance must be found, and the characters seem to solve it at the end, but it’s interesting to note how much of this was portrayed as a culture clash back in 1930 whereas now it seems par for the course for everyone.

The Big Pond is charming, but not without its problems. Still a very early talkie, there are quite a few moments of stilted dialogue. Colbert has a knack for it, but most of the other actors (Chevalier included) leave odd pauses between lines. It’s not annoying, just noticeable. It should also be mentioned that despite the fact that it’s a romantic comedy, Colbert is mostly relegated to the sidelines to nag and fret; no fun.

The film very much feels like a vehicle specifically designed to make Chevalier appear to be the most charming and wonderful person in the world, and in that regard this propaganda succeeds admirably. He even becomes friends with his landlord’s daughter, and treats her like a princess. In the end, the only one who resists his charms is the film’s villain, and even he at least feels like a heel about it.

To go back to the beginning, The Big Pond’s Pierre works here unlike “Perfect Stranger”‘s Balki because his sweetness never seems dumb. He’s a smart, nice guy who gets through the film by working hard, realizing his flaws, and improving upon them. Though the solution isn’t surprising, the journey there is smooth and sweet. 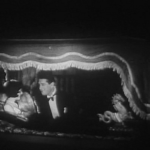 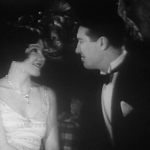 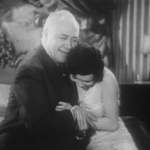 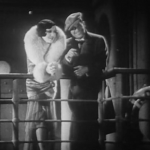 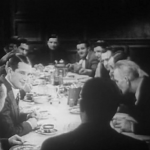 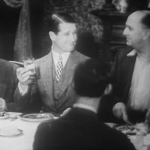 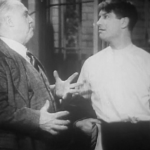 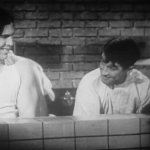 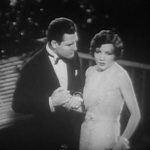 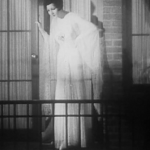 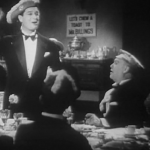