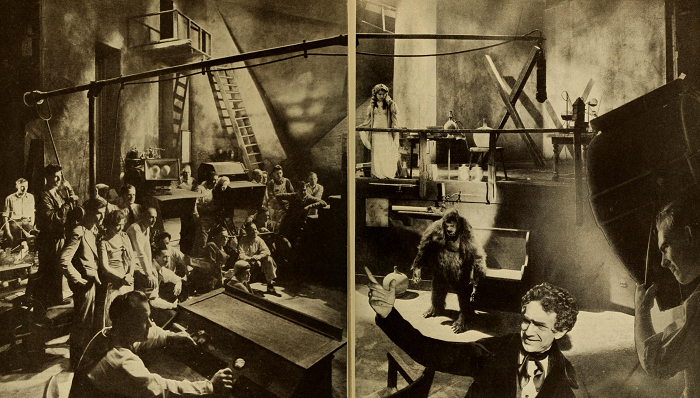 Because of the cost of sound, the stock market crash and the move towards studios owning movie theaters that exhibited their films, consolidation came fast and hard in the early 1930s. Many independent producers folded up, while others were simply bought wholesale.

The major studios controlled all aspects of film creation and distribution, from having stars under contract to the movie theaters their films were shown in. Studios tended to be very autocratic, often with a few moguls or heads of production in charge of keeping a tight control of stars and actors.

The five majors were:

The three mini-majors, who mostly operated as producers and distributors but not exhibitors, were:

Click on a studio to learn more about its productions, history, and the people behind the scenes.