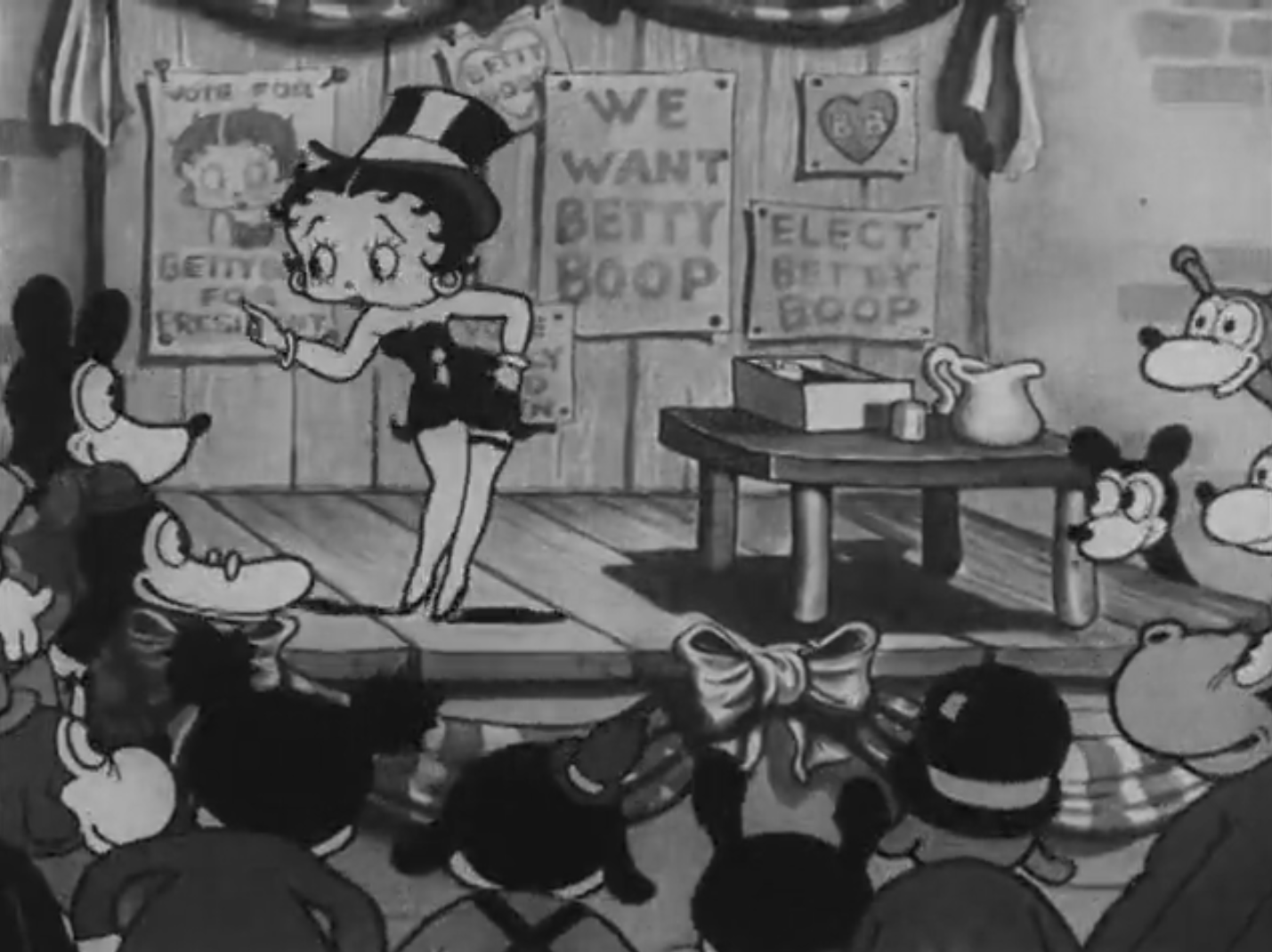 “What this country is in need of is a lot of heidi ho, boop-a-doop, and chocolate ice cream!”

Released just before the 1932 Presidential election, “Betty Boop for President” imagines the squeaky flapper as a major presidential candidate. In sticking with the series’ trademark surrealistic bent, Betty’s promises range from limousines for street cleaners, a giant umbrella to cover Manhattan, privacy booths for dogs and fire hydrants, and they even go so far as to suggest a new penalty for those on death row– the electric chair would now turn you gay. Her opponent, Mr. Nobody, has a retinue that mostly relies on ‘Who cares?’, causing hisses from the audience. No doubt Betty is exactly what the doctor ordered.

It’s definitely a harmless bit of fluff, though moments where Betty’s face morphs into those of Herbert Hoover and Hoover’s 1928 general election opponent, Al Smith, may be a little confusing. But those are few, and the moments where Betty stands in front of a rowdy state house divided evenly between elephants and donkeys squabbling on minor points instead of big issues is undoubtedly timeless.