“How can two people be so much in love and not know it?”

It hurts to be hurt. Emotional pain can reverberate in a person’s life, bouncing off their inside walls like a screaming echo. That resounding pain can drown out a lot, and it can make even good decisions seem like compromises. I bring this up because Consolation Marriage, despite the obvious plot machinations, is about humans reacting to pain and the vagaries of life with caution and restraint. 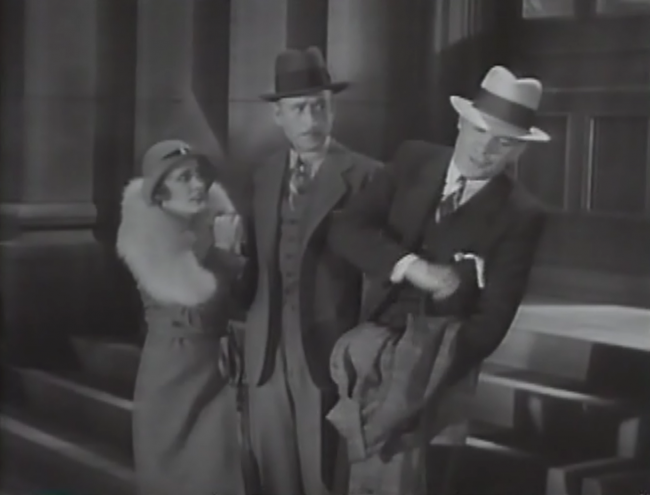 Two people, heartbroken after being spurned by their separate childhood crushes, find friendship in the arms of each other. They’re musical Mary (Dunne) and wry journalist Steve (O’Brien). On a whim and because they like each other so much, marriage enters the picture. (Steve: “Sure, getting married is no great leap for a couple of booby buddies like us, and it might give us a chuckle or two. I mean it!”.) They try to make their marriage disposable in case something should happen, but instead they end up with a daughter and a growing affection for one another. They’re flanked by loyal friend Jeff (Halliday), the only one of them who is willing to point out that their happiness seems pretty legit.

Something has to happen in the last act, and, of course, both of the selfish ex-lovers return, practically on the same day. Instead of making it about Steve’s waffling, the film smartly gives Mary the first moment to seize– and, surprisingly, she does. Her swarthy musician lover Aubrey returns and begs her to run off to Europe, and, knowing Steve is already preoccupied with even the thought of his ex, Elaine, Mary decides to bolt. 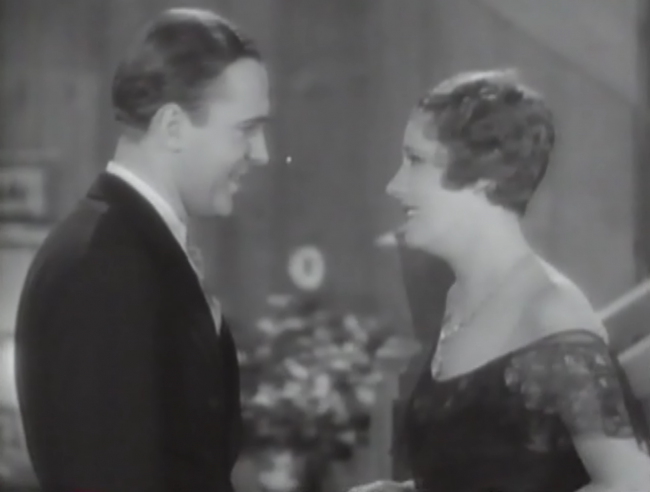 To compound the tragedy, she takes her infant daughter in her arms and rationalizes it all to her. This scene is a killer, played by Dunne with a mix of romantic optimism and a grueling sense of suppression as she selfishly justifies every argument to her then and future daughter before rushing out the door. That her resolve only lasts a few hours isn’t much of a surprise– she is human. And as much as they both try and deny it, there’s something there.

Consolation Marriage is a fairly witty and slightly sad look at how exactly life can be a negotiation. Pat O’Brien, who is usually consigned to playing jerks, plays one here with a great sensitive side. Irene Dunne, just coming of Cimarron, uses her singing talents for one sad song and ably demonstrates her great dramatic range. The supporting cat’s highlight is Halliday, who makes much of the machinations palatable, and Myrna Loy, who takes a wisp of a character and makes her teeth-bitingly enticing. 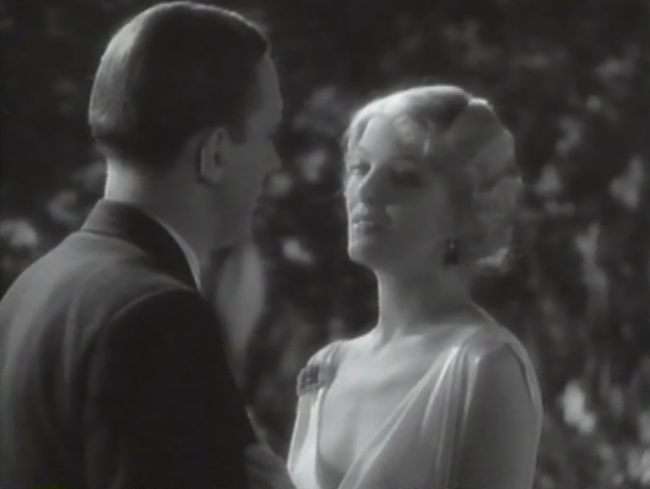 I normally don’t go for dramas like Consolation Marriage— the structure is apparent from the title, and the sad morose bits are often drawn out. But this film refocuses it into a weird sort of romantic comedy laced with the finer points of tragedy. While it’s not revolutionary or naturalistic, the movie is a pleasing little weepie, well made and undeniably human.

The production of Consolation Marriage was completed in August of 1931, including a complete cast and crew vehicle caravan field trip up to San Francisco’s Steinhart Aquarium for a scene involving two rare seahorses. The movie premiered at the Cathay Theatre in Los Angeles on October 15, 1931, and the critical reception of the film was favorable. At the premiere, venerable Hollywood emcee Ken Murray managed to forget relative newcomer Pat O’Brien’s name, and the energetic actor took the opportunity to commandeer the microphone and proceed to enthusiastically thank the entire cast and crew of the film.

Nearly fifty years after Consolation Marriage, Pat O’Brien and Myrna Loy appeared onscreen together again, this time playing the parents of star Burt Reynolds in his 1978 comedy The End. In her autobiography, Loy remembered the acting tip that O’Brien gave while they were making Consolation Marriage. “Stop acting with your neck!” he advised her, noting how she was tensing up her neck muscles to portray emotion instead of generating it internally. When they were reunited in The End, Myrna Loy happily thanked Pat O’Brien for his sage advice which had served her well over her long and distinguished career.

The performances are a tad shaky at times on part of Lester Vail and, quite surprisingly, Myrna Loy, who seems unnatural in the scene where she tells Steve she is married. Irene Dunne and Pat O’Brien, however, are both great, and since they’re the focus of the film, the weaker moments of acting aren’t too distracting. Dunne’s character of Mary is very sweet and the actress wins the audience over from the start.

Nonetheless…there is something I love about this movie. Maybe it’s the friends to lovers formula. (I’m a sucker for When Harry Met Sally.) Or it could be the more mature viewpoint that true love is not always found in fireworks, but silently blossoms over time, in the everyday ordinary. Either way, Consolation Marriage has become a guilty pleasure.