Hell Below: The Deep Dark Depths

“Life can’t be lived on a sentimental basis!”

Thomas Knowlton is, that he certainly doesn’t know at the time, at the peak of his life when the curtains lift. It’s 1918 in an Italian naval port, and his American submarine has just put in after some action. Even though the captain’s got a few bullets in him, he thanks Thomas and says that the navy would have to be crazy not to make him the boat’s new skipper. The crew loves Tom. He’s the hero until the new captain arrives, and he’s exactly what no one wants. T.J. Toler is a by-the-book officer who takes an instantly dislike to Thomas’ best friend, Brick. To make things worse, he also has a beautiful daughter, Joan, who Thomas must help rescue during an air raid later in the evening. 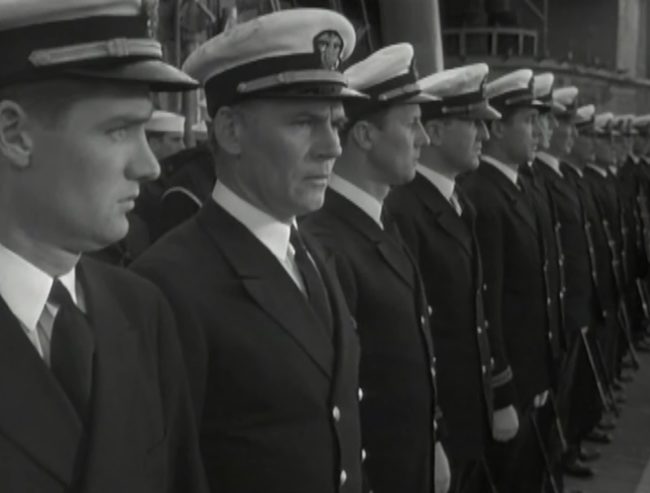 Thomas watches his life unravel quickly. He falls head over heals for Joan, though her husband, despite implications, is still alive, but merely paralyzed (notably) from the waist down. During a botched attack on a German destroyer, Brick is killed by enemy aircraft while Thomas is knocked unconscious and dragged back into the retreating submarine. He sees his friend haunting him from the periscope, causing him to attack another group of German destroyers, sinking two and leaving the third one free to track his ship down. The ensuing chase is one of the most tense put to film, pre-Code era or not, as the sub sinks to the ocean floor and things get worse from there.

Hell Below wins a lot of prizes in my heart, not the least of which is the most unexpected use of Sterling Holloway I’ve ever seen. It’s also one of the most wild, tonally– this is a film where you watch a man suffocate to death and also Jimmy Durante gets into a boxing match with a kangaroo. 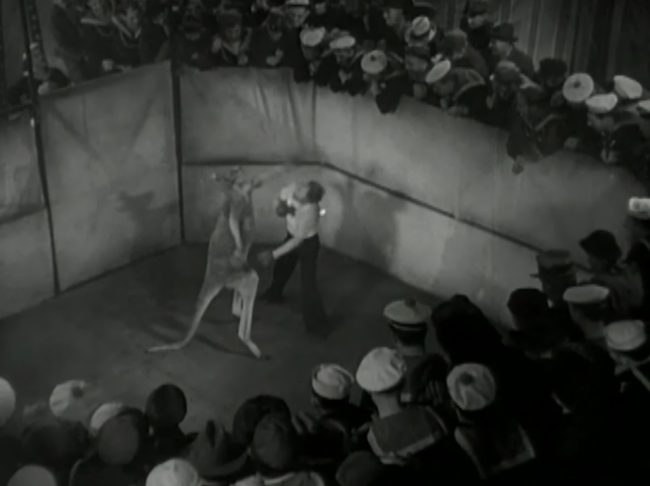 Other critics find that to be a impassible flaw with the film– the tone switches from romance to comedy to gritty war film with startling speed. But, despite this, the film’s mix of cynicism, despair, and narrow hope combine well. Even if the comedy is weird, it’s a component to the men’s experience during their time as submarine crewmen– often dull, suddenly terrifying.

The film’s real problems come from its afterlife, as happens with some of these films. Now, the only source I have on this is IMDB, so buyer beware, but they report that the current circulating print of Hell Below is the edited version from a 1937 re-release. While the film is still plenty risque and gutsy, the reason I’m apt to believe it is because there is so much painful dubbing and dropped lines interspersed in what is otherwise a solidly assembled film. This print has been chopped. 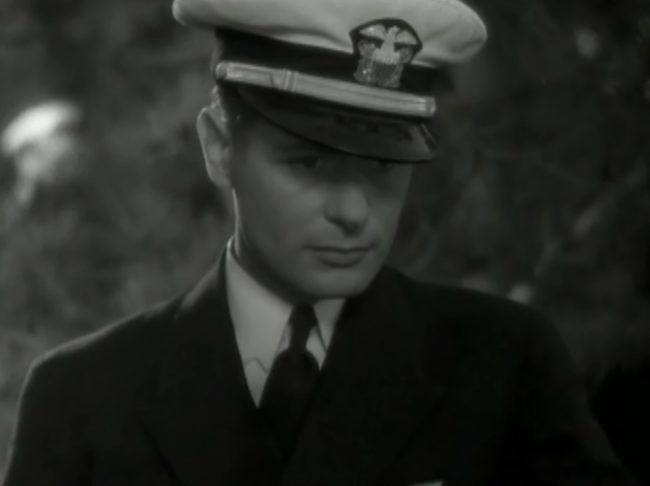 Because of this, the love affair that drives the movie is basically indecipherable. One late-film climactic argument, which stretches the phrase ‘in one another’s arms’ beyond anything resembling real meaning, especially illustrates how the Code targeted less of the violence of the picture and much more of the implications of unguarded lust. It’s okay– if you have enough imagination, feel free to untangle what really happens in your mind.

Like a few other films from 1933, this movie lacks much pity for the Germans. While many 1930 war films seemed to see a shared misery between the countries, the depths of the Depression seemed to reawaken the old rivalry. 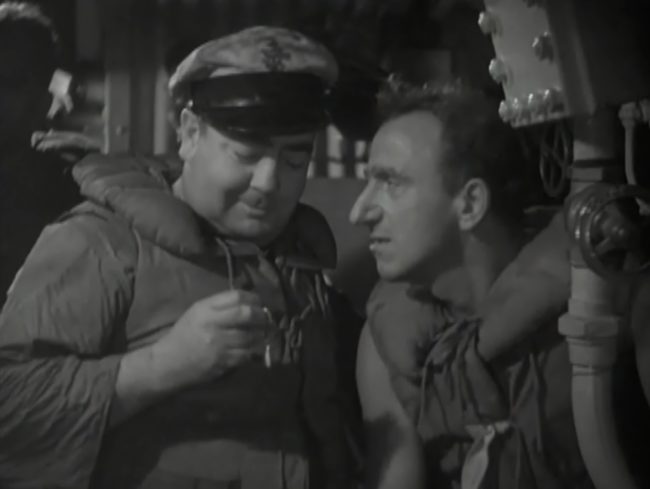 Directed by Jack Conway with efficiency, the cast here is superb. Madge Evans does fine (as far as we can tell), and Walter Huston plays his character with a minimum of fuss. Eugene Pallette and Jimmy Durante make a surprisingly strong comedic team, and Robert Young plays a sympathetic, wry young man– something he seems to usually struggle with. Robert Montgomery proves that he has that star cache, and makes his character’s descent into barely contained madness work.

Hell Below is an intense film, one which looks at men doing their job and clearly sees the strain and pressure. Patriotism and sacrifice enter into the movie, not as selfless acts but as ones of redemption. And there’s a kangaroo, too.

Author [Edward] Ellsberg, born in 1891 in Connecticut, was a graduate of the Massachusetts Institute of Technology who was noted for solving technical problems on passenger liners. In 1925 he led the salvage efforts to raise the sunken submarine USS S-51, for which he became the first sailor to earn the Distinguished Service Medal in peacetime and was promoted to Commander by a special act of Congress. He began his writing career in the 1920s and enjoyed a long and prolific career as an author.

Yet, in spite of its obvious shortcomings, there are scenes in the undersea craft that are extremely well pictured and so are others depicting what happens on the surface of the water. But the rowdy mirth scarcely belongs to a narrative which includes sights of dying men in a submarine. There seems to be enough in it to make three separate stories and it is a pity that the producers indulged their fancy for combining fun and fury.