Men Must Fight: Or Else

“The more I see of this world, the more convinced I am that it ought to be run by women. Let the men crow and strut and fight and be ornamental– like roosters! That’s the function of the male.”

MGM’s Men Must Fight is a weird one, a prestige picture that imagines a future war and bucks then-conventional wisdom– that disaster will strike again. 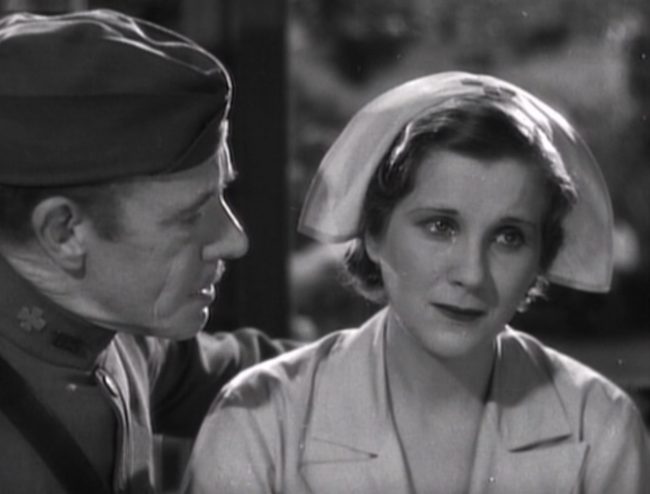 Laura (Wynyard) is an idealistic Red Cross nurse who has met and slept with a cocksure pilot named Jeff (Robert Young) after only a few days of knowing him. Jeff is almost immediately shot down, but he at least gets his target in one way; Laura is pregnant with his child. Traumatized at losing the man she considers her life’s great love, she agrees to marry the older, kind Edward (Lewis Stone, of course). They ring in the end of the first World War, with Laura tearfully affirming:

“Thank God it’s over. And it’ll never happen again. This war has taught this world a lesson.”

Well, needless to say, we skip ahead to the then-future of 1940, and Edward is the Secretary of State, presiding over what looks to be a lasting peace treaty. Laura’s son, Bob (Holmes), still hasn’t learned of his true parentage, though his lack of patriotism deeply offends the family he hopes to marry into. As tensions break out between the U.S. and “Eurasia”, Bob soon finds himself pressured to enlist. His mother, on the other hand, clings to him, desperate to spare him the fate of his father. 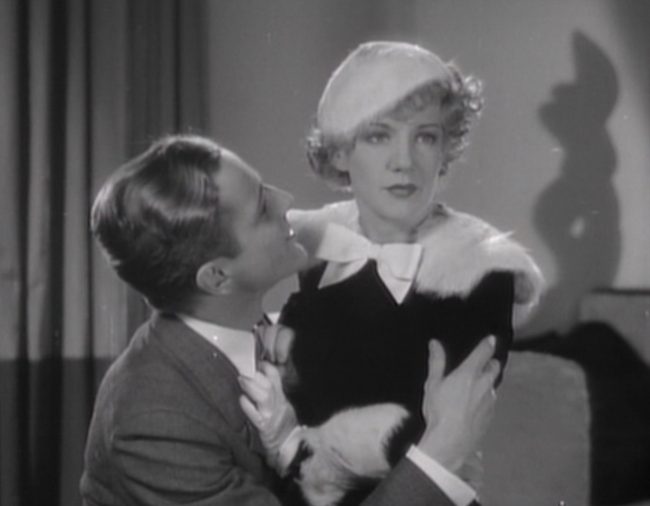 Holmes usually doesn’t get much credit, but he’s fascinating to watch in Men Must Fight as he deals with a twisted version of toxic masculinity. Not fighting almost certainly means the end of all the things he holds dear; fighting is a betrayal of all the things he’s learned and believed in. So much of the film is him torn between the oft-seen 1930s East Coast elite superiority and the possibility that all of his assertions of privilege and intellect are a construct of his mother’s neediness and his insulating wealth. It’s really a low key showcase for him and his inner turmoil, indicating that he’d grown in his craft after some early rocky performances.

There are plenty of people who call out the prescience of Men Must Fight, which lands on 1940 as the next major war. There’s also a sequence as Laura, helming a peace conference on the brink of war, is pictured begging dutiful mothers from Nazi Germany and Japan to consider the costs of war. But even more pointed is the film’s sequence that foresees an air raid on New York, including the decimation of the Empire State Building. It has the eerie feeling of a 9/11 analogy, 80 years too soon. One other line echoed pointedly:

“Any call of peace now is not only cowardice, it’s treachery!”

Which should sound familiar to anyone around for our country’s endless adventurism of the last two decades. 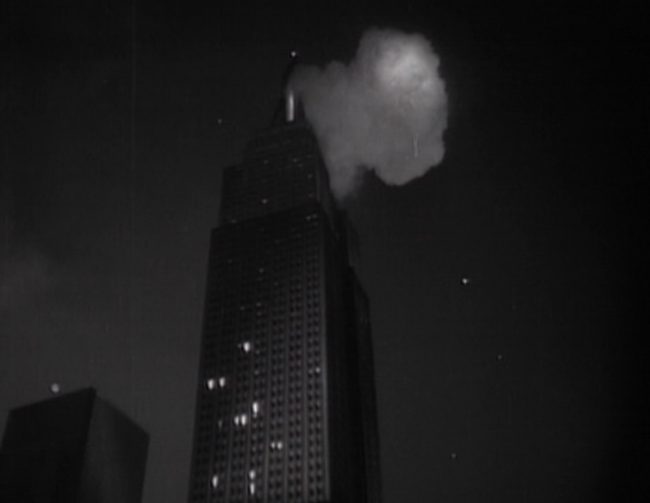 The central conflict in Men Must Fight is necessarily cut and dry. Mother versus son. The film’s male characters fret over Bob’s lack of masculinity, how all of the peaceful impulses pushed by his mother have neutered him when the time to fight has truly come. And it’s true, the movie really shows America’s back up against the wall as ‘Eurasia’ takes ‘the canal’. If Bob doesn’t fight, it’s pretty certain he’ll be eyed as a collaborator out of sheer inaction.

For all her pacifist ways, Laura never thinks past her own obsession with her son. She  never comes up with a a tool to prevent war greater than calling on all mothers to force their children to refuse to fight, a dreamy goal that reeks of half-baked optimism. If she had escaped her selfishness, she may have thought to examine paths to peace beyond appealing to the motherly imperative– you’ve got to incentivize, lady, come on. 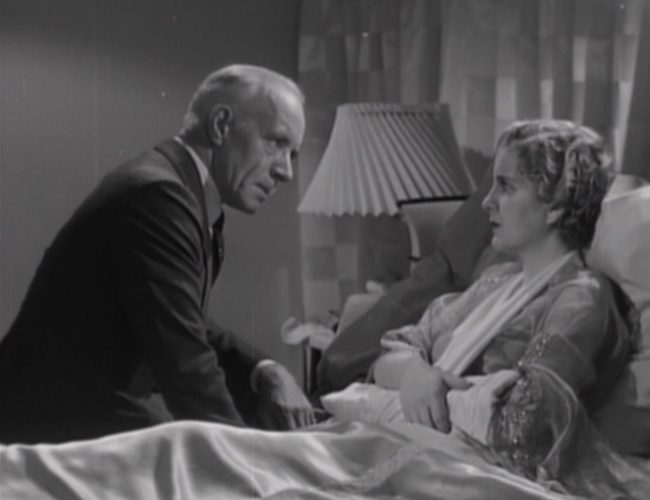 But instead she must reckon with the prevailing wisdom that her morals are one of fear rather than idealism. The film closes as Bob flies off to the fight as she watches. One nice touch is the film’s ending, which doesn’t show us Bob emerging victorious or the war ending decisively. Sure, ‘men must fights’, but that doesn’t mean Bob doesn’t immediately crash into the plane in front of him and die the second after the end credits role.

The film is an interesting totem of early 30s film making. While 1933 was still the era of the Gold Diggers “Forgotten Man”, Hollywood’s relationship with the military on film was moving away from gritty war pictures to, under the auspices of the Production Code office, more peppy, patriotic fare. All Quiet on the Western Front and other pessimistic war movies from 1930 to 1932 were slowly fading away as the Depression settled in and the rise of fascism in Europe began to demonstrate just how badly the United States had lost the peace. 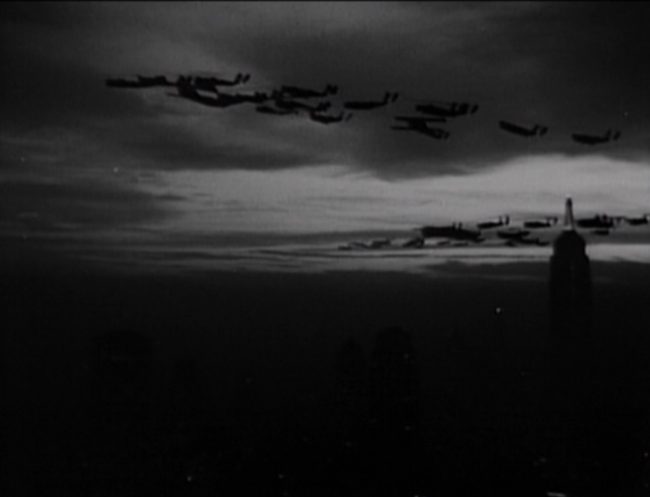 Men Must Fight still isn’t a pro-war picture by a lot of stretches, as it in fact treats the idea of global peace as a plausible, noble achievement, something the United States would abandon a few decades later as soon as Eisenhower’s farewell address wrapped up. The movie clearly takes a lot of cues from its anti-war predecessors. One bit features the Seward’s Italian cook resigning in a huff to go fight for ‘Eurasia’. The American soldier he confronts with this shakes his hand profusely:

“You belong to the wrong side, but  I admire your spirit.”

Yeah, not going to get a lot of that these days. Rather than a hoo-rah take on American exceptionalism, the film instead comes across a pessimistic look at human nature. Yes, men must fight– because we keep fucking it up. 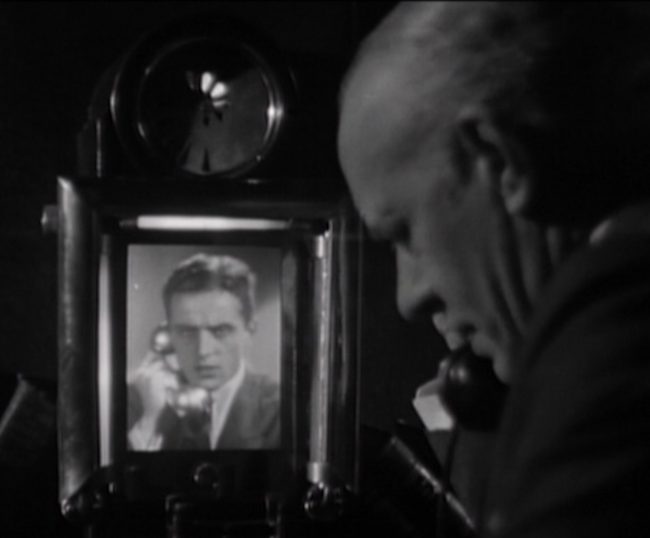 Unfortunately, much of the movie is slow and talky– the first ten minutes are especially heavy handed, transmitting a lot of information that could be pared down significantly. The film dutifully plays like an academic exercise until we reach the climactic fights, and Diana Wynyard, whose role in Cavalcade was awfully similar, is always a bit stiff for me. But there is a lot to unpack; this is one of those that’s worth seeing just turn over in your head, seeing where we’ve been, where we thought we were headed, and just how we got here instead.

Also, one cannot write of Men Must Fight and war’s death toll without noting that Holmes, who enlisted in the Royal Canadian Air Force in World War II, died in 1942 when a transport plane carrying him and six other RCAF graduates from a training base to Ottawa collided with another plane.

As in the pictorial version of the Noel Coward play, Miss Wynyard puts her heart and soul into her work, and the result is the sounding of a strong note for pacifism. She takes full advantage of some stirring lines and compels attention in all her scenes. But although Miss Wynyard’s acting is impeccable, her rôle is not by any means as inspiring as that of Mrs. Marryot in “Cavalcade.”