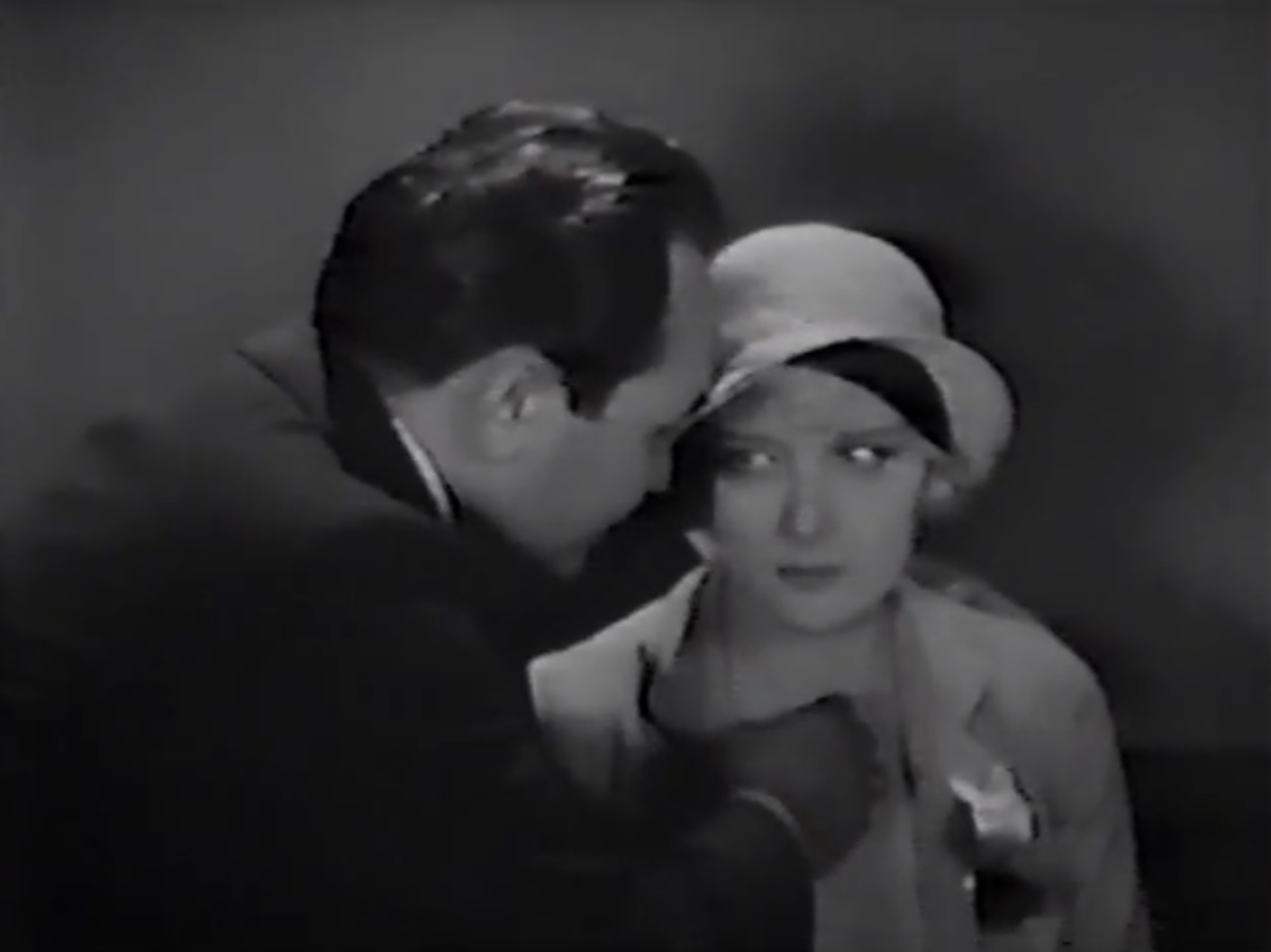 Outside the Law: Enterprising Criminals

“Leave that guy to me. Why, I’ll have him playing leapfrog with himself before I get through with him.”

All it takes for one hard woman to go from a minted, cynical criminal to a wannabe doting wife is the hug of a single precocious child. Do you buy that? The emotional fulcrum of Outside the Law relies on criminals being softies deep down inside, no matter how much they try to hide it. Or how unlikely it seems.

Fingers O’Dell (Moore) is a professional bank robber who has found his way into a bank job. He’s hired Connie (Nolan) to run as interference between him and Cobra (Robinson), the local crime boss. She flirts and teases Cobra, and, though Cobra puts things together quickly, they manage to rob the bank. This puts the heat on Cobra– but Cobra won’t let up until he hunts them down.

Fingers and Connie hide out in a Los Angeles flat, though Fingers’ nostalgic streak gets the better of him as he spends a great deal of time with the precocious child (Delmar Watson) who is their next door neighbor. Connie doesn’t realize that it’s Fingers’ way to try to domesticate her. Fingers doesn’t realize that the kid’s father is a cop.

There are a lot of nice touches in the film. Tod Browning, here remaking his own work, lets macabre touches flirt around the edges. One such touch is Connie’s job working for a sideshow of women posing in reproductions of famous paintings that, coincidentally, show a lot of skin; the skeeziness of the customers and growls of the subjects ring genuine. There’s also a great deal of focus on the kid’s black maid, Judy (Louise Beavers), who has a culture and life of her own. (I won’t say it’s overly respectfully portrayed, but it’s something not usually presented in the era at the very least.)

And, in the best scene in the film, Connie recoils from Cobra’s touch, rubbing herself down with alcohol on the place where he touched her, grimacing with disgust. However, none of these elements ever move the story away from stilted melodrama.

The biggest problem may simply Nolan can’t quite find the line her character sits on; she’s often off-kilter, upset at the suggestions of domesticity, too bitter or biting to make any transformation make the least bit of sense. She’s playing the character like it’s a slow, painful meltdown rather than the screenplay’s quiet awakening.

These little things pile up into the film’s towering list of improbabilities. There are some nice pieces, including Robinson’s from-the-gut performance, but the central romance, which is so integral, feels like the most artificial thing in a movie where I think, I think, Edward G. Robinson is supposed to be Chinese. Which, as we all know, should probably be avoided.

This is another crook yarn in which the criminals are for a time clever enough to pull the wool over the eyes of the slow-witted police. In the end, however, the law has its way, which is something in favor of this picture.