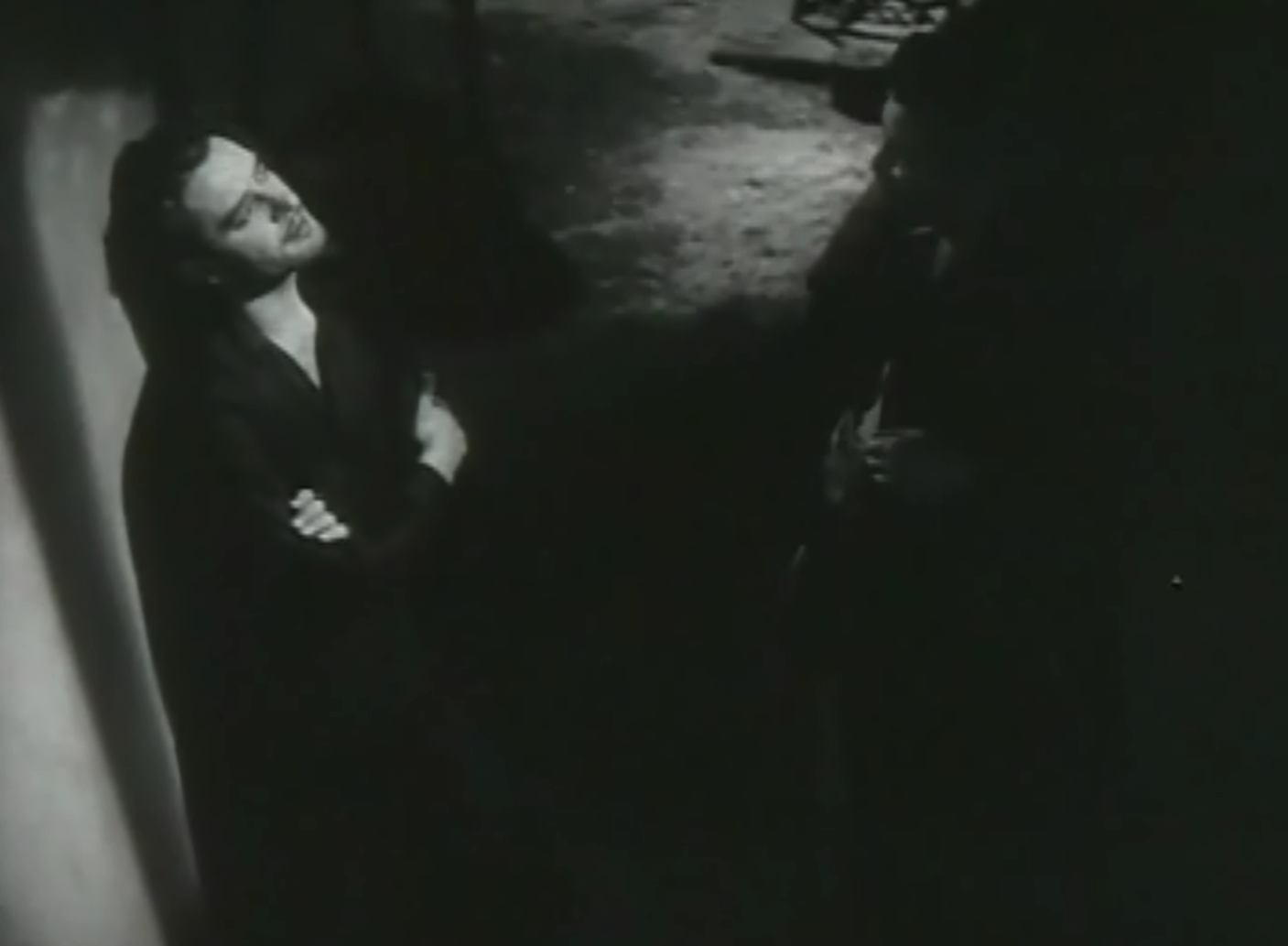 The Phantom of Paris: Now You See Him…

“I saw Bibi fall into the abyss with my own eyes. No one could survive that fall.”

The Phantom of Paris is one of those films with an irresistible premise on paper. “John Gilbert is an escape artist wrongly accused of a murder, and must use his talents to put the killer to justice.” Can’t you just picture Gilbert running across Parisian rooftops, cape swirling behind him as the police shout at him from the ground below, all while he belts out a laugh of defiance?

Okay, maybe my imagination is too vivid, but it’s definitely more vivid than the limp reality, which is less Harry Houdini’s Grim Game and more like a serious, tired version of Trading Places. While Gilbert does get a few moments to shine, the whole affair feels like a dull stage play, stretched out to the maximum length. The entire time we’re waiting for Gilbert’s escape artist, Cheri Bibi, to do something—anything— clever or smart, and when it finally happens, it stretches credulity to the breaking point.

The real plot, and not the IMDB summary, goes like this: Bibi is a famous escape artist who has the trendy world of Paris in a tizzy. He aggravates The Inspector (Lewis Stone) by even outmaneuvering him in front of a large audience. Secretly, the inspector had been working in confluence with C. Aubrey Smith, a member of the old guard, in hopes of keeping Bibi away from Smith’s daughter, Cecilia (Leila Hyams). It’s an unsurprising confluence between moneyed power and the state to resist the interlopers—especially those who can perform magic.

There’s another factor to this rivalry, the unknown quantity of the Baron and his mistress, who are also tracing Celia for her money. They concoct a scheme to commit the murder and frame Bibi. The inspector, already not to fond of the magician, gets him put in jail. Bibi rots in there for four years before a daring escape attempt gives him a chance to impersonate the count and clear his name.

It reads more like Les Mis than anything else, as Gilbert’s Bibi is a beleaguered, tortured soul. Gilbert seems totally at ease in the part, which may be a problem. Not the bastard lothario of Downstairs nor the goofy romantic of Queen Christina, his Bibi starts the film as a charming, genuine person, a sort of Robert Montgomery character who is soon trashed and destroyed. His prison stay drives him a bit mad, and Gilbert plays this with a certain amount of gusto, but he loses that connection to the audience as his madness leads him to further get into trouble, including accidentally killing the only man who can prove him innocent through fright.

That makes Gilbert’s performance central to the movie, and it’s interesting to look at and see how it jibes in a very stagy, eye-rolling story that wastes its premise on a charade that seems uninteresting. Gilbert tries to be a chameleon here, but instead becomes simply reptilian. There’s something cold at the center here, and while that definitely reflects the character, it provides a level of depth that the silly material can’t support. He may simply be too good for the movie (as was the great Leila Hyams, wasted in many scenes of simply crying and looking distraught).

I complained about the end before, and it really is that bad. It involves getting the audience to believe that Lewis Stone’s inspector could have a sudden change of heart towards a man he’s pursued for half a decade and suspects of not one but two grisly murders.

This review may be a reflection of the movie I wanted more than the one I got, but the film itself feels too disconnected. It’s a lark about a tragedy, filled with characters who merely behave according to what’s needed scene by scene. Knowing that the film was originally supposed to star Lon Chaney, I can’t help but imagine he would have brought a certain amount of torture and pain to the last third that Gilbert eschews—there he’s simply too charismatic for the audience to suspect any real darkness underneath.

The Phantom of Paris is a bummer. As a showcase for John Gilbert, it’s one of his better sound pictures, but it’s too blasé to amount to much. Too bad—he needed all the help he could get at this point in his career, and this was just treading water.

The director, John S. Robertson, has done quite well by some of the scenes, but not a few of them suffer from a lack of imagination, particularly those revealing the passing of years. In several instances the episodes are conceived too bluntly. The story is unfurled, however, in comprehensive fashion, and, as it is something different from the usual run, it captures one’s attention.