Red Fork Range is one of those movies you’ll see on TV screens within movies while the main character is snoozing, half to show the cheapness on display in late night television, half because the rights to show the movie within their movie were so damn negligible.

The film itself is one such that it’s impossible to tell where the stock footage ends and the real movie begins. A poverty row production, many scenes are grainy, hard to understand, and seem roped into the plot simply to insert a piece of more grandiose stock footage to ratchet up the film’s minimal production values. This stretches to the characters, too, and it would came as no surprise to me if this same film was rereleased a year or two later with its plot points in a different order with no one in the audience any wiser. 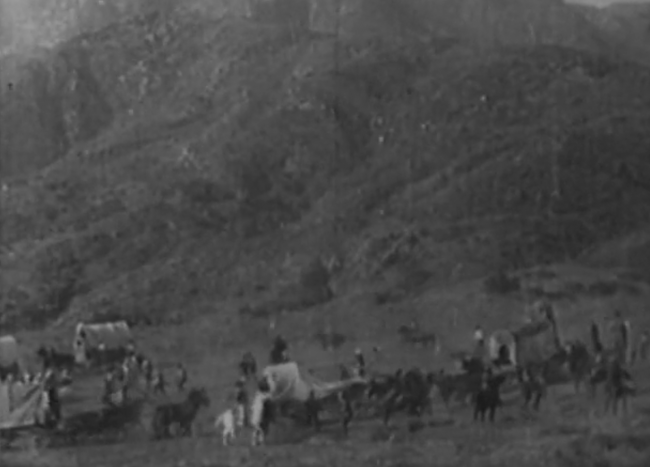 Putting all of the stock footage budget proudly on display.

The plot is black and white to an unbelievable point. Wally (Wally Wales) is a stagecoach hand. Or a cowboy. Or just a really nice guy who constantly gets in fistfights. Helping out the law, they capture the nasty Black Bart (Al Ferguson) who spits and grumbles. The local townsfolk want to lynch him, but Wally explains to the mob about letting justice work rather than killing out of vengeance, which pretty much guarantees Wally’ll spend the rest of the movie hacking down all those who oppose his ‘no killing’ mantra.

He has a girlfriend, Ruth (Ruth Mix, older sister to popular Western star Tom Mix), who luckily only gets kidnapped once, which is pretty good for this kind of movie. She’s also handy with a gun and can steer a mean stagecoach. Together, she and Wally must foil Black Bart’s plans to win a lucrative government mail contract… no, really… by entering into a stagecoach race filled with peril. 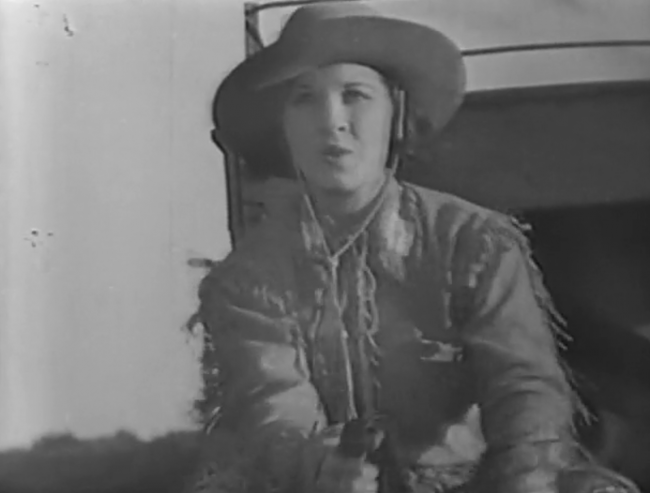 Ruth spends the second half of the film dressed identically to Wally, which I guess is one way to get your jollies in the old west.

Putting aside the fact that the copy of Red Fork Range found at Amazon has the sound go out of sync after about ten minutes (well past the point any and all reasonable people would have closed the video out of good sense), the sound design in the film is a nightmare. While appropriate laurels must be given for recording a 1931 sound film mostly outdoors, the effect proves to be a net negative on the emerging art form. No actor in the film seems able to keep track of where the microphone is, often leading to conversations that are, at best, half heard. Sound effects drown out most everything, to boot, just in case the rest of it wasn’t too much to bear.

Red Fork Range is about as cheap and unconvincing as can be. The villains, it seems, keep their shack within a reasonable walk to the sheriff’s office, often taking strolls between the film’s two main locations. Actors never seem to get excited about acting in front of the camera, with long plans about heroic deeds discussed as if they were annoyed to be there that day. Every scene gallops by and we cut back to the characters not in motion, but just a little sadder, a little older. And some of the special effects defy categorization as ‘special’, such as a wheel spinning loose of a stagecoach getting all of its closeups on a perfectly still landscape in the background. 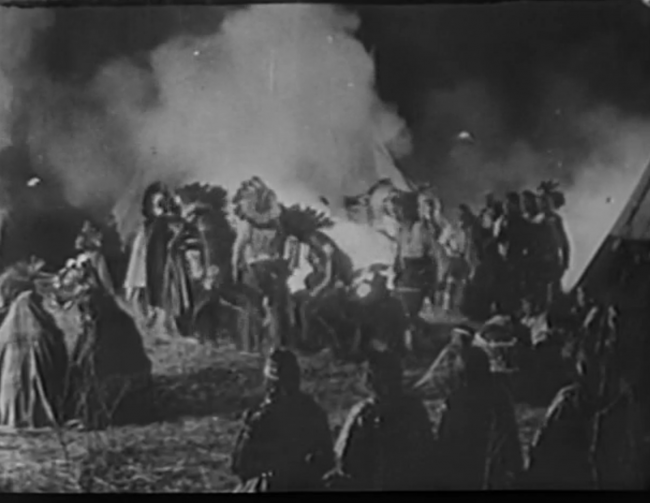 Also on the docket: another portrayal of Native Americans where they mostly run around in circles shouting menacingly.

I usually feel bad taking potshots at poverty row productions– they were clearly made to fill a need at the theater for something to keep Junior busy for an afternoon– and the movie does have a glimmer of a nifty climax, where Wally rides the front two wheels of the stagecoach to victory. But it’s a pain to watch, actively uninteresting and slow. Even for a lousy production, it’s pretty damn lousy.

Forgive me if you mentioned this and I have overlooked that you did: Apparently, National Players, Ltd., was so intent on getting product out the door that no one bothered to proofread the title cards. And so, we find “Black Bard,” and Red Fork Range itself, beneficiary of “a trail of progress that an empire might be builded… .” No wonder, Danny, you were so grateful when, at long last, you saw, “The Enn.”

Ha! I think I make more bones about it in my “Lighting Bill” review, but, yes, these title cards read about as bad as the reviews I post that I don’t proofread.