The Soilers: Working Their Way Through

“The Soilers” is a bit of a letdown. This one finds Zasu and Thelma out in the suburbs trying to sell magazine subscriptions to help themselves “work their way through college.” This is patently unsuccessful since their robotic spiel, including a sidebar noting that the magazines “contains six ripe and racy stories”, is wholly uninspiring. 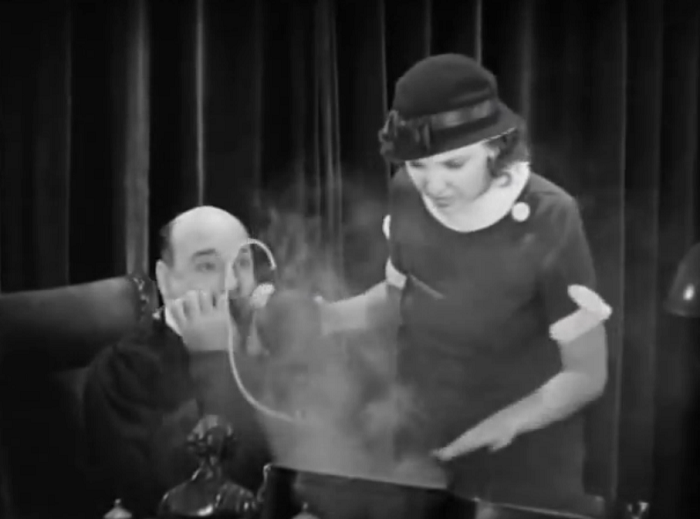 They decide to head over to City Hall and try their sale’s pitch to lonely government officials. This causes them to run into Judge Morton (James C. Morton) and his bodyguard (Bud Jamison) who are trying to evade an assassination attempt. Through a set of contrived circumstances, Thelma and Zasu are mistaken for the assassins (as you can imagine one would assume) and several long sequences of slapstick ensue.

The best one involves a revolving door, a ladder, and a poor woman just trying to get some tax information (I’m guessing) who, of course, gets her skirt ripped off. Less inspiring are the lengthy sequences of Todd, Pitts, and Jamison trying to stand up after falling on top of one another, or when Pitts accidentally soaks Morton’s office in glue and ink– it doesn’t really go anywhere. 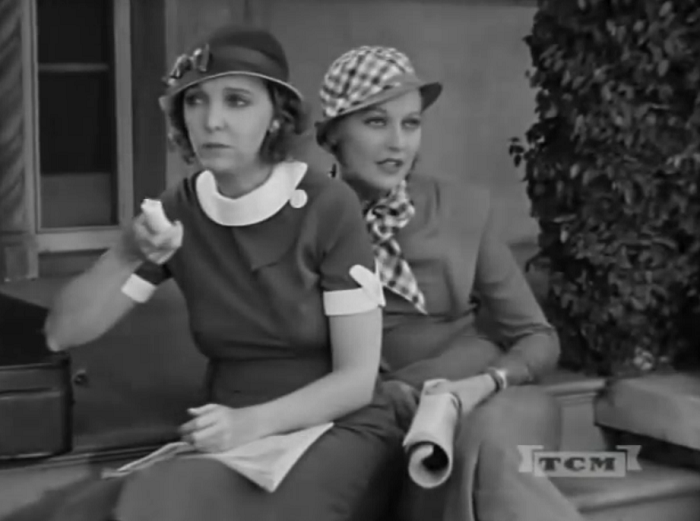 “The Soilers” is less effective than the other shorts I’ve caught so far because so much of it seems devoted to carrying a flimsy premise beyond reason. Usually Thelma and Zasu were the masters of the mayhem, causing one problem after another during their attempts to create shortcuts. Here, they’re too eager and experience some bad luck. With so much time spent on the Judge’s problems, the lead duo almost take the back seat for much of it. Too bad.