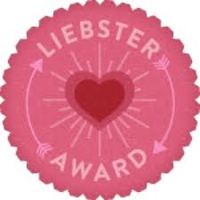 It’s been a crazy couple of weeks for me between my grad school semester wrapping up, work, my wife’s trip to China, family issues, Roger Ebert’s passing, travel, and my pervasive drinking problem, but, on top of that, I was also given a Liebster Award from Karen over at Shadows and Satin! (It’s okay, Karen, I’m not mad at you.)

For those of you unaware of a Liebster Award, it’s a fancy nickname for a blog chain letter. If you don’t list 11 random facts about yourself, answer the 11 questions put forth by the person who bestowed the award, nominate 11 other blogs, and present the recipients with 11 new questions, you apparently get bad luck for 11 days and your mother vomits up 11 grapes. Or something.

Since I am loathe to force my mother to vomit up produce, here we go…

1. My wife and I have two dogs, Harpo and Chico. Harpo is a Cavalier King Charles Spaniel, and Chico is a half Chihuahua/half Dachshund (AKA a ‘Chi-weenie’). Unfortunately, Harpo isn’t very quiet and Chico’s accent is indeterminate. However, both are pretty cute.

3. I worked at three different videostores growing up, for about 8 years total of my life. There will probably be a post about this sooner or later…

4. I didn’t drink until I was 25. Since then I moved to within commuting distance of Napa Valley and have become fond of Merlot. My favorite beers are (in order of preference) Michelob Amberbock, Corona, and Rolling Rock. Still working on hard liquor, but I do enjoy good brandy. 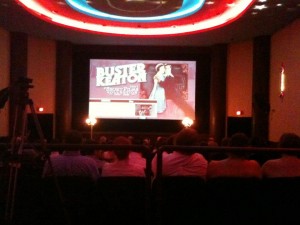 5. I got married last year in an art deco movie theater in my hometown. We showed the Buster Keaton short “Neighbors” before the ceremony.

6. My favorite director is Billy Wilder, closely followed by William Wyler, William Wellman, Woody Allen, and, uh, Katherine Bigelow. I guess there’s a ‘w’ in her name at the end…

8. I have a bachelor’s degree in History, which gets no real use, I swear. I was originally going to be a journalist major and that morphed into high school education until I realized that I hated high school students. History was my passion, so I ended up with that.

9. I’m working on my masters in Software Engineering. Luckily so far it’s everything I’m using in my day job anyway.

10. I got a new computer program to make animated .gifs with and I’m addicted to it.

11. Since Warner Archive Instant is the only one who will actually list their titles in their way, I’m working my way through their catalog alphabetically. Believe it or not, I’m still in the ‘A’s.

1. What movie do you watch every time it comes on TV?

Since I cut the cable about 7 years ago, I can’t really say. However, when I was younger, it was usually Singin in the Rain.

I know this is a site for Pre-Code and while Footlight Parade and Gold Diggers of 1933 are up there, my three favorites are The Young Girls of Rochefort, Rock ‘n’ Roll High School, and, of course, Singin’ in the Rain.

3. What classic movie star would you have most liked to meet?

I was thinking about this just last week and I realized I have a difficult time comprehending that Barbara Stanwyck, off the screen, was a different person than most of her screen personas. I would love to have had the opportunity to share coffee with her.

4. What’s your most treasured movie or TV-related possession?

I don’t have a picture of it on me, but I collect every ticket stub for every movie I’ve ever seen on my own. This goes from my very first (Mission: Impossible in 1996!) to the latest (Room 207 last week!). I’ve told my wife that if the house is ever on fire, we rescue the dogs first, the ticket album second.

5. If you could make a living doing whatever you wanted to do, what would that be?

Running this site and reviewing Pre-Code films all day. That’s pretty pie in the sky, though, so I think I’ll stick with my day job. Though if a web tech position ever opens up for Warner Archive…

Uh, not really much for Westerns. Besides the usual Leone flicks, the only other one I own on video is Rango.

7. Have you ever had an encounter with a movie or TV star?

I met Bruce Campbell (of the Evil Dead series) once, about a decade ago. That’s about as exciting as it gets. I think the only currently living celebrity I have any interest in meeting is Jeffrey Combs, who always strikes me as funny as hell.

8. If you could program a perfect day of movies on TCM, what would be the seven films on your schedule?

I would have to pick some obscure stuff that needs a decent release so everyone gets a chance to see them. Let’s say Night World, Bad Girl, Gold Dust Gertie, Guilty Hands, Double Harness, War Nurse and The Mad Genius.

9. Who are your top five favorite fictional characters?

10. What movie have you seen more often than any other?

Either Back to the Future (I wore out the VHS when I was a kid) or Star Trek II. It’s probably for the best not to dwell on it. 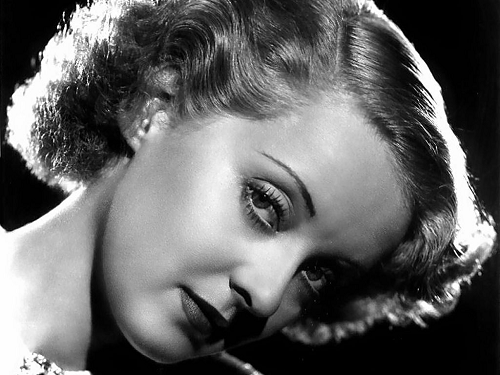 And I really need to update my blogroll…

I hope we all learned something valuable from one another today. And I hope no one vomits up grapes. That would be unfortunate.

And because I know you’ve been curious since the very first answer: