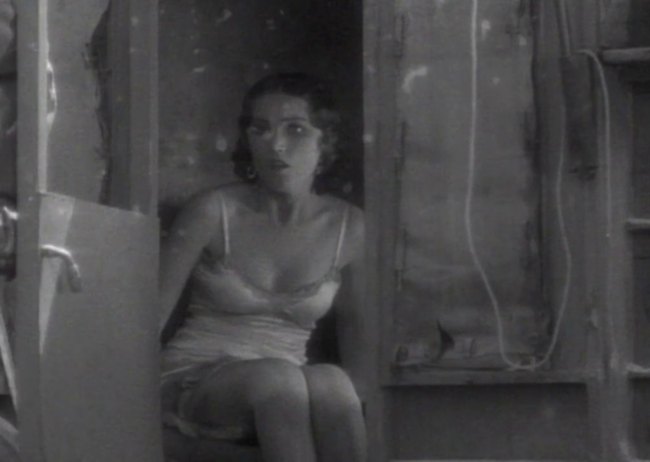 “What does a bandito know of promises and honor?”

Poochie. Let’s talk about Poochie. Have you seen that Simpsons episode? Or at least picked up on the idea through cultural osmosis– a character who is crafted by committee to sprout catchphrases and slap on the back of cheap merchandise? You don’t run into a lot of these in the early-30s, but Captain Thunder, a loud braggadocio with a thick accent, a love of the ladies, and a strong sense of honor– feels that way. He’s a laughing bandit, and boy, you really can’t stop him laughing once he starts.

Captain Poochie– sorry, Thunder– rampages around northern Mexico with bandits in tow. He terrorizes a small town by stealing cattle, riches, and the clothes of any unfortunate senorita passing by. He becomes infatuated with lovely Ynez once he gets her dress off her and decides to pursue her, while her fiancee, Juan, seeks to track down Thunder and claim the reward so he and Ynez can meet. There’s also the villainous rustler Morgan (Robert Elliott) who has his eyes on Ynez and to whom Thunder owes a favor. 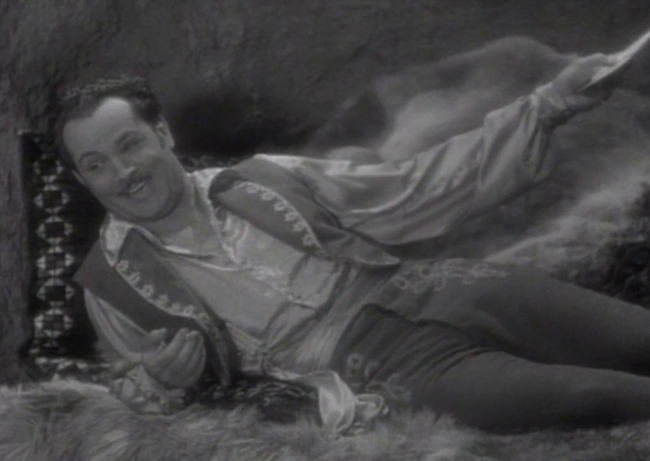 That’s the gist of it, though there’s a significant amount of time devoted to the Commandante Ruiz (Charles Judals) suffer through one pratfall after another as he tries to track down Thunder and fails embarassingly again and again. And again. Much of the film’s dreadful comedic schtick is a poor mixture between Ruiz’s goofs and Thunder’s own lasciviousness.

When the schtick runs out, it’s time for the noble, romantic bandito section of the film, which falters. Fay Wray does her best to wrangle her accent, but ti’s just so damnably hard to take seriously. Thunder is just kind of an asshole. What’s charming about him? Hell if I know. There’s a two second close-up of him in the film’s final five minutes which makes him more human than the previous rambling 60 minutes, and by then it’s way too little, too late. 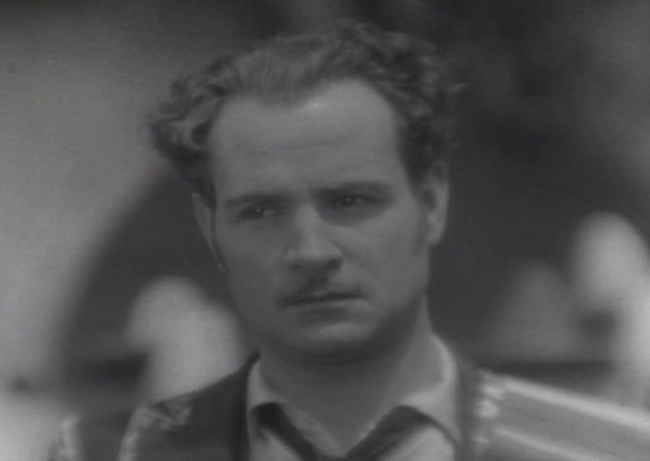 Captain Thunder is a painful little misfire, a film about a dashing rogue who’d be better off left for the flies. The film is awash in lazy stereotypes and just as often indescribable accents. While everyone tries there best, your best bet is to avoid the hell out of it– or at least wait until Thunder is called back to his home planet.

In 1931, big studios like Warner Brothers were still figuring out the sound game. While they’d developed the Vitaphone sound system (using 33 1/3 RPM records played simultaneously with picture-only prints) they didn’t realize that it was no longer possible to assemble international casts to play interchangeable nationalities, because the actor’s accents would betray the illusion. Thus begat Captain Thunder (1931), where Hungarian Victor Varconi, Canadian Fay Wray, and Dutch Charles Judels struggle as Mexicans with mixed results. The cat-and-mouse game between the bandit (Varconi), the lawman (Judels) and the pretty senorita (Wray) contains no surprises, a fact that did not endear an already insulted Mexico (a nation that had briefly banned the import of American movies because of recurring, insulting “bandito” stereotypes), but this is at least a chance for modern audiences to see Wray in her natural brunette hair color, instead of the bottle blonde made famous by King Kong (1933).

Many of the other movies in this grouping, which were shown all day, seem to have been newly recovered from the vaults, but if so, this one may as well go back in.

This production is scarcely a successful entertainment, for while it has its moments of pleasing levity, a good deal of the dialogue is not understandable because of Mr. Varconi’s exaggeration of his naturally imperfect English diction and also of the overdoing of a Spanish accent by Fay Wray and some of the other players. Then, too, the vocal tones are none too well recorded. […] Miss Wray is attractive and aside from her indistinct utterances she gives a reasonably good performance.