“So soon? Why, it’s been a lifetime, my angel. Monday, Tuesday, Wednesday, Thursday, Friday, Saturday, we’ve met, we married, we bought a house. I think we’re wonderful people.”

Captured is a movie where you learn more about the lead character from the plot description than the story line. Centered on a dramatic setup– a prison camp behind enemy lines where one flyer finds out his newly-arrived friend was getting more than friendly with his wife– certainly has possibilities. And while the cast is good, things fall flat. 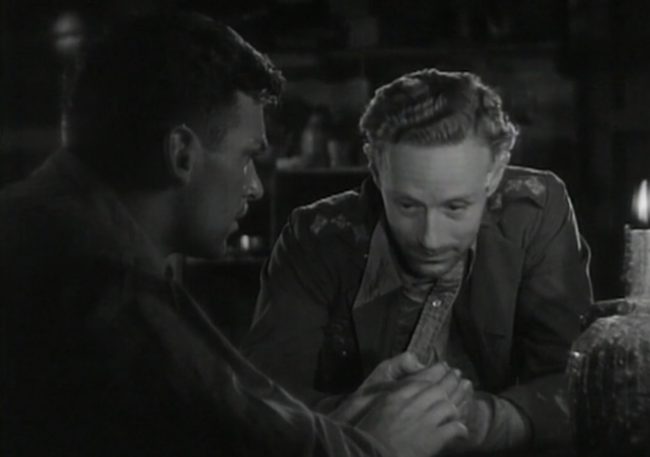 Lesley Howard is Fred Allison, loyal British flyer who’d gotten married only a few days before heading to the war. Then he immediately landed into in an abominable prison camp only a few miles from no man’s land. Him and his fellow prisoners are treated like dirt until a kindly German commander, who’d also studied in England, takes over. Ehlrich (Lukas) grants the men freedoms to build their own homes and take care of themselves, something Allison plans to exploit.

This is all well and good until Digby (Fairbanks Jr.) pops in. Allison has been obsessing over his wife Monica (Margaret Lindsay), and it turns out that Digby had seen her recently. He’s seen a lot of her recently. Tensions boil, and there’s an interesting twist where Digby escapes back to Britain only to be demanded to be returned to the prison when a German woman is found dead. They send him back; they are gentlemen, after all. Though, hilariously, they make no plans for if Digby really is innocent of the crime. Good job escaping, I’m sure you can do it again as needed. 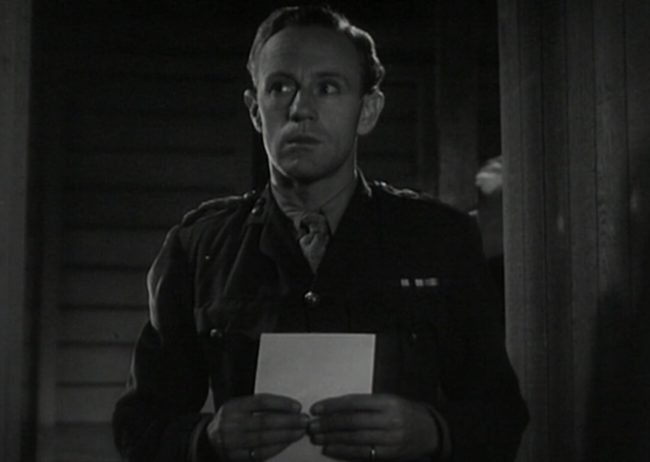 The central tension during Digby’s trial is that Allison knows he’s innocent. He also knows that his wife is in love with Digby. Does he exonerate his best friend, or let Digby die as he’s stolen all of his hope from him? Well, if Wallace Beery was in the lead, I may have had a little more doubt about the outcome.

The film ends with a massive prison break, where Allison keeps the entire prison camp at bay with one machine gun. It’s too bold for him, too organized, especially considering how simple it is to pull off. It also eschews much of the film’s more ‘gentlemanly’ view of war for a gung-ho Rambo II finale over a more textured climax. 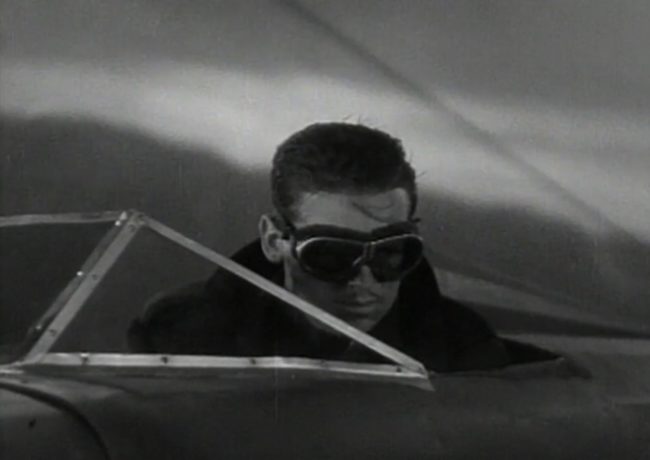 “I SAID…. ARE WE NOT MAGNIFICENT MEN IN OUR FLYING MACHINES?!”

While it’s stylish, there isn’t much meat to the proceedings, with Allison almost threadbare; his character seems lost as much as he is purposefully unmoored. There are other bugs in the film. Arthur Hohl’s attempts at cockney accent is certainly a wonder to behold. Fairbanks didn’t bother with an accent, which is probably for the best.

Captured! has a good atmosphere and good acting, but it’s so basic. There’s no sense of scale, and many of its twists are ludicrous. What’s the final moral? That if you have nothing left to live for, you may as well gamble it all away? Is that even a moral? I have no idea. 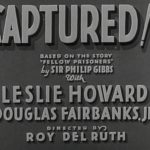 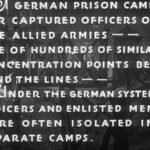 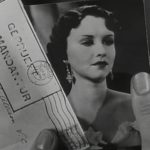 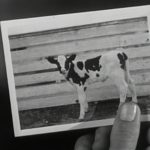 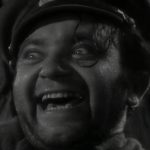 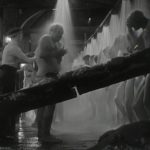 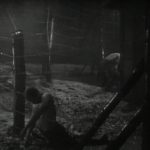 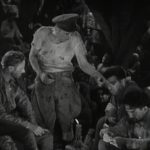 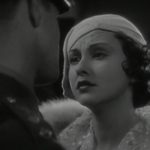 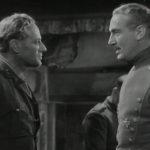 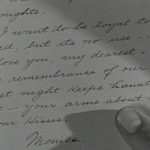 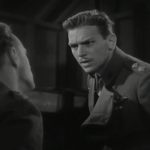 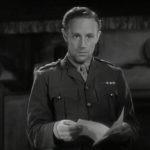 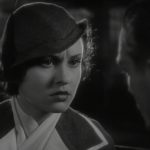 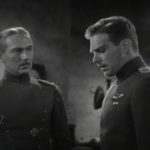 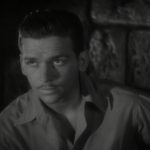 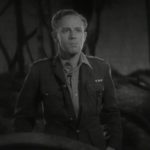 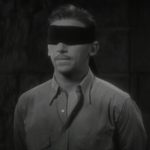 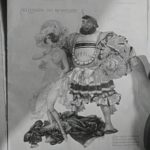 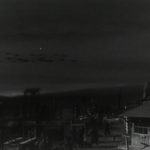 Leslie Howard had been a star of the stage for years but had steered clear of movies throughout the 1920s, the golden age of silent cinema. With the coming of sound, however, stage actors with strong, distinctive voices were in demand and in 1930 he was wooed by Hollywood to star in the screen version of the play Outward Bound. He had played the supporting role on stage in New York, but for the film he took the lead and Douglas Fairbanks, Jr., the son of Hollywood royalty and a rising young actor in his own right, took the supporting role that Howard had created onstage. The film was a financial disappointment but a critical success and a mark of prestige for Warner. It was also the beginning of a “hilarious and adventurous friendship off screen,” as Fairbanks describes it in his autobiography, between Howard, the very English stage professional newly arrived in the movies, and Fairbanks, the son of the Hollywood action superstar. They shared the same Hollywood agent, Mike Levee, and both landed lucrative contracts with Warner Bros.

Howard preferred stage to screen and didn’t think much of the quality of scripts he was getting. Captured! was “just another in a long line that helped to pay for the English house, and this was a very important reason for anything,” wrote his daughter, Leslie Ruth Howard, in A Quite Remarkable Father. It did, however, provide a reunion for the two friends. As Fairbanks shared in his autobiography, “one compensation for being maneuvered into a so-so story was being co-starred with Leslie Howard again…. Leslie was bound to raise the film’s standards and I would have my work cut out just to keep up with him in my performance.”

Captured! is based on the novel, “Fellow Prisoners” by Sir Philip Gibbs, a British journalist who battled censorship and documented the battles and the after-effects of the conflict in a series of non-fiction books published during and after the First World War. Forgotten today, his words on The Great War, found in now mouldering copies of The Soul of War, Now It Can Be Told, and The Realities of War, explored the tragic inner workings, errors and misconceptions of the governments behind the disaster that we have come to call the First World War, with a special emphasis on the individuals caught up in what he called “the great machine of slaughter.” Gibbs, a liberal man whose background was lower middle class rather than from the elite, wrote government-censored dispatches for British newspapers that were distributed throughout the world via news services during the war, even while he was also in attendance at meetings with wartime leaders. After one such dinner, British Prime Minister Lloyd George concluded, after listening to Gibbs‘ account of the progress of the war, that “if people really knew, the war would be stopped tomorrow.”

This very brief 69 minute movie introduced themes that might not have been fully developed, but as a snapshot of some of the attitudes prevalent in the aftermath of the First World War, as well as notions of what once was regarded as civilized behavior, the film remains pretty fascinating.

A news item in Hollywood Reporter notes that an important scene was shot at night at the Grand Central Airport in Burbank using seventy-five airplanes and 1,500 people. According to production records included in the file on the film at the AMPAS Library, shooting lasted twenty-nine days and the film was made for a total cost of $245,000.

Really enjoying your reviews and I love the layout of the site. Bravo! Cheers,Mark

It must have been an off day for Arthur Hohl. He got raves for his performance as the doomed Christian in The Sign of the Cross. But he wasn’t using a Cockney accent; only an ancient Roman accent.