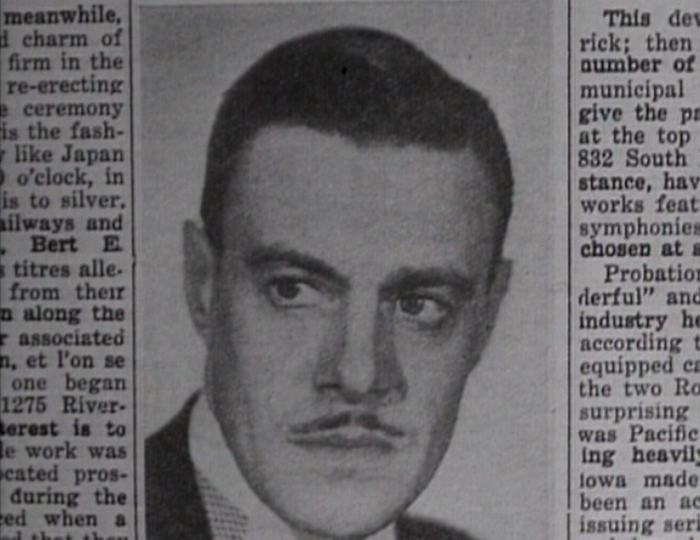 Christopher Strong: Making You Weak in the Knees

The very first time the viewer sees the titular Christopher Strong is as he is attending to a speech on taxes that he is to give to Parliament the next day. He is puffing on a pipe, wearing a smoking jacket over a dress shirt, and pouring himself into a table full of crusty volumes. His devoted wife, Elaine, has come to remind him to go to bed since it’s nearly four in the morning, and stale platitudes about love fill the air. She muses:

“Sometimes I think you and I are the only nice people left in the world.”

This belief will not last much longer, and not because it turns out everyone else in the whole of Britain is actually quite swell.

No, Strong’s only daughter, Monica, races in and demand he return with her to a party as the prize in her scavenger hunt: a man who has been married for more than five years and hasn’t had a love affair. Christopher agrees to this, and takes the opportunity to lecture to all of her daughter’s friends about the beauty of a faithful marriage. “One woman is a way to a man’s happiness,” he explains.

In almost any other film, this man’s face would beg for, at bare minimum, two to four cream pies delivered by the Stooge of your choice. What kind of person would find such a stodgy human being utterly irresistible?

Well, luckily that woman has been brought to the party as well as a different prize. She is Cynthia Darrington, a bright young aviatrix whose love for airplanes has eclipsed any feeling she’d ever had for a man. She’s never had a love affair, and would rather be in the sky trying to break another record than down on the ground mincing about.

Cynthia and Christopher hit it off almost immediately, and we learn that he knew her father before his passing. Darrington, who would seem to have a few daddy issues pent up, transfers her unoccupied affections onto the stoic man. They drive home together, and she’s more impressed when Christopher doesn’t flinch as her car ratchets up to its highest speeds.

Their friendship soon rockets into a love affair, with Christopher’s wife catching on surprisingly quick. She’s too nice (and quite British) to say anything about it, though, and most of the film studies Christopher’s attempts to balance both of the women’s wants and needs. His complete failure at it is unsurprising.

This love affair is contrasted by one undertaken by his own daughter. Monica has fallen for the roguish Henry, who is unfortunately also married. Henry’s loveless marriage is ignored by Monica, but Elaine sees their pairing as shameful. She refuses Henry entrance to see her daughter again unless he brings his wife, and he decides to do one better: he finally initiates a divorce.

While the two love affairs aren’t handled in a totally Goofus and Gallant manner, it’s clear that Christopher’s attempts are far more hurtful. He begins to disregard and shun his wife, all the while exploiting Cynthia’s naivete in romance.

There are probably precious few actresses of the Pre-Code era who could portray a virgin in their mid-twenties, but Katharine Hepburn’s resolute androgyny and boundless energy makes it easy to imagine her as a daring pilot with a singular obsession. Her warmth betrays a reserve of pensive loneliness, and as Darrington discovers all of these emotions she had no idea she was repressing, we can see how it completely recalibrates her life for the worse. It’s a beautiful performance, and every meter of Hepburn’s considerable range is brought to bear.

A key scene occurs before they consummate their affair, when Hepburn’s sudden desire to be more sociable leads her to be dressed for a costume ball. She emerges in a silvery gown meant to evoke the moth. Either she had a deep appreciation of the irony, or her lack of romantic history has led her to confuse the moth and the butterfly.

This is the film’s prime and most overt symbolic moment (though not the last), as Darrington and Strong get cozy by the fire. She lights a match for his cigarette, and he becomes so inured that he forgets about it. She stares at the lit flame, her eyes dancing. Like with all stories concerning a moth and a fire, this one won’t end well.

The Shackle of Love

I’m going to discuss spoilers in this section, so please skip ahead if you want to remain a daring and pure aviatrix.

The dueling love affairs come to a head with a pair of pregnancies. The only trouble is that Harry has left his wife and married Monica, while Christopher and Cynthia are still trying to keep their affair under wraps. Now every character simply wallows in a sense of passive-aggressiveness, as people hint around what they do or don’t know.

Earlier in the film, Darrington confides in Strong: “I’m a very reckless person, Chris… and you’re a very cautious one.” This turns out to be quite the opposite as Strong exerts his control over her. Realizing that she’s let herself become meek, and, after a cordial but knowing talk with Elaine, Cynthia comes to realize that she’ll never shake Christopher from his family. She’ll always be the other woman; she can’t allow that, and her old attitude roars back to life.

I haven’t seen anyone discuss the ending of Christopher Strong directly, which is unbelievable considering the implications. Cynthia decides to attempt the record for the highest altitude in her plane against Strong’s wishes. The act is, of course, a sacrificial one, and as she ascends, oxygen runs low and she’s haunted by the memories of the people she loved but who resent her now. The last flashback leaves us with a faint echo of the word ‘duty’ as she takes off her oxygen mask, crying tears of regret and pain.

Her plane spirals to the earth and crashes. We see a memorial erected to her, a statue of an angel pointing to the sky. In the foreground, a pair of beggars pass by; we saw this pair earlier in the movie, a man and a woman, who begged outside of the party at the beginning of the film. Their reappearance here ties together the film, as their lives of quiet dignity are now connected to Darrington’s noble death.

We don’t see Strong again. The memorial becomes a picture in the newspaper, and it pans over to reveal that Christopher and Elaine are taking a trip on the boat to America. It’s in the corner, small but revealing. It’s the same ship that Chris and Cynthia had taken on their trip back from America, which had involved a great deal of consummation, if you get my drift. With only one small line in a newspaper, we instantly know that Christopher is a ruined, meek man, back with his family, cuckolded.

There’s a lot of talk by Cynthia about death, love, and courage. In the end, as she imagined, courage does conquer both death and love. The indomitable spirit of a woman is what lasts.

“I didn’t want to die before I knew love… all love.”

The film’s best moment happens after Darrington successfully completes an around-the-world flight challenge. A ticker tape parade for her is thrown in New York, and that night she hosts Strong by himself in her hotel room.

They kiss and promise each other that they’ll never ask the other one to change. We fade into a later scene where all we see is Hepburn’s hand turning on the bedside lamp. She now wears a fabulous bracelet, and the way the voices murmur and we stay on the gentle hand, there’s plenty of room for the imagination to take flight. In lieu of this intimate encounter, Hepburn immediately heeds to Christopher’s demanding wish that she no longer fly.

Why the sudden change of heart? The moral of Christopher Strong is that the title character is a weakling, a man who is so scared of his own standing that he dooms a woman and almost sacrifices his daughter to boot. And, as mentioned above, he probably damns himself as well.

Christopher Strong is a well made melodrama. While Colin Clive may get the titular role, it’s Hepburn’s picture all the way. She’s rarely been better. 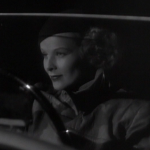 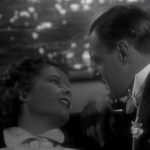 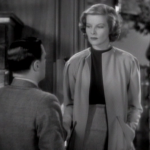 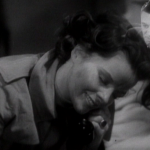 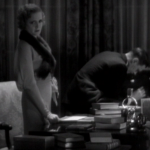 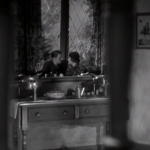 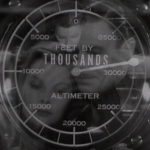