“God’s been awful good to me.”

Having a kid changes you. This is me speaking here from personal experience. I won’t say I was cynical or jaded before I had a kid– I’ve spent the last few years trying to embrace sincerity with mixed results– but I had a thicker layer of demand from a movie. Yesterday, I watched The Little Princess with Shirley Temple, and was left bawling at the ending. Yes, the ending to a movie I’d barely notched up much of a register to just a year before. Becoming a father changes you.

I say that in defense of my manly, manly reaction to Emma which, while not bawling like a madman, did involve a few tears and stifled wails. The movie is a melodrama, the kind MGM readily lined its pockets with, but one of those early talkies that isn’t afraid to be a little daring with the formula. It’s aided immeasurably, of course, by Marie Dressler. Comedic, fussy, and full of a enough tics to keep a steady camera jumping with life, Dressler was a treasure of the early-30s. Ham acting with a real meaty core to it. 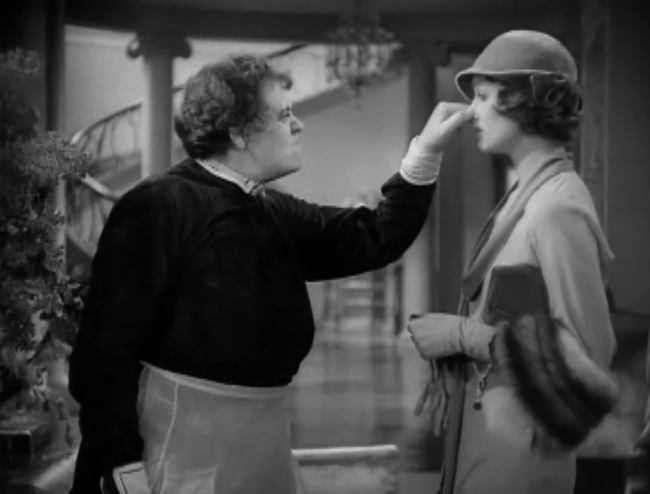 Here Dressler is the titular Emma. (And, no, it has nothing to do with the Austen novel.) Emma has overseen the Smith household for years, helping to raise the five children and dote on the forgetful father. The mother passed away during the birth of the youngest, Ronnie (Richard Cromwell), and he is clearly the most affectionate of the children toward her. The rest, spoiled on father’s wealth and secretly annoyed that Emma took on the role of surrogate mother toward them, resent her, which she pays no mind to. The father, though, realizes how essential she is to the household and asks her to marry him. She’s taken aback, but agrees, and the two have a sweet honeymoon until he passes away unexpectedly.

This leads to a melodramatic murder trial (look, it was the early 30s at MGM– did you think they’d skip the trial?) where the bratty kids turn on Emma, seeing her inheritance of all of their father’s money as proof that she poisoned him. Leading the kids is Isabelle, a Countess by marriage who immediately judges the worst whenever it could effect her social standing. Ronnie is the only one who backs up Emma, but his lust for flying puts him out of communication for the trial. As her defense attorney begins to harangue the Smith children for treating their caregiver as a villain, she stands up and tells him to leave the children alone– they’re just misguided, not evil. Mind you, they’re putting her on trial for murder out of their own selfish tunnel of ignorance, but they’ll learn their lesson when all is said and done. Emma’s good. 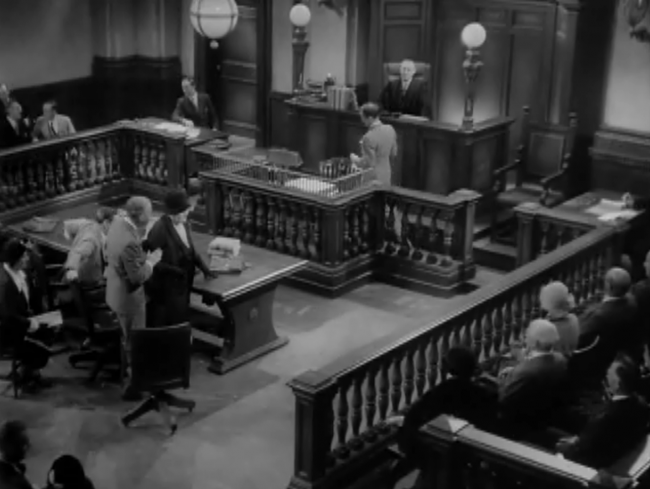 Dressler succeeds here because she takes a character always at conflict between coddling and commanding and manages to find her innate core of humanity. She’s at her best early on where she hounds Ronnie for his decision to become a pilot and then immediately turns around and defends his decision to his father. The film makes sure the audience understands the humiliating station she has developed in life, despised near universally by those who love her and seen with comedic bent with strangers. But from Dressler there’s an on-the-dime precision to it that’s staggering to watch, and the heart that she brings to the role sells the whole tragedy. Cromwell and Hersholt both give superb back-up as well.

The ending is bittersweet, as Emma discovers something about herself and repays a favor to a loved one in a tender coda. There’s no going back for Emma or her family, instead a new happiness must be forged. It’s kind of sweet and kind of cheery, the kind of thing I might shed a few tears over before sneaking into the bedroom and patting my baby on the head. We all gotta grow up sometime. Hopefully she’s got a while yet.

The Smith kids apologize but I love that this story makes them face the consequences. They don’t get to wound this wonderful woman in the heat of their tantrum, and then go back to normal once they get their inheritance and can afford to be forgiving. No, Emma is big enough to forgive but they’ve damaged a precious relationship and have to live with losing it. In that way, Emma continues her role as their teacher, leaving with them one last lesson in adulthood, civility and life’s true valuables.

Myrna Loy was a brand-new contract player at MGM, and she hoped the studio would offer her a new start, a change from all the oriental femme fatales and other unsympathetic female characters she’d been playing. Instead, her role as the grown-up Isabelle in Emma was yet another spoiled rich girl. Not only that, but the studio had Loy working on three films at once, running from set to set changing only wigs and costumes. Dressler, who had had her share of career disappointments, noticed Loy’s disillusionment. “Get your chin up, kid,” Dressler advised her. “You’ve got the whole world ahead of you.” How right she was. That same year, Loy was loaned to Paramount for what would become her breakthrough role – the droll, man-hungry Valentine in Love Me Tonight (1932). Recalling Dressler, Loy would later write in her autobiography, “She was a delight, a lovely woman, high-spirited and caring. I was crazy about her. She inspired awe, too, with her robust presence and extraordinary achievements! In her sixties, she’d returned from near oblivion to become the movies’ biggest box office draw, beloved as few stars ever have been. It seemed that she’d go on forever.” Sadly, Marie Dressler died of cancer, just two years and four films after making Emma.