Hello, Everybody!: Dammed if You Do

“Farming has one advantage– it always pays a man for its toil.”

I shouldn’t have a curious eye. I try to avoid spoilers or even plot descriptions for movies I haven’t seen yet. And, even when I know what I’m getting into, I try not to let it affect my assumptions.

But I was goofing around on IMDB before putting on 1933’s Hello, Everybody! and was gobsmacked when I saw that someone had submitted to IMDB that the film’s budget was $2 million dollars. Mind you, I have little doubt that has to be wrong– the average picture at the time was in the $200k range– but even if it came in at $300,000, I would still be utterly baffled. What could cost that much for Paramount? 90% of the movie takes place on a farm and involves people casually talking. Many of the city scenes are obviously the same stuff they do on the backlot in every other picture. One scene features two kids playing William Tell as a gag– had there been a number of accidents on set? Were the kids in the movie are simply the ones that survived?! 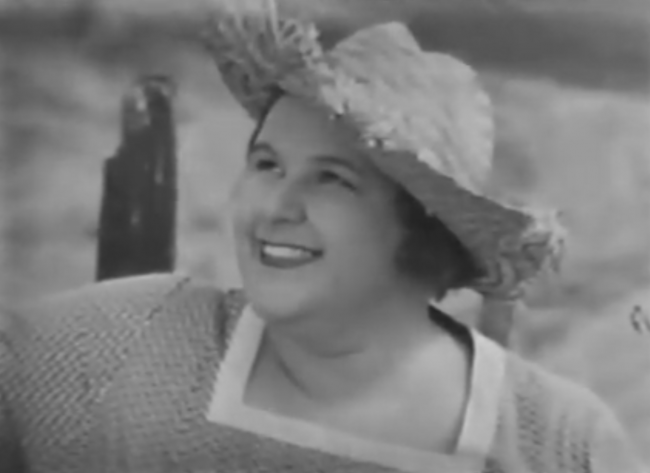 At least Smith has a good smile.

That money obviously wasn’t spent on a screenplay level. Like a number of radio personalities, “Queen of the Crooners” Kate Smith sought to expand her presence to the movie screens and the best way to do that was a folksy origin story. (See also: Jack Pearl in Meet the Baron.) Here, Smith plays “Kate Smith”, simple farm girl who runs the house and is beloved by everyone in the town. Unfortunately, there’s a power company that’s trying to get people to leave the beautiful valley so they can build a dam and flood it. To keep paying for the lawsuits to prevent them from seizing her house, Kate takes to crooning and becomes a big success in the city.

Believe it or not, the valley isn’t going to be flooded. There’s also a romantic subplot wherein a handsome power company employee, Hunt (Scott), falls in love with Kate’s sister, Lily (Blane). Kate apparently has feelings for Hunt herself, but neither Smith nor the screenplay feel an interest in exploring them or even using them for a dramatic force. 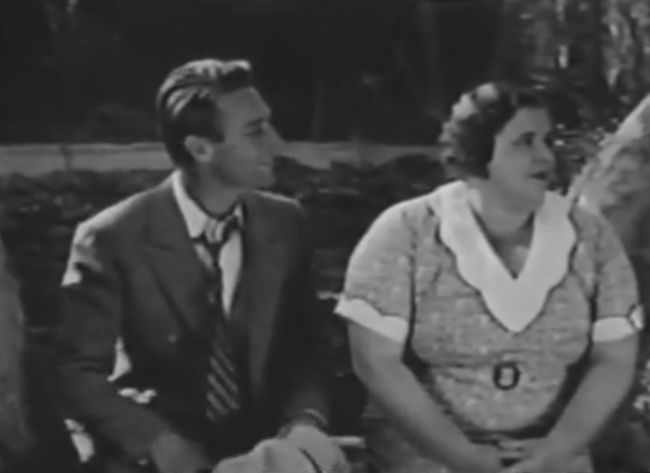 Probably my reaction if Randolph Scott kept looking at me, too. Especially since he’d have to be a zombie.

If you haven’t guessed from the pictures so far, Smith is a rarity for cinema screens of the time– she’s big. The movie knows it, too, implying that she probably won’t ever find love due to her girth. Which is fine– she deals with it, insomuch as the film lets her character do anything besides sing and smile– but on some level it seems kind of cruel just to bring it up.

Speaking of cruel, a lot of Smith’s songs are old and feel it. Most of them are ballads matched with closeups of Smith’s mournful face. The worst of them is “Pickaninnies’ Heaven”, which she dedicates to “all the little colored children” in orphanages across New York City. Hilariously, we’re treated to reaction shots from kids listening to Smith warbling about “a Swannee River with real lemonade!”, and it’s about what you’d expect: 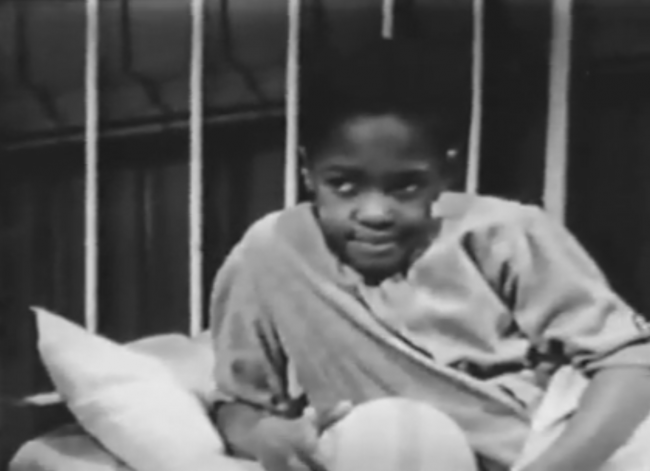 If they paid $2 million dollars for this kid to pretend to smile, that apparently wasn’t enough.

Hello, Everybody! is the most innocuous disaster I’ve ever seen, a blank slate that seems left over from dozens of other films about compromise and good natured, teflon success. If this movie cost as much as it’s rumored to, there’s a book in explaining it, because that mystery is way more interesting than the movie itself.

The picture is obviously designed for those special admirers who never tire of hearing Miss Smith describe the moon coming over the mountain. As such it is completely successful. The old songs are in it, and some new ones. Miss Smith gives an amiable portrait of Miss Smith, happily avoiding the more strenuous phases of dramatic expression.