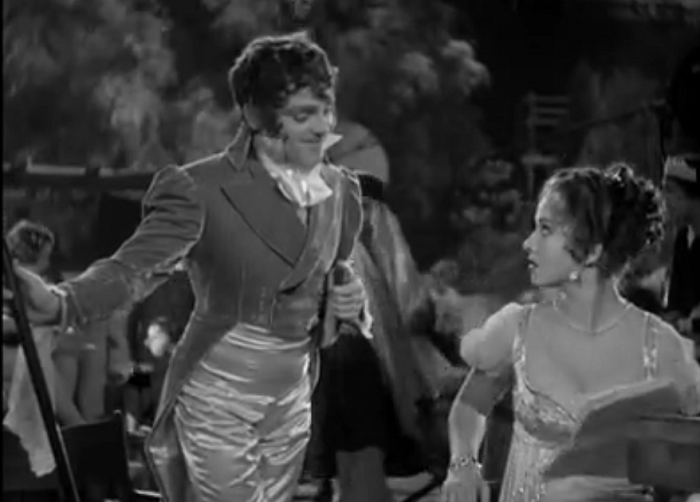 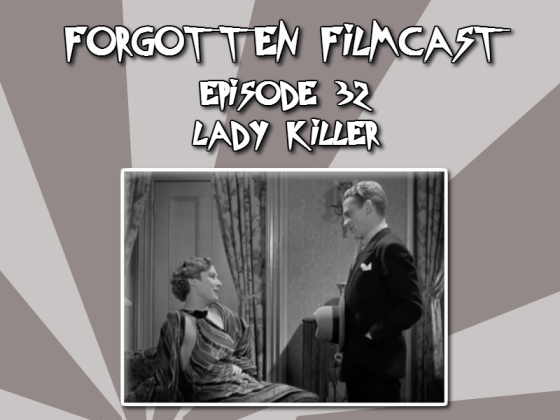 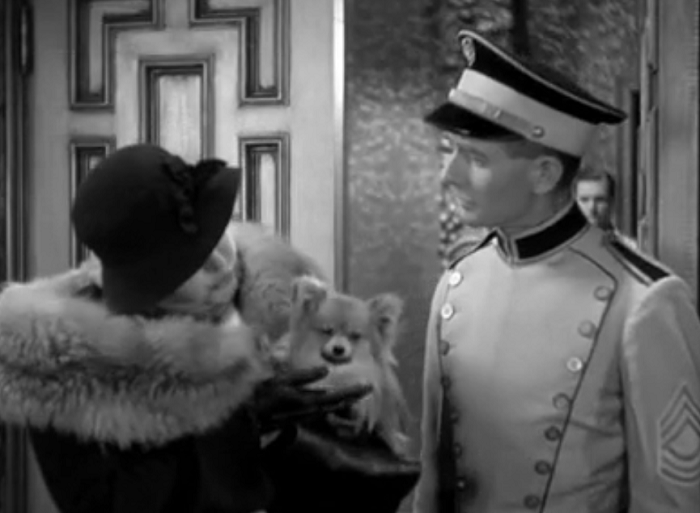 Pre-Code dog watch: a woman tries to bring her pup into the movie theater, but doesn’t get away with it.

Wonderful comments and analysis. I normally focus on silent movie filming spots, but here are some locations from Lady Killer. http://silentlocations.wordpress.com/2014/11/02/how-james-cagney-filmed-lady-killer/

Very cool! Thanks for sharing!

I really like this fun movie. Orry-Kelly came up with some gorgeous and kind of out-there designs for the gowns, especially Mae Clarke’s first gown. Wow!

One other possible Warners in-joke: when the gang is taking a tour of Hollywood stars’ homes, they say they’re visiting from Youngstown, Ohio, which is where the Warner family lived in the early 1900s and first started exhibiting motion pictures.

This movie sure has a few eyebrow-raising moments. In an early scene when the gang is worried about getting busted, Mae is sitting in Jimmy’s lap and they’re pretty much glued together. Then he clearly kisses her left breast! Granted, it is right in front of his face, but Cagney was famously reticent to even kiss his leading ladies (mouths) on screen.

The scene with the monkeys did upset me … love animals, can’t help it.

Great site, I really enjoy your reviews. Waiting patiently for your coverage of the absolutely nutso Wonder Bar from 1934. 🙂