“You don’t mean to say you’ve been a compromising position?”
“Well, the position weren’t so bad, but the circumstances were again’ me.”

“Well, what type of compromising to you specialize in? Plain or fancy?”
“… both!”

“You don’t have to understand. That’s one of the advantages of being dumb!”

Watching the films from the 1930s (which I have been doing, in case you didn’t notice),I find it fascinating to observe what genres in Hollywood have survived the Darwinian struggle of the popular consciousness for the last eight decades. While nowadays old plots like “adopted son ends up becoming a crusader for justice and prosecuting his own real mother” or “gold digging woman attempts to blackmail rich man by threatening his standing” are dusty old relics, we’re still getting a ton of mileage out of plots like “spoiled heiress goes berserk” or “crazy woman killing off people who made fun of her in school”. 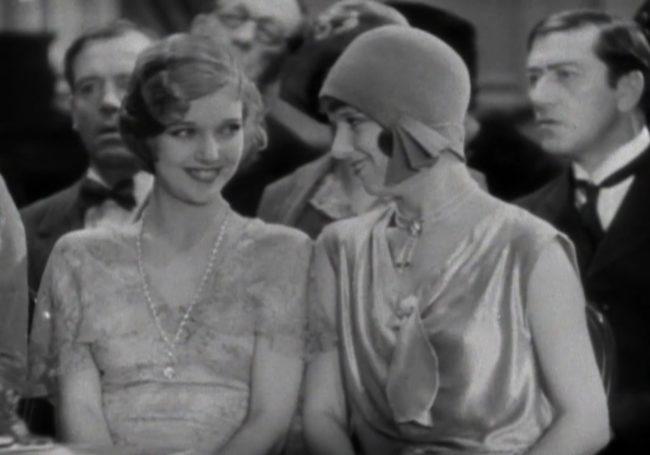 Loose Ankles is extraordinary in the sense that it one-ups that latter category: ladies and gentlemen, Loose Ankles is the stoner movie for the 1930s, with the only minor difference being the drug of choice. This is a movie about what a blast it is to be drunk.

Which, of course, seems highly innocuous to us nowadays, given that I’m drinking a SLO Hefeweizen and there are more bars in this town than decent pizza places. This film was made in the waning years of Prohibition, and it’s indulging eagerly an implicitly illegal pleasure. 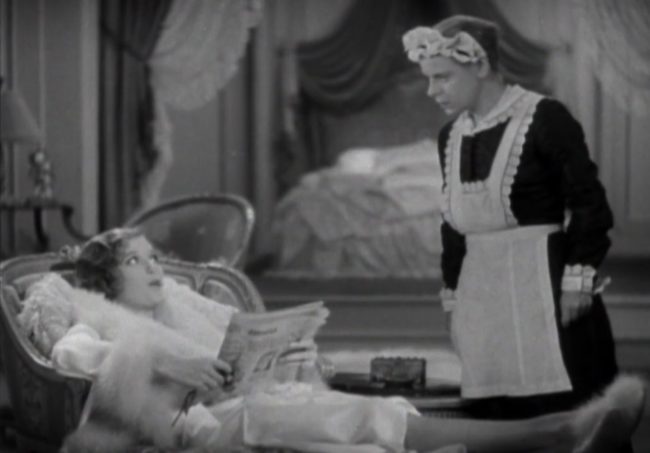 As such, there are tropes of the stoner genre that creep up here: the heroes won’t grow up (they all live either off the suckle of inherited wealth or work as gigolos), the villains refuse to use the demon drug, and everyone’s problem is solved by copious amounts of said drug. Replace this movie’s “wink wink punch” with a plate of pot brownies and you may as well have I Love You Alice B. Toklas or “That 70’s Show.”

Lose Ankles stars Loretta Young as a young heiress in a family full of conservative screwballs. They’re all ready to feast upon an elder relative’s estate, but an eccenctric will demands that Young ends up married before a dollar is distributed. Young decides she’d rather create a scandal and forfeit the will to an animal hospital than give her relatives another cent of wealth. 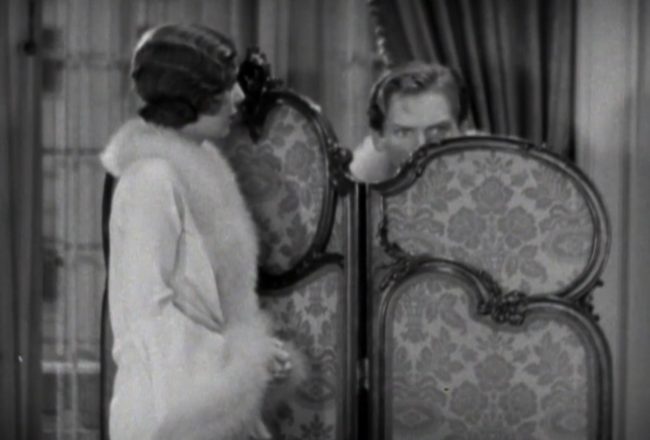 Young’s character, despite being world weary, has no idea how to actually compromise a man and puts a want ad in the paper for a man “young, handsome and unscrupulous”. Fairbanks Jr. enters to play a flailing gigolo whose escort friends pressure him into taking this one little job. Young must rely on her maid, Agnes for advice. This is one of the funniest scenes in the film, as Agnes, with a certain amount of glee advises Young how to remove his clothing piece by piece, eventually resulting in a big pair of scissors to the trousers.

Some meddling relatives bust in and interrupt this charming tet a tet, and soon Fairbanks is running across town in a woman’s robe avoiding the police. Young’s only clue to his identity is a ticket for big show at a local speakeasy later that evening, and soon every character, whether they intend to raid the bar or preserve Young’s virginity or just get drunk off their asses, make their way there. There’s a ten minute sequence of Young’s uptight aunts drinking too much ‘punch’, slowly unwinding in a delightfully nutty way.

There’s a happy ending, and it’s good to know some things don’t change. Which you’ll notice when watching Loose Ankles, since, besides the pervading sense of mischievous fun, there’s the feeling that once again the demonization of alcohol in the early decades of the last century so closely mimic the ways we still treat marijuana today.

For a concept that had been originally developed in the Roaring Twenties, Loose Ankles was more at home in the 1930s. For one thing, its emphasis on female comediennes modeled the direction 1930s comedy was going to take, which would lead away from male-dominated slapstick and towards female-dominated screwball. […]

Director Ted Wilde passed away at the untimely age of 40, before Loose Ankles reached theaters. Wilde was a silent comedy veteran with a resume full of Harold Lloyd pictures (1925’s The Freshman; 1927’s The Kid Brother; and 1928’s Speedy to name some highlights). Judging from his work adapting this stageplay and onetime silent picture into a modern romantic comedy, Wilde made the transition from silent slapstick to talkie farce effortlessly. Hollywood could have used more directors like him. Thanks to a stroke, now they had one fewer. 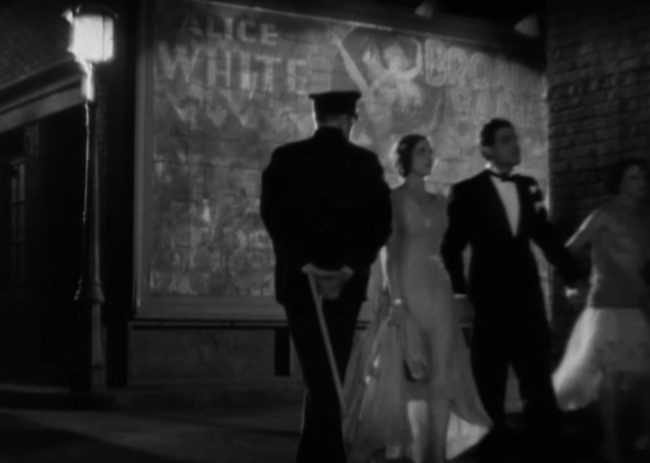 We learn some things: ‘loose ankles’ is a term for gigolos hired to be dance partners, because they know all the speakeasy passwords–as the pair of Fairbank’s roommates do for two of her stuffy old lady chaperones. A louche opportunist gigolo roommate of the grenade-diving pair tries to horn in as if to supply some late inning suspense, but why worry? Young’s beauty conquers all. […]

Let that be a lesson to dope smokers: get the naysayers high, one toke at a time –legalization will come.

One Reply to “Loose Ankles (1930) Review, with Loretta Young and Douglas Fairbanks, Jr.”