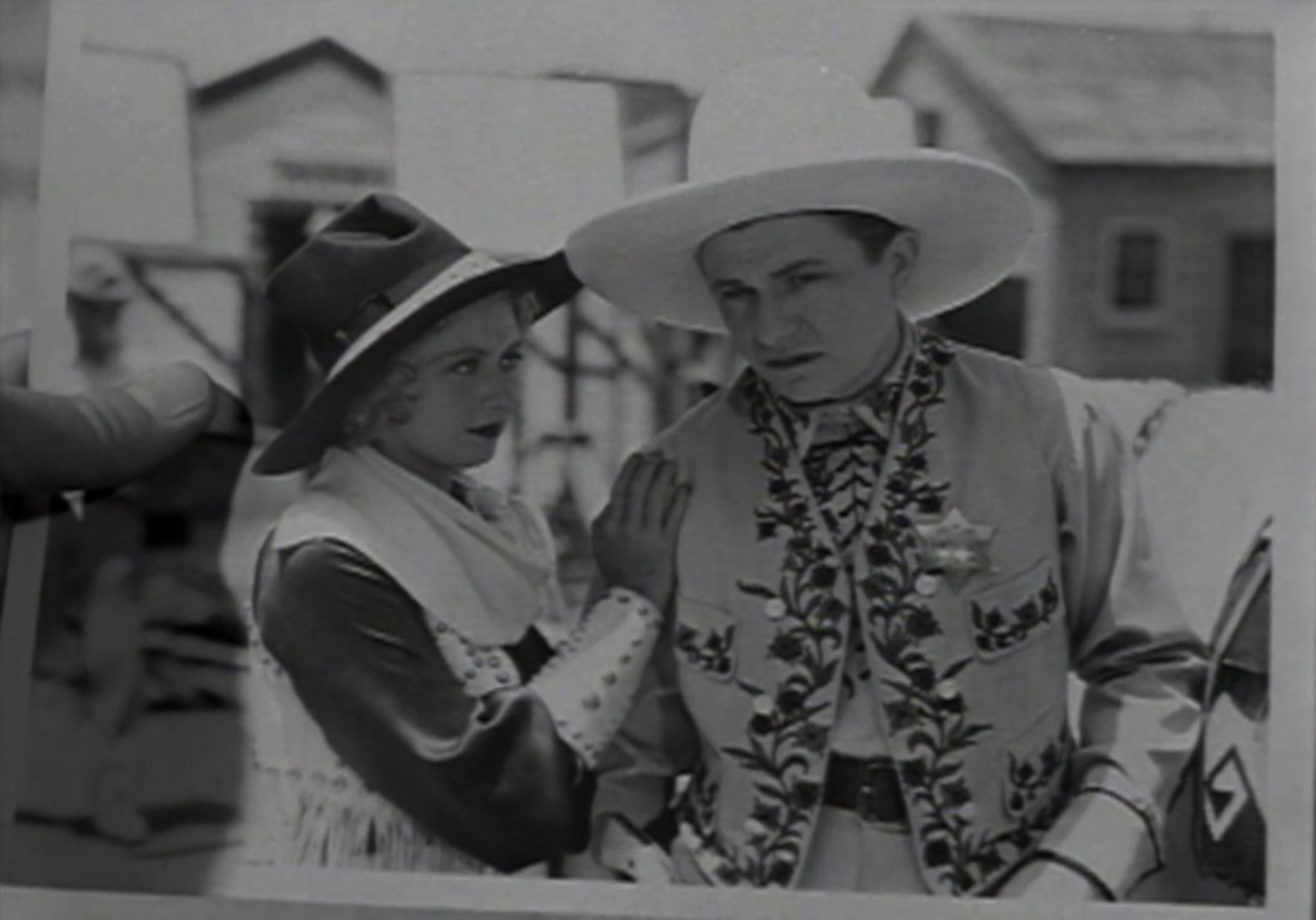 Make Me a Star: Please God No

At the end of Make Me a Star, my dog stood up on her hind legs and touched my knee gently. She has big, sad eyes, and had them focused solely on me. “Are you okay?” those dog eyes said. They asked because I don’t usually loudly boo the end of movies, so her concern was well-earned.

Make Me a Star is a take on “Merton of the Movies”, which was a successful stage play and also a Red Skelton vehicle I’ve had the misfortune of seeing before. It’s the story of a small town boy who heads to Hollywood but is too stupid to fail. Merton, an orphan who needs to find love on the movie screen to make up for all the none he’s ever had, decides to steadfastly apply to be a Western star at Majestic Studios. He’s completed a correspondence course, after all.

Flip (Blondell), a slapstick comedienne, takes pity on him and helps him get a role. Merton’s sincerity make him ripe for deflation, so Flip gives him to comedy director Baird (Sam Hardy); only Merton thinks it’s the leading part a serious cowboy Western. When he sees the preview for his big debut, he’s mortified. His tender goodbye to his horse, thanks to the magic of post-production, now has the horse saying goodbye back.

Make Me a Star is either a really bad comedy or a really pathetic drama, and I’m not sure which it is. Erwin’s wide-eyed innocence as Merton makes him impossible to sympathize with– he’s simple beyond belief. The movie uses that as both a source of comedy and pathos, and it’s so deeply naive that it can’t work. Is this a commentary on the heartlessness of Hollywood? Frankly, Merton’s asking for it. He heads west expecting massive adulation for a minimum of work, and gets it for being himself– just not the way he expected. This isn’t dramatic irony, this is “Isn’t it Ironic?” as elevator muzak.

Joan Blondell, despite playing a comedienne, spends over half of this movie just mooning at Erwin as his Merton makes worse and worse decisions. Seriously, look at the screenshots I’ve got; I’m not sure she smiles more than a half dozen times through the entire run time. It’s an awful role, one where her character never exists for a moment besides to be a rather pitiful audience surrogate. We’re supposed to love Merton, too. Fat chance.

There are a number of cameos that pop up. Witness Maurice Chevalier exiting a car and walking into a gate– I’m sure that’s some of the easiest money he’s ever made. Others pop in, too, like Fredric March, Sylvia Sydney, Roland Young, whoever Paramount had footage of and could cram in. Zasu Pitts and Ruth Donnelly have more substantial roles, which are always welcome, but they disappear to make room for more and more mooning from Erwin and Blondell.

Let me reiterate: Make Me a Star is dreadful. No audience weeps at a tragedy that’s preoccupied with weeping at itself. And, man, if this was supposed to elicit any laughs, then I didn’t boo hard enough.

Merton Gill was the creation of Harry Leon Wilson, who told his story in the novel Merton of the Movies in 1919. Adapted to the stage by George S. Kaufman and Marc Connelly, the original production, which opened in 1922, ran for 392 performances with Glenn Hunter in the title role. He repeated his performance in the 1924 silent film produced by Famous Players-Lasky, the predecessor to Paramount, with Viola Dana as leading lady and Charles Sellon as his foster father. With the coming of sound, Paramount decided to make a new version of the story as a showcase for their rising comic actor, Erwin. When they borrowed popular new Warner Bros. leading lady Blondell for the female lead, however, she took star billing. Sellon repeated his performance as the leading man’s adoptive father. One very smart casting move was the use of silent screen clown Ben Turpin to play a character only identified in the play as “The Cross-Eyed Man,” a comic actor in Erwin’s starring vehicle. Turpin had starred for Mack Sennett and was so famous for his crossed eyes he even had them insured by Lloyd’s of London in case they ever became uncrossed.