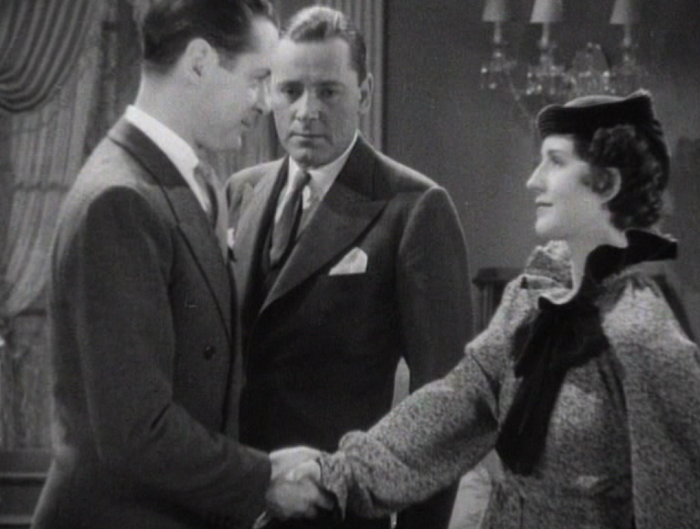 “Well, there was a big full moon– I didn’t put it there. And a soft warm wind full of mimosa and trouble and… we were talking.”

Let’s all take a moment for some sincere honesty right now: some days we all worry that the good folks at the Warner Archive Collection may have lost their goddamn minds. Don’t lie– if you follow the label’s copious output at all, that idea has struck you, I’m sure. And I don’t just mean that because they do things like remind the world that “Chuck Norris: Karate Kommandos” exists or suggest that if I enjoy Hatchet Man or Lady Killer, then I’ll probably love Hot Rods From Hell. (No one likes Hot Rods From Hell, WAC. No. One.) It’s just that there has to be a breaking point for any organization that proffers the Ursula Andress disaster Once Before I Die freely for public consumption. There’s only so many sleepless, nightmare plagued nights one organization can survive.

So when I read the back of my Riptide DVD case and saw the description lead with, “Can an Insect Man and a Lady Sky Bug find happiness together?”, my fears only grew. Had the entire boutique DVD label flipped?

No. No, it seems that WAC is okay for now, which is good for “Spencer For Hire” fans and bad for those of us who were hoping for a big bonfire starting with all of the remaining prints of “The Night The Bridge Fell Down”.

1934 MGM is to blame here… and what must have been at least one pretty desperate screenwriter. It’s difficult to engineer a ‘meet cute’, those wacky circumstances movie couples kick off as a consequence of, and the writer of Riptide really went all out, putting stuffy Englishman Herbert Marshall in an insect suit that makes it look like he’s ready to fight Rita Repulsa and save Angel Grove. Norma’s Lady Sky Bird looks more like a leftover from Madam Satan, mostly a brassiere and an array of plastic strips. It’s highly silly… and, again, desperate.

That’s endemic of the biggest problems with Riptide, which often feels like a slow motion, upper crust remake of The Divorcee. There are plot differences, naturally, but the formula is the same– sexually adventurous woman has sex, things get muddy from there.

Here it’s more about premarital sex rather than extramarital sex (at least at first), as Marshall’s Lord Rexford decides to marry Shearer’s Mary despite her past that has included sex– with him, too, of course. Things bear out for five years, including one cute kid, until trouble arises. Mary feels restless, as would anyone’s whose main job becomes manager to a series of nannies and staying home all night waiting for her busy husband to occasionally show up. She heads off to Cannes with Rexford’s Aunt Hetty (Mrs. Patrick Campbell) and runs into another old partier named Tommy Trent (Montgomery), who admits having had feelings for her years ago between drinks.

The two get properly hammered and a kiss is discreetly shared. Lest you think that Mary is being untrue, Tommy kisses her, and then he chases her all the way back to her hotel room as she defers his charms. He’s still hot to trot, and after an incident where he fails to leap from his balcony to hers, the tabloids pick up on the hints of indiscretion and go wild.

A brief detour in our synopsis: Tommy’s best friend is a gray haired fellow named Erskine (Richard ‘Skeets’ Gallagher), a dapper looking man who mostly gallivants with people when a gallivanter is needed. Also on the scene for much of the madness is Bertie (George K. Arthur), Aunt Hetty’s prim and proper son who is following her around, tut-tutting her associates, and waiting for the old hag to die so he can have her money. The two end up spending quite a bit of time together, as Erskine is the perfect foil for Bertie’s pomposity, and, while I can’t say there are any longing looks, to modern audiences, I’d say it’s hard not to see them on the cusp of hooking up– there’s too much chemistry there to deny, and, man, that would be a snappy wedding.

Unfortunately it’s still 1934 and we’re still stuck with the Marshall/Montgomery/Shearer love triangle. Lord Rexford doesn’t believe Mary when she explains the whole incident was innocent, and he threatens her with divorce. Distraught at the loss of her husband, she recedes to Aunt Hetty’s and into Tommy’s eager arms.

While the film’s basic structure only sticks us in the middle of Act II at this point, the climax of the film has to be the revelation of Shearer’s Adrian-designed nightgown. It’s showcased on several posters for the movie, but, really, it has to be seen on her in full motion to be believed. The revealing shot starts with Shearer reclining on the couch with a smoking, tuxedo-clad Montgomery perched over her. But we only see the couch from the back. With a knock at the door, Shearer arises and we instantly know that they were not having a polite conversation about how much they love Jesus and the good ol’ USA.

I love the sheer cape attached to the gown. I love the liquidity of it. I love how much it puts that dress from A Free Soul to shame. Norma Shearer is a star who was made by her wardrobe as much as her talent. She always seems kind of keen but homely until you stick her in a nightie or a neglige and the sparks fly.

Despite this lovely consummation, Lord Rexford reappears, having had a private investigator prove that his wife originally didn’t cheat on him. Now she has to break it to him that, haha, yeah, I’d like to get back together too, buttttt…

What is it with Herbert Marshall and playing tiny, unpleasant men whose charm flees just as soon as the screenplay demands it? This is the third movie I’ve seen lately where he’s an abusive, frustrated husband who sees his wayward wives eventually find his way back to him. This includes Blonde Venus and The Painted Veil, and, unfortunately, this one sure doesn’t measure up to those movies. Riptide is almost uniformly bland in its lighting and staging, and its flirtation with conventional morality more interesting in what-ifs than as dramatic thoroughfare. As Gavin Lambert noted in his biography of Shearer,

Norma must not die, of course, so there is no accident in a Hispano-Suiza [car,] but a reconciliation with her Lord. It promises to be almost as fatal in view of Marshall’s dim performance.

But let’s look at the movie’s morality, whose themes still echo. In an era of slut shaming and #GamerGate and over fifty years after the introduction of the pill, women are still vilified for sexual expression outside of the marital bed. It utterly baffles me as to why– religious convictions are all well and good (so long as you apply that ‘no adultery’ mandate to both sets of genitals), but is male egotism really so fragile as to label an entire gender ‘the enemy’ for just trying to enjoy itself?

Life’s too short to be shitty to women. But it persists. The virtue of a movie like Riptide is that the ending shows Mary and Rexford overcoming their pride and getting back together– and it essentially denotes that while Mary strayed, Rexford’s stubbornness was the real issue all along. He was too willing to believe the worst about his wife– and about women– to see her as a person, as someone worth knowing and loving sincerely. When threatened with losing her after putting her in a situation of his own fevered mistrust, he acquiesces, as well he should. He doesn’t understand sex, so he has to make due with love. And Mary, being Norma, let’s him forgive her– because she wants him, too.

I think that’s what draws me to Shearer even in a lame movie such as this. Unlike the robot Crawford or the sphinx Garbo, Shearer had this earnest push to clarify and redefine what a woman was on the screen. She’s a woman with layers, with desires she can’t articulate but that must be respected, even in a creaky script like this. She can oscillate between being sexy, silly, vulnerable, or strong, but, underneath, Norma is always those, and powerful at it to boot.

Riptide is the last picture in Shearer’s cycle of about sexually voracious women that began and kicked off the pre-Code era with The Divorcee in 1930. While it’s certainly a smoother production and Shearer’s become much more natural in talkies, it lacks a certain energy and excitement. It’s dramatic, but rotely so, with the comedy in the form of Montgomery and Shearer’s hijinks feeling forced and tired. At her husband’s insistence, Shearer’d soon be moving into more high handed dramatic roles in films like Marie Antoinette and Romeo and Juliet. A grasp– nay, demand for traditional respectability that her previous roles had completely eschewed; it was hit and miss, to put it delicately.

I’ll still be hitting The Barretts of Wimpole Street, the start of the next phase of Shearer’s career soon. But Riptide is a watershed moment for pre-Code, a high tide marker not in quality (for sure), but in terms of one actress’s last farewell to the roles that immortalized her in screen history.

As a narrative, “Riptide,” which was both written and directed by Edmund Goulding, maintains a certain interest because it holds out promise of being a triangle mix-up with an original dénouement. But, as though the author had weakened in his intentions in this respect, the bickering and recrimination eventually wind up in a routine fashion. Thus, it is a picture which depends for its entertainment very much upon its able performers, its glamourous scenic effects and periodical bright bits of dialogue.

What’s with the bug costumes? When you’re writing a story, do you say, “I’m going to add this scene with insect outfits…it’ll be great!”

Robert Montgomery who gets billed above Marshall is in many ways the star of this picture, even though he doesn’t get the girl. He is always the charming gad-about playboy in these movies, but he takes “charm” to it’s zenith in Riptide. He is a leviathan of charm, scooping up hearts like so many plankton and swimming muscularly away when his part in the film is complete.