Short – “Bargain of the Century” (1933) Review, with Thelma Todd and Zasu Pitts

Bargain of the Century: Hell. Yes.

“Say, is that palooka is trying to flirt with me?”

There are a lot of reasons I wish time travel was possible. I’m sure this doesn’t surprise you (I run a damn classic movie blog, after all), and while I’m sure most of my effort skirting the boundaries of time and space would involve a Groucho Marx-esque tour of the great moments (and, naturally, beautiful women) of history, I would save one moment of great sincerity to hug whoever had the idea to team up Themla Todd and Zasu Pitts for a series of short comedy films.

First and foremost, they’re adorable. Pitt’s offbeat aura of whispiness matches up perfectly with Todd’s brazen loudmouth attitude. And that plays into the second point– it’s great seeing a pair of women comediennes get a chance to really let loose. 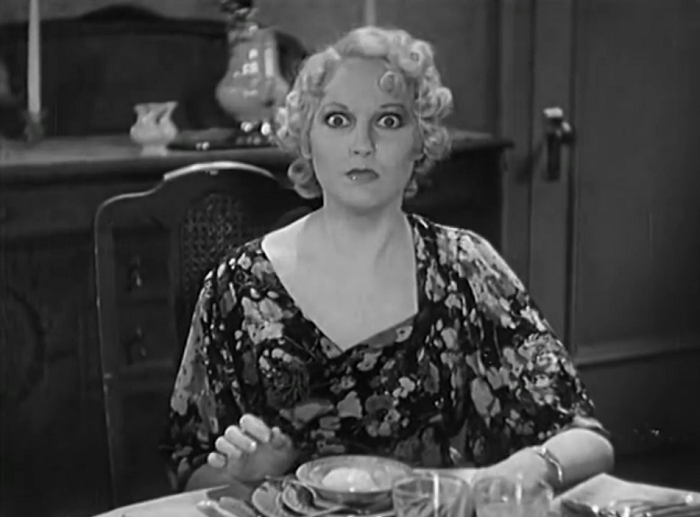 One of those days.

In “Bargain of the Century”, Thelma Todd plays Thelma Todd and Zasu Pitts plays Zasu Pitts– I like this naming technique, makes things easy– who mostly differ from their real life counterparts in that they aren’t movie stars. (Admittedly, it would have been interesting to see the two women play who they really were in real life down to a ‘t’– how would a conservative firebrand get along with a sexually liberated gangster’s moll?) But the comic personalities of Thelma and Zasu are friendly foils, with Thelma often getting them into trouble and Zasu often trying to seduce her way out of it.

The madness kicks off in “Bargain of the Century” as Thelma and Zasu race towards a sale on bedsheets. They’re fairly inconsiderate drivers– at one point, they avoid traffic by taking the pedestrian underpass– so the police pull them over. Thelma first tries flirting, and gets nowhere. She then motions for Zasu to give it a shot, which goes about as well as can be expected.

Thelma then decides to invent a tall tale, claiming to the Officer Butterworth (James P. Burtis) that Zasu’s actually the daughter of Police Lieutenant Finnegan. This wins over Butterworth, and he agrees to help the duo gain a third set of bedsheets from the crazy sale. It’s a fierce battle (with Zasu even managing a married man’s phone number at one point), but they emerge triumphantly. At least, until Lieutenant Finnegan shows up and fires Butterworth. 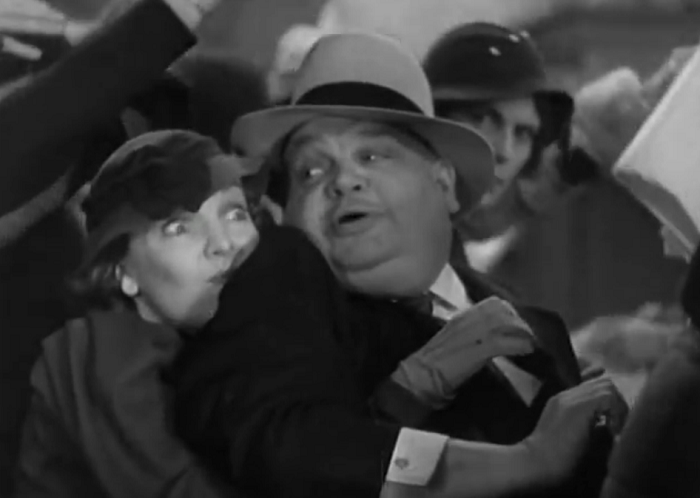 Stuck with the ignoramus of a police officer, Thelma and Zasu take him into their apartment where he spends his free time building an array of anti-robbery devices that, of course, end up injuring the girls first and foremost. Salvation seems to arrive in the form of Captain Schmaltz (Billy Gilbert), a sea captain who Pitts mistakes for a police officer. She lures him up to the apartment in hopes that Butterworth can impress him enough for a job. Unfortunately, Butterworth decides the best idea involves the old “I’m going to break your watch with a hammer” magic trick, which I’m afraid I will probably never see pulled off successfully in my lifetime.

The action is very fast and furious, taking us through the film’s three separate acts and disparate set pieces with energy and ease. While some of the stunt doubles for Zasu and Thelma are obvious, the moments where they put themselves in the middle of the action are still some fun little bits.

But its their chemistry that’s the main attraction, and under the direction of Charley Chase (yes, that one), the short works well in spite of a few tired routines. 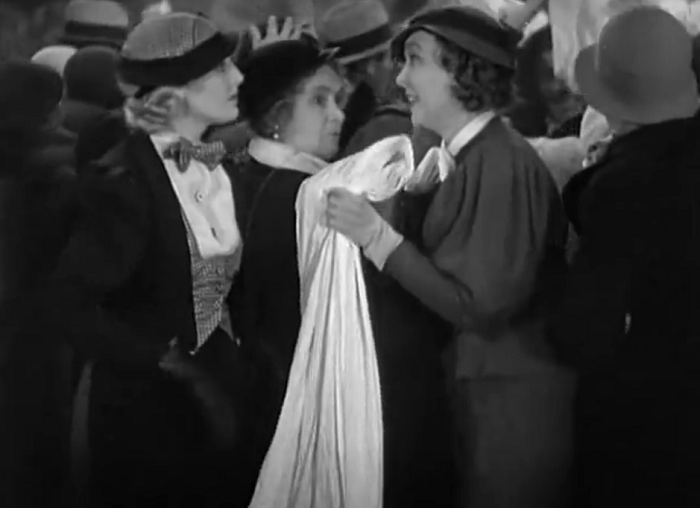 Best buds getting into trouble together.

All month long, Jen! Thanks for coming by!