As a boy growing up in Illinois, there’s really only one thing that was a staple in every child’s cultural education. That was the movie The Blues Brothers, of course, which ran on WGN at least once a week (beating out The Adventures of Robin Hood which I think only managed once a month).

One of the most memorable parts of the movie (especially once all the profanity was cut out) was Cab Calloway’s performance of “Minnie the Moocher”, a sprightly song about a woman’s spiral into despondency. Fifty years earlier, the song’s first appearance in film (along with Calloway’s) is this short from Fleischer studios. 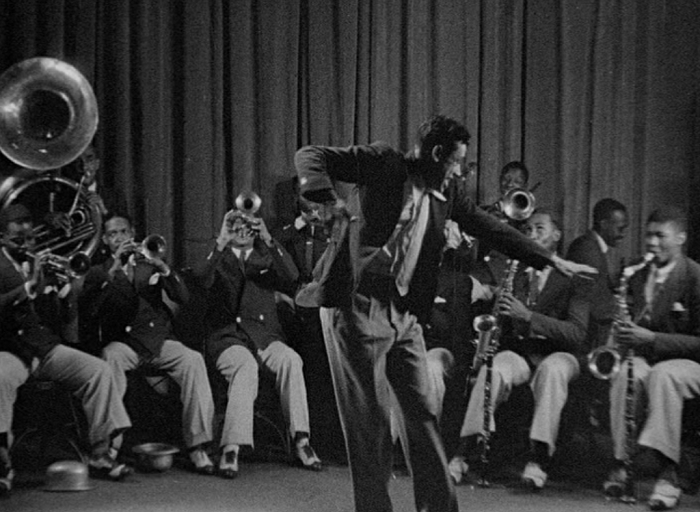 Cab Calloway is on film for the first time.

But I guess what this really leads me to is my next attention getter: was Betty Boop on drugs?

I don’t mean the animation team behind the Betty Boop shorts– god knows how many uppers it may have taken to churn out early 1930s animation, but I imagine no one had much time for hallucinogenics– but Betty herself in “Minnie The Moocher” may have snorted some of that newfangled cocaine to get her through the madness that unfolds throughout. 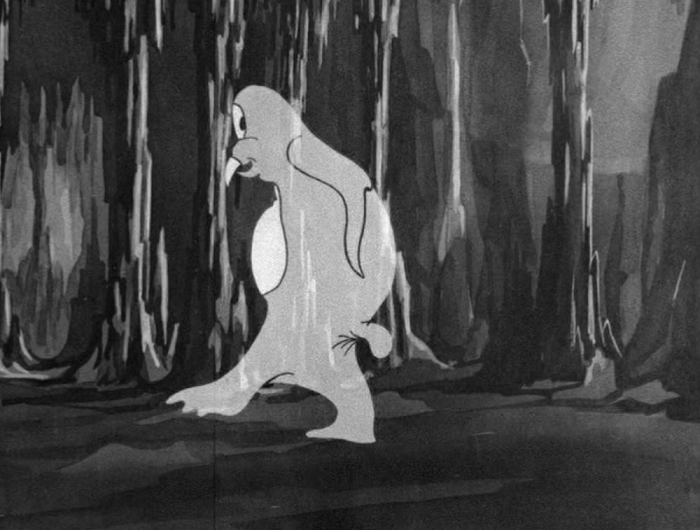 I’m not sure why a walrus, to be honest.

I wouldn’t actually make this inference if the song “Minnie the Moocher” didn’t include a few direct drug references in its lyrics, including a bit about Smokey who’s a ‘cokey’ (as in coke head) and how he taught Minnie “to kick that gong around” (which is slang for smoking opium). The song itself is quite a dark piece of work, with Minnie getting mixed up with the wrong guy and seeing her dreams destroyed.

The plot of the cartoon begins with Betty’s immigrant parents (so I guess it was Boopinski before they came to America?) yelling at her for not eating any food. A flower even comes to life and encourages Betty to take a bite, only to try the food himself and to die from it. Betty gets some consolation from a statue which… well, okay, I want to talk about the statue before I do anything else.

This short moment raises so many questions. Why do the Boopinskis have a live nude statue at the foot of the stairs? Why does the statue choose to remain nude until she puts on a skirt? If she needs a skirt, why no top? Is there some sort of topless statue coterie I’m unaware of that feels shame about their genitals? Why doesn’t she just wear the skirt all of the time?

The thing about it is if the statue didn’t pull up the grass skirt, the audience probably would never think about its nakedness, and rather merely accept her as a female statue figure. Instead there’s a very deliberate moment that calls attention to the fact that the living statue wishes for some modesty. Which, I guess emphasizes her naked breasts.

God, I hope a future employer never reads this review. 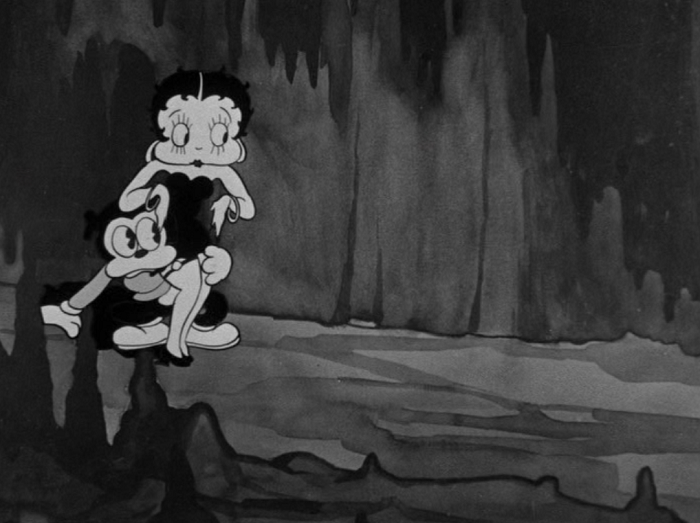 Betty decides to run away with her boyfriend Bimbo the dog. They get out of the city when things start looking frightful. Bimbo and Betty duck into a cave only to find a ghostly walrus (goo goo kachoo) appear and begin to belt out the title tune with Calloway’s vocal stylings crooning the ‘hi di hos’ with a great deal of flair.

While the song plays, we’re treated to a variety of spooky imagery. Besides the rotoscoped walrus, we’re treated to skeletons drinking and dying, ghosts being sent to the electric chair, a mother cat being starved of all of its milk by its litter of kittens, and ghosts splitting and dividing. Characters and the background move at different speeds, adding to the spectral feeling as we watch dead things dying and living things sucked of their life. 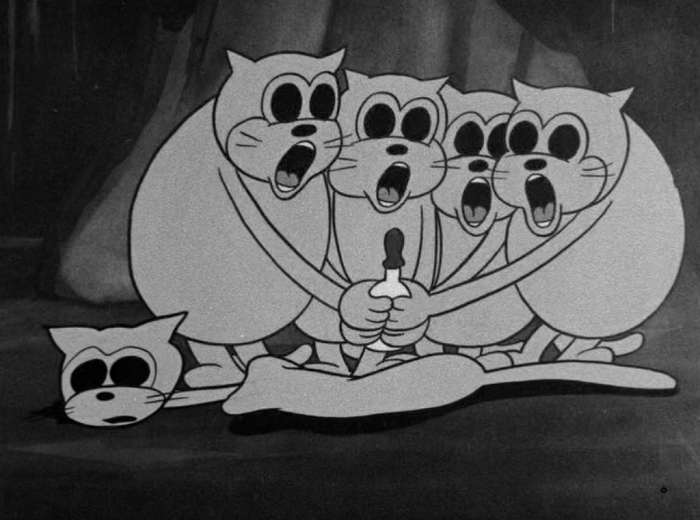 The moral to Betty mimics what Minnie doesn’t learn, that the darkest parts of the world are nothing but a circle of death and horrors, unrepentant. Betty runs home and cowers under her bed as her goodbye note tears itself to pieces, leaving only ‘Home Sweet Home’ left to be read.

Back to the drug angle; the biggest obstacle to that interpretation is, of course, that all Betty Boop cartoons are surreal as hell. Fleischer’s imaginative cartoons made everything alive and part of the general madness of the process. If Betty is mimicking Minnie here, there’s no way to tell outside of her lack of appetite and the song’s foreboding lyrics. 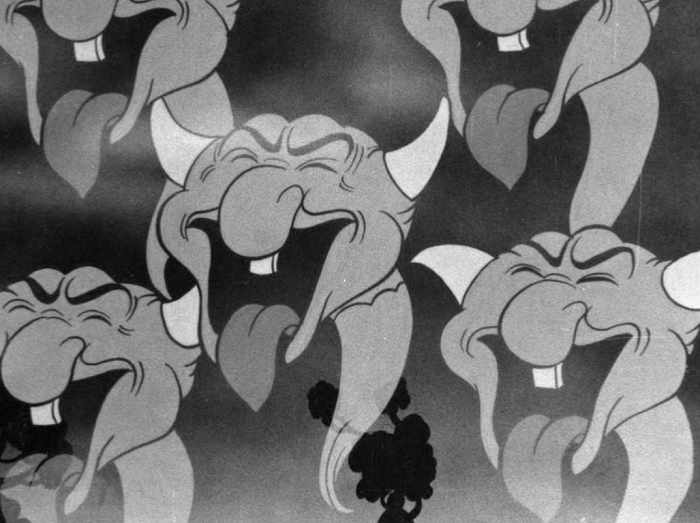 It’s probably something I shouldn’t think about so much, but the short’s flimsy plot line leaves a great deal to the imagination. Calloway made two more shorts with Fleischer which we’ll be getting to at some point, but, while this short has it’s moments, its best is the title song.

It is a great mashup of the musical and animated short genres of the time. A trippy “music video.” My favorite Betty Boop cartoon. Love Cab Calloway as well.