Office Blues: A Letter to a Lover

“What has he gotten me? Only monotony.”

Less than two days into my “Short Month of Shorts” and I’m already at a loss. “Office Blues” is a piece that was obviously knocked off during some down time for a bunch of Paramount contract players, something thrown together to take advantage of a freestanding office set and a group of talented people eating away at the payroll.

The premise is simple: two songs from a very young Ginger Rogers playing a secretary who is describing her desire to make time with her boss. Both songs see Rogers rattle off colorful strings of wordplay and innuendos, with the film’s final shot being a quite hilarious little double entendre. 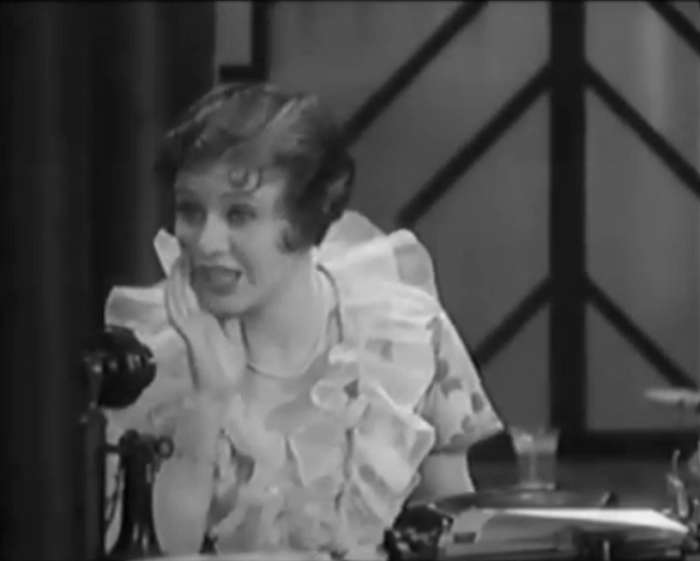 But that plot description is pretty much all that happens. The first number is entirely Rogers gesticulating and dancing around the wordplay while stuck behind a desk. The second sees a brief fantasy sequence come to life where her dictation comes to life via a bunch of poorly coordinated chorus girls wearing dresses with numbers hastily sewn on them. This is obviously a little piece of work to take up some time for both the people who made it and the people in the theater waiting for the next Paramount production to appear.

The short’s only nine minutes. The songs are nice and mildly catchy. And I didn’t ruin that last, fairly risque gag for you. Watch it.