For this installment, Thelma’s a newspaper stenographer who yearns to beat one of the female reporters at her game. A mix up in search of a stolen Siberian seal leads Thelma and Zasu to an old dark house full of sideshow performers, including a tall man, a midget, a witch doctor (who apparently lounges around in his getup), and a boxing gorilla. There’s nothing malicious in their portrayals, as all the freaks are working stiffs just trying to relax while two hysterical women run around in search of a seal. 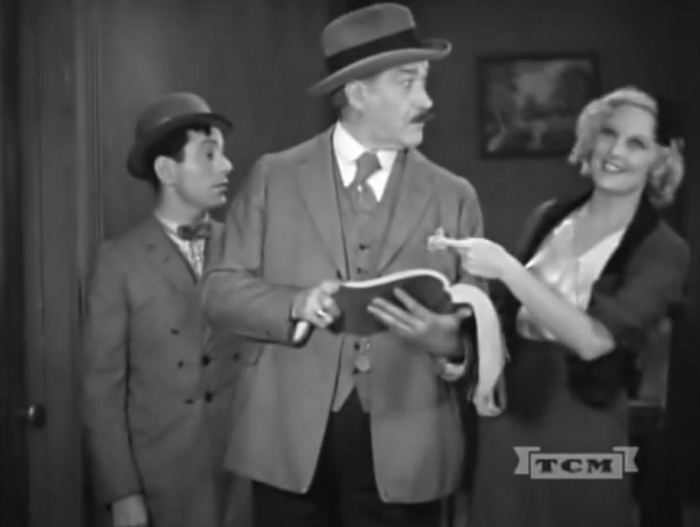 There’s nothing particularly noteworthy in this one, besides the journalism mileau that so many other pre-Codes took advantage of. Setting up a female reporter rivalry is a nice touch, even if there isn’t a payoff. There’s also a few moments where the short tries to build tension rather than just go for laughs, which makes it a bit better than your usual spooky house send-up, if only by a hair.

That’ll be Charles Gemora in the monkey suit, Hollywood’s favourite gorilla. Also in Island of Lost Souls, Murder in the Rue Morgue, At the Circus (Marx Bros), Swiss Miss (Laurel & Hardy) and the Martian in “War of the Worlds” (1953)

The man had a niche. Good on him.