State Fair had been made a year before the institution of strict Production Code enforcement in 1934. Although the writers had cut the novel’s depiction of a sexual affair between the daughter and the reporter, they had kept the son’s seduction by the trapeze artist. Moralists were particularly outraged by a scene in which Foster and Eiler’s dialogue is heard off-screen while the camera reveals a rumpled bed and a negligee on the floor. Making the scene especially offensive was its inclusion in a film starring Will Rogers, whose star image usually guaranteed unobjectionable films. When Fox re-issued State Fair in 1935, the film industry’s self-governing board insisted the scene be removed. The cut has never been restored.

State Fair: A State of Affairs

“Buddy… don’t you, sometimes, feel like you want to go away somewhere and just raise hell?”

Boredom. It’s a powerful anathema. It certainly sets the plot of State Fair in motion as a rural family heads into the annual carnival of gaiety and they get roused out of their humdrum lives. It’s also not very exciting to talk about, which is where my problems in discussing the film come in.

The plot puts the Frake family at the center of the Iowa State Fair. Mom enters a mincemeat competition, dad puts his pig, “Blue Boy”, up as the best in the state, while son and daughter both find time for love affairs. The son, Wayne, meets a lovely acrobat who quickly slips into something more comfortable when they’re behind closed doors. (Side note:I would 100% rather watch a pre-Code about a sex-hungry trapeze artist starring Sally Eilers than this trifle.) 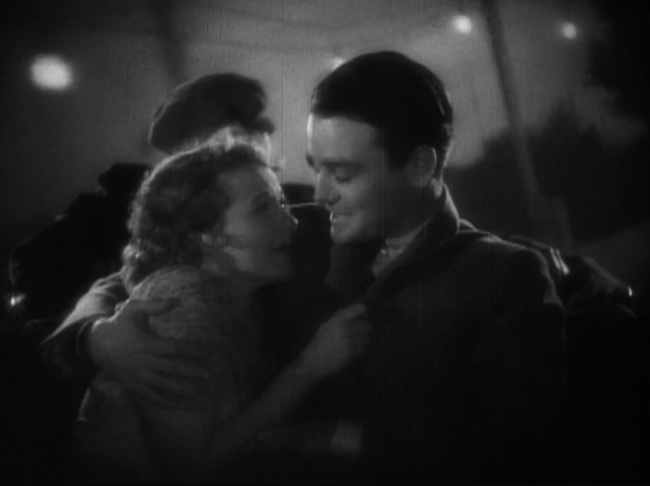 The daughter’s case is a bit more serious: the boy she’s been seeing back home is one of those ‘preordained’ boys who’s always been in her life. She craves something more and steps right in it when journalist Lew Ayres swoops in. Their meet cute involves her almost fainting on a roller coaster, which is a fun reminder that seatbelts were a late addition to those things. The two hit it off, but he has a history with women and she’s terrified that his gaze may wander after they’re married. She notes dreamily, “I love you, Pat. But sometimes you seem like something I’ll wake up from.”

Experience, freedom, fame and fortune tempts them all in little and big ways. It’s a broadening of their horizons, but then it’s back to seclusion until the next year. There’s a living atmosphere here as Melissa says hello to their camp mates who they see every year, or as they sit in the cold truck trudging their way there and back. Abel puts on the radio and helps tuck the shawl onto his wife. The pig seems content, too. 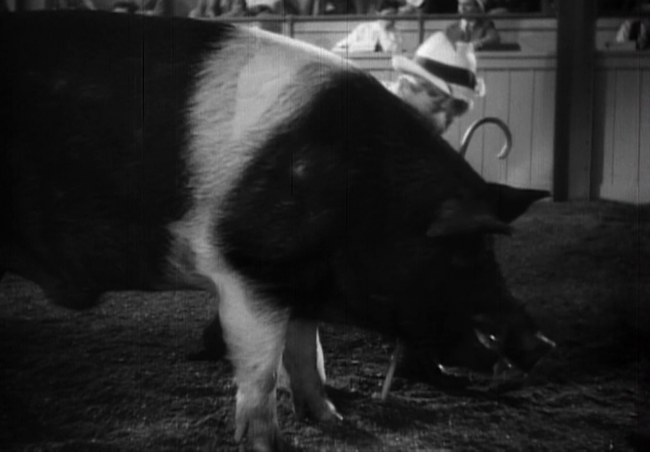 The movie itself looks fantastic. Director Henry King uses tons of tracking shots, plenty of outdoor work, and really pushes the movie so it never feels studio bound for a minute. He gets a dreamy haze during the love scenes and some nice suggestive punches during the seductions. Even the pig fight (yes) looks good– though that’s matched by how swiftly brutal Rogers’ turn on Blue Boy becomes as soon as he’s won the prize (“You’re a trophy today and ham tomorrow!”).

I’m a huge Will Rogers fan, but his folksiness here borders on overkill. The rest of the actors are understated and fine, but there’s not a whole lot of meat on the bones. While I appreciated the atmosphere, the movie seems to want everyone too innocent and too sweet by a few steps over. Outside of the direction, the movie feels about a step up from a Ma & Pa Kettle flick, if that reference makes any sense to you. 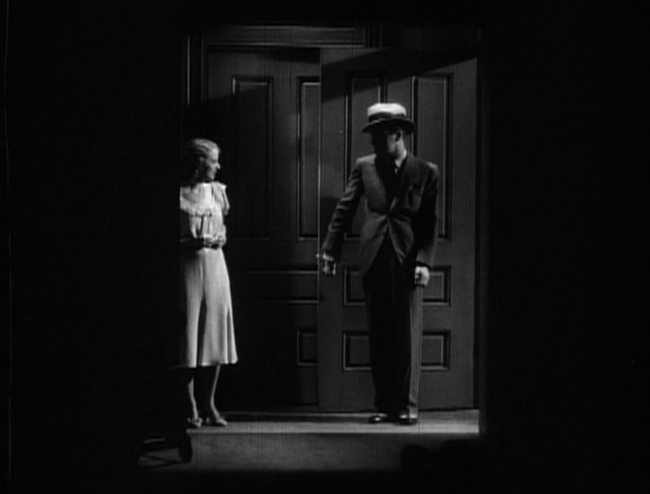 That’s not the film’s fault. It’s closest cousin may be another 1933 release, Little Women, as both films look at family and the joy and love that bind them. State Fair is certainly a bit more PG-13, especially the way Eilers glowers at Foster, but they are both polished, bittersweet tales that can pull heartstrings without resorting to the usual cheap and dirty tricks.

But, man, I’m just not feeling this one. Maybe it’s my Midwestern upbringing, but I just can’t buy the glowing pastoralism on display. It’s too… I don’t know. Boring.

One gets an idea of the excitement of the country folk going to the fair and also of the relief when the annual event is over and they are once more back in their rural homes. It is another wholesome entertainment which attracted great crowds to the Radio City Music Hall and it comes as a welcome change from gangster effusions and those concerned with distraught mothers.

Blue Boy, Rogers’s hog in the film, was played by the grand champion boar from the actual Iowa State Fair, Dike of Rosedale. King warned his star that the animal was temperamental, so he should steal clear of it whenever possible, but Rogers claimed “I’ve always been on friendly terms with hogs. Me and him’ll get along all right.” When King had Rogers called for his first scene with Blue Boy, they couldn’t find the actor in his dressing room or his usual hang out – his car. They found him fast asleep in Blue Boy’s pen, with his head resting against the hog’s side. After filming ended, Rogers was offered the chance to buy the hog, presumably to slaughter. He demurred, saying, “I wouldn’t feel right eatin’ a fellow actor.”