“What we need in America is a little more law and order. I tell you it’s time to put a little fear of god into people.”

Whenever someone says that, it never ends well for them. Street Scene is a fascinating little drink, a drama about the melting pot of American society that vivisects how prejudice and bruteforce sexism cleave the world into ashes.

One of those “oh yeah, this is a stage adaptation” films, it still feels refreshing. Set in front of a single tenement building over a 24-hour period, a cast of mixed-ethnicity folks bicker and banter as a hot day drags on. At the center of it is Rose (Sidney), whose father, Frank (Landau), grouses that line up above. His job is never fully stated, but it’s clearly not above the board. He’s also beginning to pick up hints that his wife, Anna (Estelle Taylor), has been spending a bit too much time with the milkman (Russell Hopton) as he makes his daily routes. Many on the front stoop argue about this as well, resulting in a mixture of old fashioned American slut shaming and empty empathy for the poor woman. Anna only seeks a kind shoulder to help make her grinding poverty and unaffectionate husband seem a little less bleak. 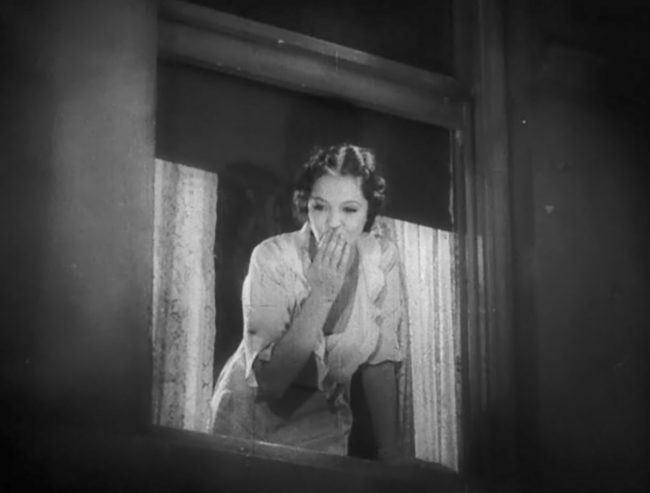 Meanwhile, Rose has a romantic interest in Jewish college student Sam (Collier Jr.), but he’s studious and shy. He’s also at the mercy of the building bully, Vincent (Matt McHugh), whose methods of flirting with Rose would probably warrant seeking out a restraining order nowadays.

They clash and argue, every person a microcosm of American swagger and frustration in one way or another. There’s the old Italian singer with a still-amorous interest in his playful wife, the Jewish communist, and a working girl who can’t stand a man’s kissing until she takes another big swig of cheap bootlegged booze. Lines like this one get tossed off with thudding accuracy:

“There’s a lot of people who won’t be happy unless they’re making trouble for somebody.” 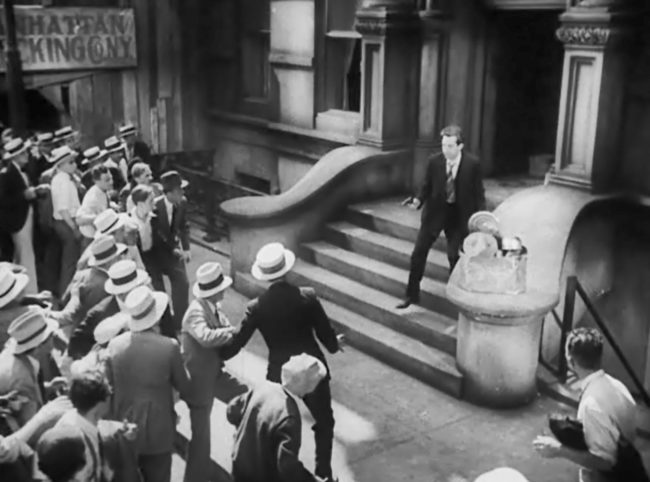 There’s a lot to unpack in the twin, multi-generational stories of the Maurrant women, as both see themselves oppressed and bullied by men with huge egos and financial prowess while they both fall romantically for men with less stable financial futures. But mom Anna articulates, “What’s the good about being alive if you can’t get a little out of it?!”, giving Rose plenty to mull over as her mother’s love affair explodes into the destruction of her family. The hissing biddies that dot the front stoop seem to have a point; happiness isn’t worth risking stability.

Elmer Rice, who adapted his Pulitzer-winning stage play for the screen, makes a dramatic tale told often enough and fills it to the brim with the stunning complexity of life. This is best illustrated in the women characters who, besides Anna and Rose, suffer in the shadows of a world where their primary purpose is for sex, where they have little say how or when it is given with no other options present. It’s easier to accede to the myriad of demands placed upon them than hold out hope for someone who isn’t, to use a French term, an asshole. 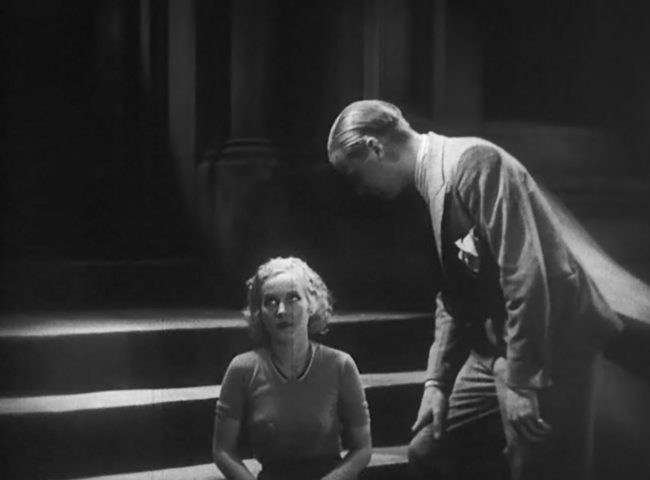 There are a few anachronisms to chuckle at– everyone is just tossing whatever garbage onto the street that fancies them, including just dumping it out windows. I mean, it’s New York, but they at least try to cover it up a bit nowadays. There’s also the fact that the film’s diversity is a variety of Europeans, leaving other races in the background, which hides some more complicated discussions that could be made.

That considered, Street Scene still remains eternally young. Director King Vidor, who always had a strong social conscience in his work, grants even the most vicious tenant a sense of genuine life. Sylvia Sidney in the lead cries her tears and tugs at the heartstrings with her quiet inner storm. And the movie’s ability to convey the sense of being crushed under the boot, day in and out, that sweltering pessimism that lurks down every dark alley of the city, remains. And all the backbiting, double guessing at everyone else’s misfortunes may be the most American tradition we still have left. It’s all here.

Those who have not seen the play undoubtedly will be satisfied with this screen interpretation, which was sponsored by Samuel Goldwyn. But those who did see the stage production will assuredly make comparisons between the performances of the film players and those who appeared before the footlights, and the verdict will be in favor of the latter.