“You and Jeff spent half your lives building a wall that separated you when you shoulda been friends. I’ll break it down.”

There’s one scene early in The Painted Desert where two grizzled cowboys have trouble putting a shirt on a toddler. Everyone, let’s be honest– putting shirts on a baby is not the tough part. 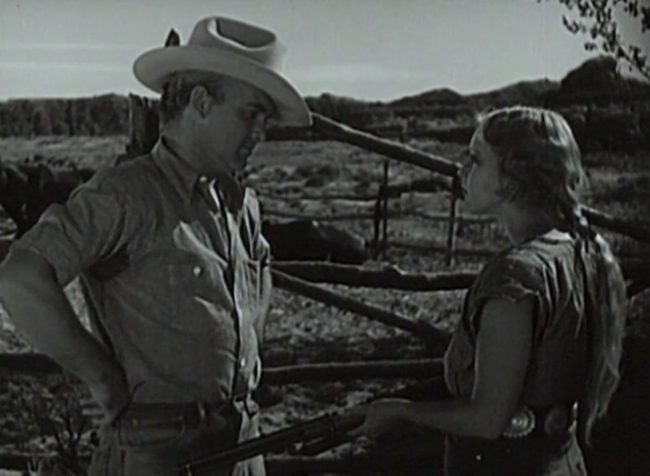 It forebodes bad luck for these gents, and sure enough they’re quickly at arms. Holbrook (William Farnum) draws a gun and takes the kid, while Cameron (J. Farrell MacDonald) stays at the watering hole, intent to make a living out of it. The two become bitter rivals, even though the kid, Bill (Boyd) grows up to love both men and seeks a reconciliation. Complicating things is Cameron’s beautiful daughter, Mary Ellen (Twelvetrees) and a jealous rival, Rance (Gable).

Phew. Got all that? The Painted Desert is ambitious for a Western of the era, a multi-generational tale of betrayal and jealousy. But it is also a movie from 1931: the pauses between carefully enunciated lines of dialogue are painfully present, while the camera stays annoyingly still. This is really apparent during a number of explosions that occur mid-movie– they’re supposed to completely change the stakes of the plot but the static camera makes it impossible to tell. 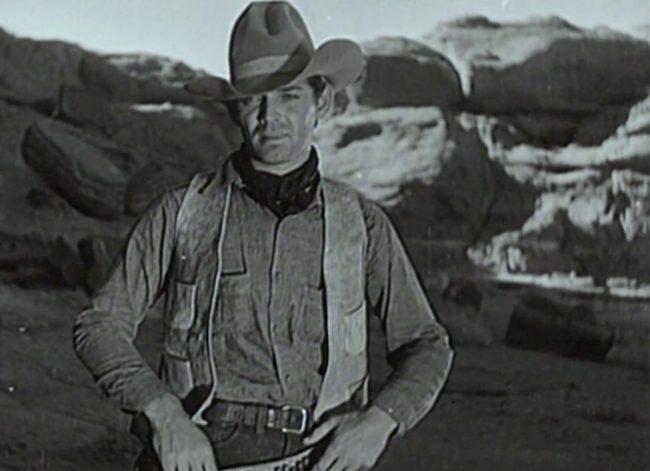 The other flaw is that the movie simply makes it too easy for Bill. (And, yes, I know he almost gets shot several times.) William Boyd is a charming performer, but here his Bill is simply too teflon, exhibiting nothing remarkable and yet instantly winning Mary Ellen’s heart. The only real emotional arc of any character here that isn’t tinged by melodramatic cues is Gable’s Rance, who follows his heart desires with a nasty edge, his character a lonely that briefly saw salvation and then saw it robbed from him with what amounted to whole indifference.

The other actors aren’t much more to write home about. Twelvetrees is pointedly relaxed and at ease as the rough and scramble daughter of Cameron, though she weirdly develops a flighty Southern accent when the family mine is built. Her character goes from badass to timid swoon in less time than it takes to say “tired gender stereotypes”. 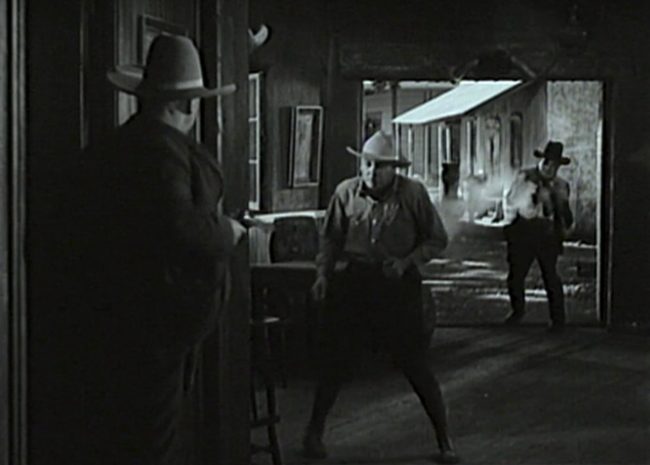 A 50-minute film in 70-minute guise, The Painted Desert is a miss. It’s one of those movies that could have been served well with a remake, with fewer characters saying stuff directly in front of their enemies to advance the plot and a sharper main character who might actually seem torn by all the awful stuff he’s put through. The movie ends with a handshake and a wedding– maybe ditch one of those next time around and you’ll end up with something stronger.

[The] myth is that when Gable’s agent at the time, Minna Wallis (sister of producer Hal Wallis), got Gable the job as the villain in The Painted Desert, she neglected to tell the producer that Gable could not ride a horse. Gable had ridden horses since his boyhood. Nevertheless, he did go out to Griffith Park for four weeks training in stunt riding with an old, one-eyed stuntman, preparing for whatever action the director had in mind.

Except for a rather flagrant bit of miscasting in picturing dainty Helen Twelvetrees as the gun-totin’ daughter of old Jeff Cameron, the prospector, “The Painted Desert” is a good film of its kind, but it is only for those who have watched with regret the screen’s coming of age.