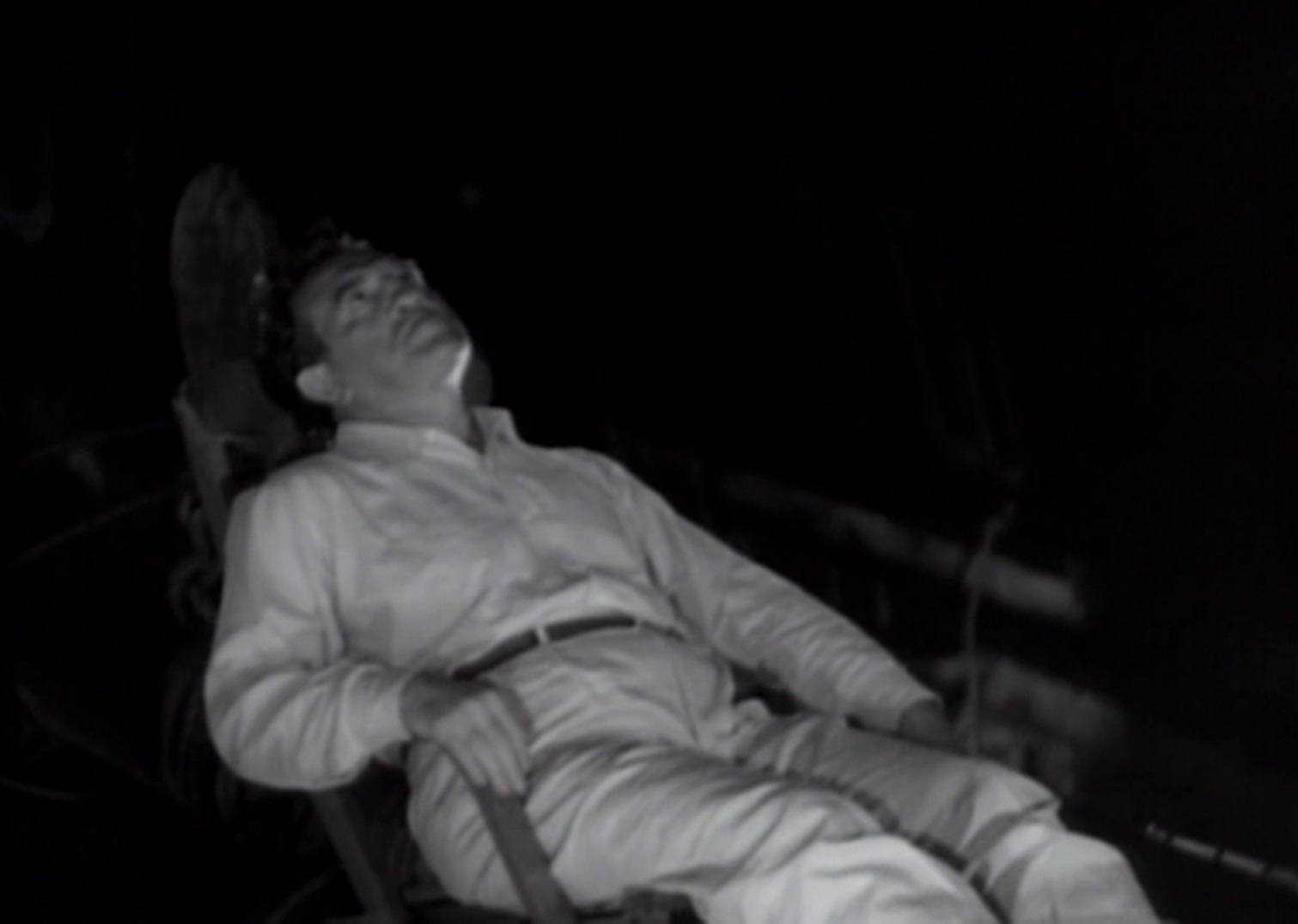 The Sin Ship: All A-Bored

“Listen, Charlie, why don’t you take my advice and be more like me? I don’t say no prayers, I don’t hit no cripples, and I don’t fall in love!”

Louis Wolheim is one of the great ‘what ifs’ of early Hollywood history. The blunt faced actor who made one of the first great films of the talkie era, All Quiet on the Western Front, so memorable, died in 1931 from stomach cancer. He had a few projects lined up after that Academy Award winner, including this one, The Sin Ship. Released two months after his death and featuring the actor’s directorial debut, the film is wistful in a way– a yearning for the way that good can alter people’s lives in sometimes unwitting, almost sinister ways.

Wolheim plays Captain McVey, a rough and tumble who has no use for women after a night. Of course, he pronounces this loudly to his dopey pal Charlie (Hubert, who also wrote the screenplay) all of five minutes before seeing the ravishing, classy Kitty (Astor) on the dock desperate for a ride. She’s with her husband, a Reverend Marsden (Ian Keith), and they need a lift to the country of ‘Salvador’ and quick. McVey, seeing an opportunity to get in good with the woman, takes them up on the offer.

Wolheim, clad in all black, lures Astor, in all white, down to his cabin, and locks the door behind her. He tells her all women are the same, and plans to do the same to her as she does to them. Rather than panic, Kitty spreads the ‘truth’ to McVey: he’s compensating, and there has to be some good in him. Because there is, he lets her go and promises himself to reform. He does so clumsily, with bad grammar and sloppy manners, but there’s a kernel of good to all of it.

What he doesn’t know is that Kitty is actually pulling a fast one on him. Giving him the high and mighty routine, she herself is a con-woman known as Frisco Kitty. Her flighty reverend husband is really a coldblooded robber named Smiley who drinks too much and regards Kitty as little more than property. While Kitty enjoys pulling her routine on McVey, it’s Smiley’s coldhearted cruelty that pushes her closer to the poor captain and the sudden simple desire to do good that he engenders.

After the fairly clever setup with the conwoman pulling one over on the captain, The Sin Ship meanders itself to death. Never quite sure if the audience is supposed to laugh at McVey or sympathize with him, he comes across as a cartoon, Bluto trying to woo Olive Oyl. Astor’s Kitty is similarly wrecked– after her first revelation scene, where she snickers at how easily McVey was duped by her acting, she quickly becomes a rather tepid woman who needs saving from an abusive husband and whose edge disappears into smoke. They instead become the playthings of the villain, Ian Keith, a notably slimy bastard who at least comes across as human.  But this removes romantic tension– the Wolheim and Astor end up together at the end of the film because that’s how these movies end.

It’s a bit of a disappointment, unfortunately. Wolheim, directing himself, frames a couple of stunning stark images, including a quiet moment where his McVey sits in a deck chair a boat he’s spent lifetimes on and stares up at the mast and the stars like he’s seeing them for the first time. Astor tries her best, but it’s always tough when a character’s best scene is one of the first. Despite the film’s salacious title, The Sin Ship is mostly tame; worse, it’s painfully conventional.

While there can be little doubt that had he survived Louis Wolheim would have become one of the great character actors of the 1930s, The Sin Ship leaves us to wonder if he would have directed more movies. Just prior to his death Picture Play said no, reporting that Wolheim “had made up his mind to stick to acting.” It’s an enjoyable movie, a good enough story with colorful characters, but Wolheim’s touch doesn’t distinguish itself in any way beyond perhaps wondering if it may have turned out better in someone else’s hands.

The death of Wolheim seems to have doomed The Sin Ship. RKO does not appear to have thrown much, if any, force behind promoting it. It accumulated middling reviews, which usually didn’t even bother to mention the death of its star and director, while playing across the country throughout half of 1931. Once it was gone, so was Wolheim. For a time.

One Reply to “The Sin Ship (1931) Review, with Louis Wolheim and Mary Astor”