The Son of Kong (1933) Review, with Robert Armstrong and Helen Mack

Son of Kong: More is Less

“Did you ever catch a monkey?”

To mourn the demise of Warner Archive Instant, today I decided to review the last pre-Code film offered on the service that I’d never gotten to. Part of it may be that I still haven’t actually reviewed the first film on this site yet, the other part may be that reviews of it were few, far between, and wholly discouraging.

Well, good news for myself: Son of Kong isn’t bad. Unless you want to use the term “bad” to encompass the plot mechanics, character growth, non-nonsensical ending, and an end product that succeeds mostly in the realm of existing. But the titular Son of Kong is no Godzilla Jr. and the film’s attempts to go towards a more Todd Browning direction for the sequel make for an interesting, but unimpressive, result. 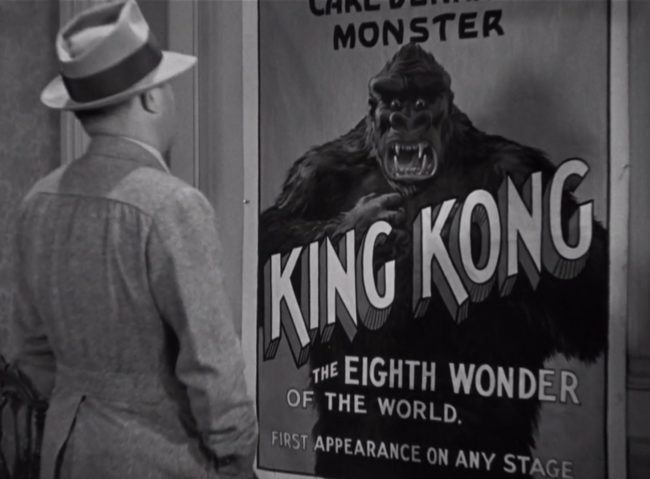 This shot, early in the film, where Denham stares into the poster of Kong like a reflection of himself, sets up a lot of thematic content that never really connects back up with itself.

Carl Denham is down and out in New York as the picture opens; first he stood over a giant dead gorilla, and now it’s all his debts that are raising a massive stink. He sneaks out and joins back up with Captain Englehorn (Frank Reicher)– after both’s adventures in the last film, their only possession is the boat and their only refuge is running from harbor to harbor in the South Seas, trawling for work. It’s a desperate empty life, and Denham seems trapped in his own mind as his failure with Kong hangs heavy over him.

Englehorn and Denham end up at one desolate island and catch an evening’s entertainment in the way of a brass band of monkeys and then guitar playing cutie Hilda (Helen Mack). For Denham, it’s love at first sight. Or at least exploitation at first sight– she could go far with the right management! 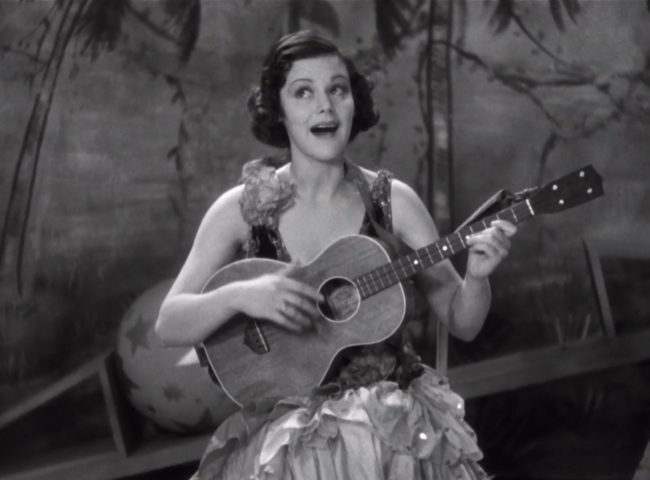 An air of desperation and misery hangs over everything. This includes Captain Helstrom, the man who’d once given Denham the directions ot Kong’s island and is desperate to escape a murder charge. Now he tempts him with the tale of a treasure hidden there. Denham and Englehorn cling to it, and Hilda stows away to try and escape the man who killed her father. Uh oh, but he’s on board too….

So back to the island they go, though this time the natives know better, refusing to let them land anywhere but the craggy, foggy-enshrouded side. There are monsters, big and small, and a mysterious entrance way and an even more mysterious diamond, which not-so-mysteriously is worth a good chunk of change. And there’s the matter of the titular progeny– though Denham doesn’t have dollar signs in his eyes this time around. 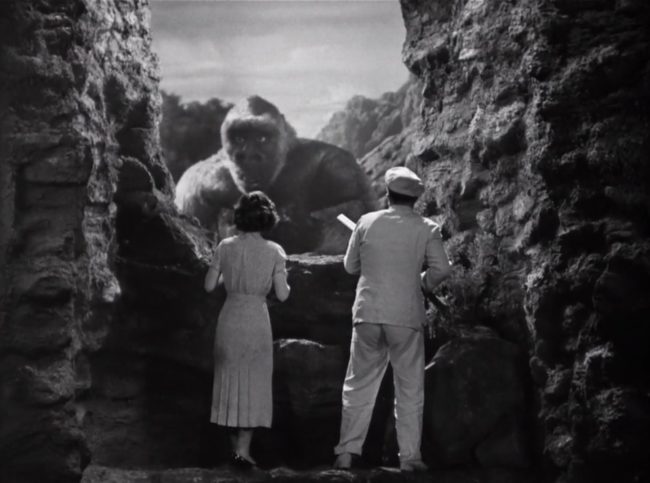 Just another day at the Montgomery Zoo.

Denham’s arc here is all thumbs. In the beginning he clearly sees himself as a father whose child went wrong. He’s wracked by guilt and regrets– a general feeling that he owed Kong more than what happened to him. Denham spends the movie seeking to clear his own conscience, first by banishing himself and then by taking Hilda under his wing. When he sees the new ape, he takes a liking to it, even though it makes him a bit nervous. He quickly grows to appreciate the new monkey, sensing that he stole something from this creature by kidnapping (what his guilt stricken mind assumes) his father. This puts Denham in a paternal role, only when it doesn’t, such as in the film’s ‘burn it to the ground’ climax. More on that in a second.

The Son of Kong (often called ‘Little’ Kong or ‘Baby’, though he’s never given a real name) is an albino gorilla, about 12 feet tall. Little Kong lacks the charm of the King for many reasons. He’s more innocent as his age would indicate, but also less curious. The filmmakers, with less time and even less faith in the plot, give Little human traits almost off the bat to keep him easy to connect to. After defeating one of the monsters in a fight, he pumps his arms like a prizefighter. Just like apes do in nature. 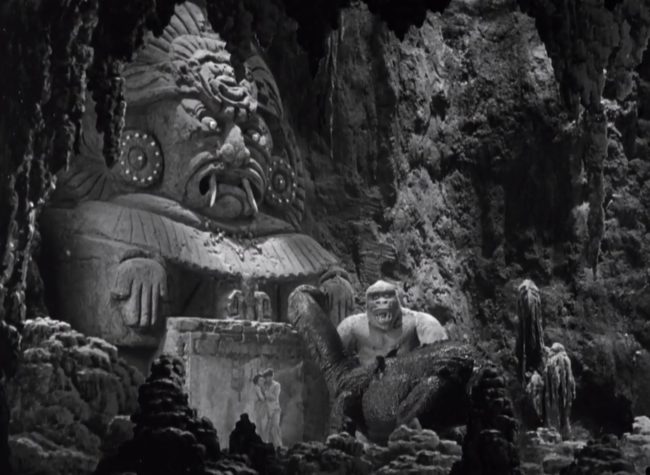 Look, folks, I can’t explain everything to you. Some of it you have to figure out yourself. (Also, you may want to explain it to me when you’re done.)

Little Kong beats around a few heavyweights, like a massive bear, a sea monster, a lizard. There’s a triceratops hanging around as well, though good luck telling one bout from another. The screenplay is haphazard in many ways, like the climactic connection between stealing a massive diamond and Kong’s island sinking can only be assumed.

Yes, Kong Island sinks into the ocean, either out of the need for an explosive climax or just the desire to forestall Son of Son of Kong. It’s kind of a mess. Little Kong dies saving Denham; in a stronger narrative, this action could have been part of Denham’s redemption, playing his desire to repay his debts against his need to compensate for his failed ‘parenthood’. A cleaner climax might have left the island intact but given Denham the choice between capturing Little or giving him his freedom. Or it may have killed ‘Little’, but made Denham realize how his own greed had once again tarnished everything he’d touched, and he casts the diamond back into the sea. 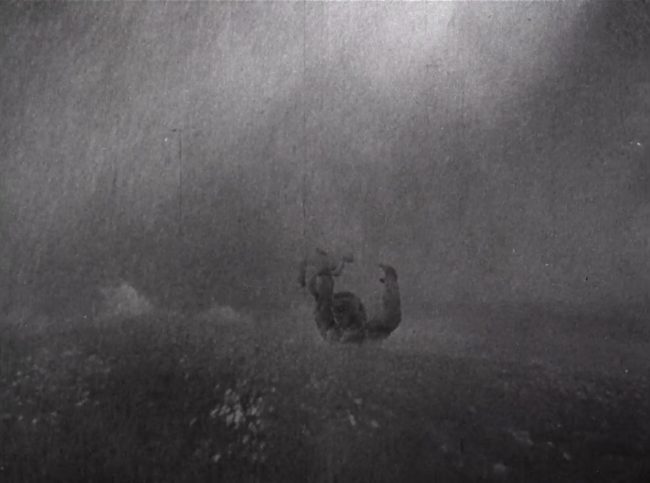 Instead, the ending as is seems needlessly cruel. Little Kong behaves like a child; for a kid’s movie, killing off the cute little scamp and merely handing Denham want he wanted is an empty gesture. No one learns anything; things happen and the credits role.

The movie can’t quite get its tone right. RKO could do many things, though I haven’t seen an example of them nailing ‘seedy’ in this era quite yet. Since it can never decide on Armstrong’s plot arc, it instead becomes a kind of uncomplicated adventure movie. There’s no deeper emotional subtext despite what could have been cobbled together, and even its more exciting elements in the last chunk are staged without the ability to muster much enthusiasm. 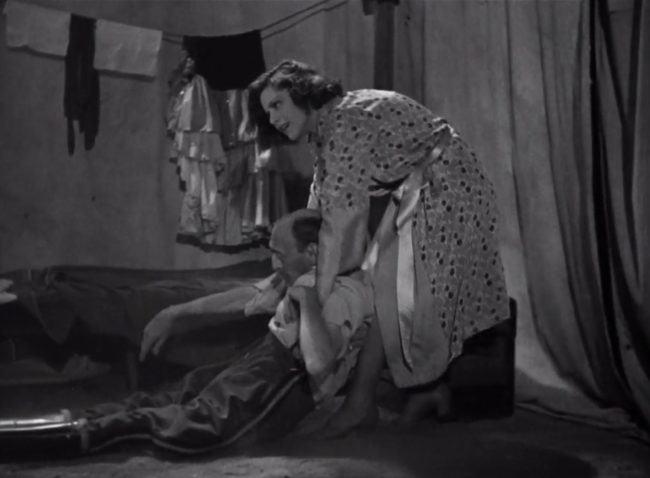 Everything Clarence Wilson does in this movie, Helen Mack does backwards and in high heels. And dragging him while he’s unconscious.

But, dammit, I still liked this film. Robert Armstrong plays Denham in a way that makes you want to see him redeemed. Helen Mack’s Hilda is sweet and has a good amount of nerve, which comes in handy. I like that the movie even brought back Victor Wong as the cook in the first film, and, miraculously, not for cheap jokes. This movie is a mess, but it’s a mess of ambition outstripping its abilities far more than anything else.

I guess the irony runs thick on this being the last movie I caught on Warner Archive Instant, a service that began with fanfare and excitement as a follow-up to something mostly beloved. Only, with little money and less support, it ended up sinking under the waves in a confused, sad finale. Just like this metaphor, I’m thinking. 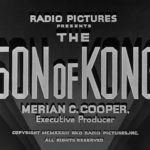 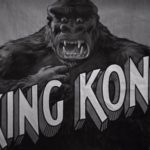 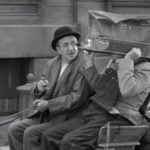 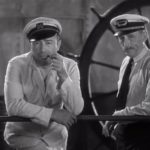 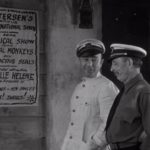 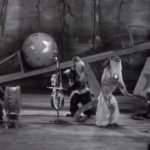 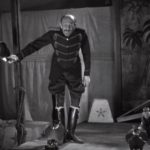 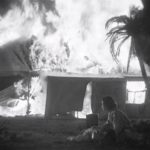 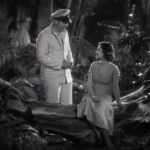 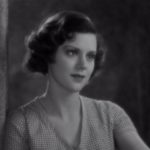 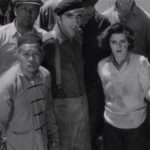 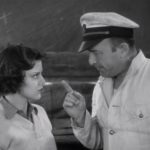 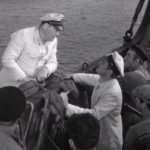 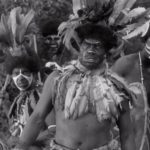 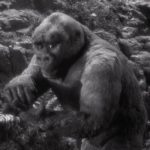 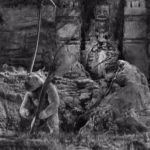 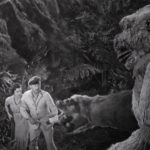 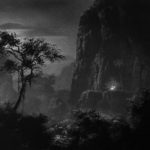 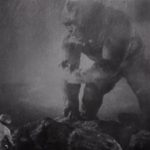 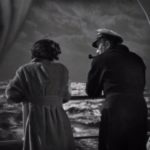 According to modern sources, recordings of Fay Wray’s screaming from King Kong were re-used in this production, as were parts of Max Steiner’s King Kong score.

So, what happened to the Warner Archive site? I hadn’t heard this. And just as I was (finally) about to sign-up for it and Film Struck
.

This one is also on Blu-ray and looks very nice with good natural grain structure. Any chance of an original Kong review?