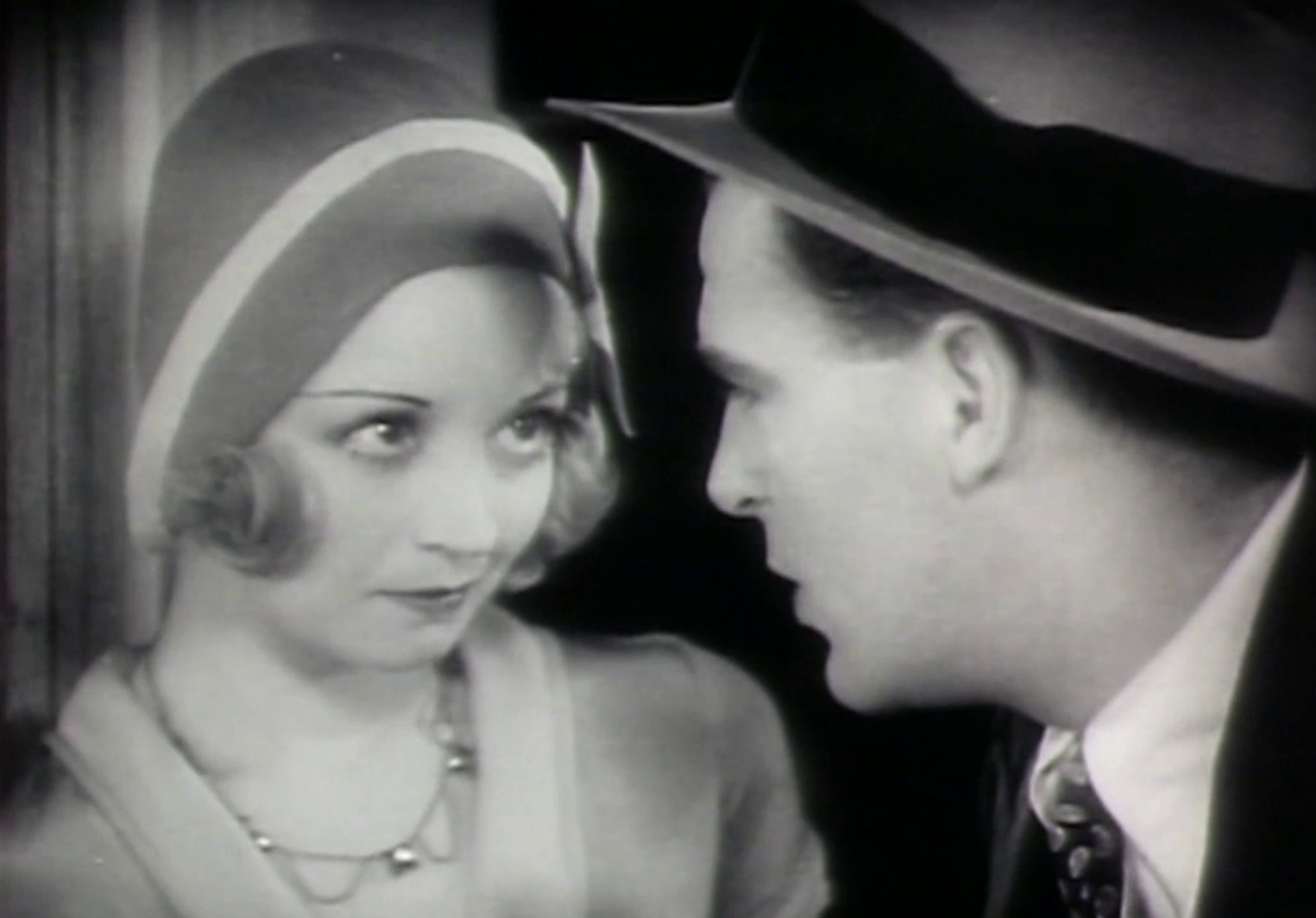 The Widow from Chicago: A Windy Warble

“You guys will learn, if you live long enough– women and business don’t mix.”

Alice White’s striking looks were an enigma to me for quite a while– how was it that her ascendancy and downfall were so swift in the early 30s? She’s fine in Picture Snatcher and Employee’s Entrance, sexy with an air of sophistication. Looking at The Widow from Chicago, a star vehicle designed at her heyday, though, shows a much different actress clearly struggling. Her performance in this movie reeks of parody of bubbly talent-free starlets, but it’s no parody.

Speaking of a straight face, let’s run down this plot before it gives me a headache: seeing her cop younger brother murdered in front of her, Polly (White) decides to revenge herself on the gangster leader who ordered the hit. She impersonates the wife of dead gangster Swifty (Hamilton) to get in good with Dominic (Robinson), who is deeply mistrusting but admires the way that Polly is easy on the eyes. Things grow complicated when it turns out that Swifty is alive and well, and he only agrees to help Polly keep her secret so long as she only puts Dominic away and helps keep his nose clean in front of the increasingly paranoid gangster.

While Cagney was following Lew Ayres around sheepishly in Doorway to Hell around this time, here Edward G. Robinson, in his last film before becoming a star with Little Caesar, gets only to growl in the margins of the picture as the heavy. He gets some dynamic scenery chewing time, and the climax– which involves him hiding in the darkened speakeasy, surrounded by cops– is moody and stands out from all that came before.

The rest of it is rough gangster movie stuff, with the genre still getting etched out. There’s some wacky palookas (including Frank McHugh, who isn’t even doing his trademark laugh at this point) and sudden murders, a cop who is after the gang, and the all important unwitting confession that seals the deal. The romance between White and Hamilton is gravy and pretty standard stuff for the era, a sort of love/hate relationship that lacks much of a spark. At least they have Hamilton purposefully playing a heel this go around; that helps with him.

Back to Alice White, who cuts quite a slim flapper figure but constantly looks like she’s about to stomp her feet and run to her dressing room: she’s cute. She’s got spunk. But she’s clearly rough around the acting edges, even for 1930. She can’t conjure magic from herself. It’s hard to watch, sad to see, and the movie does her no favors.

Mr. Robinson gives an interesting and authentic characterization as Dominic, a resourceful and intelligent underworld power. It is not his fault that he is made to provide a denouement by falling into the most puerile of traps.

The movie is sort of a strange passing of the torch from one phase of early talking pictures to the next, but for those of us who admire White, The Widow from Chicago is a fun example of her taking her act into unfamiliar territory to play a character with slightly more depth than usual while still exuding her bubbly personality.

One Reply to “The Widow from Chicago (1930) Review, with Alice White and Edward G. Robinson”