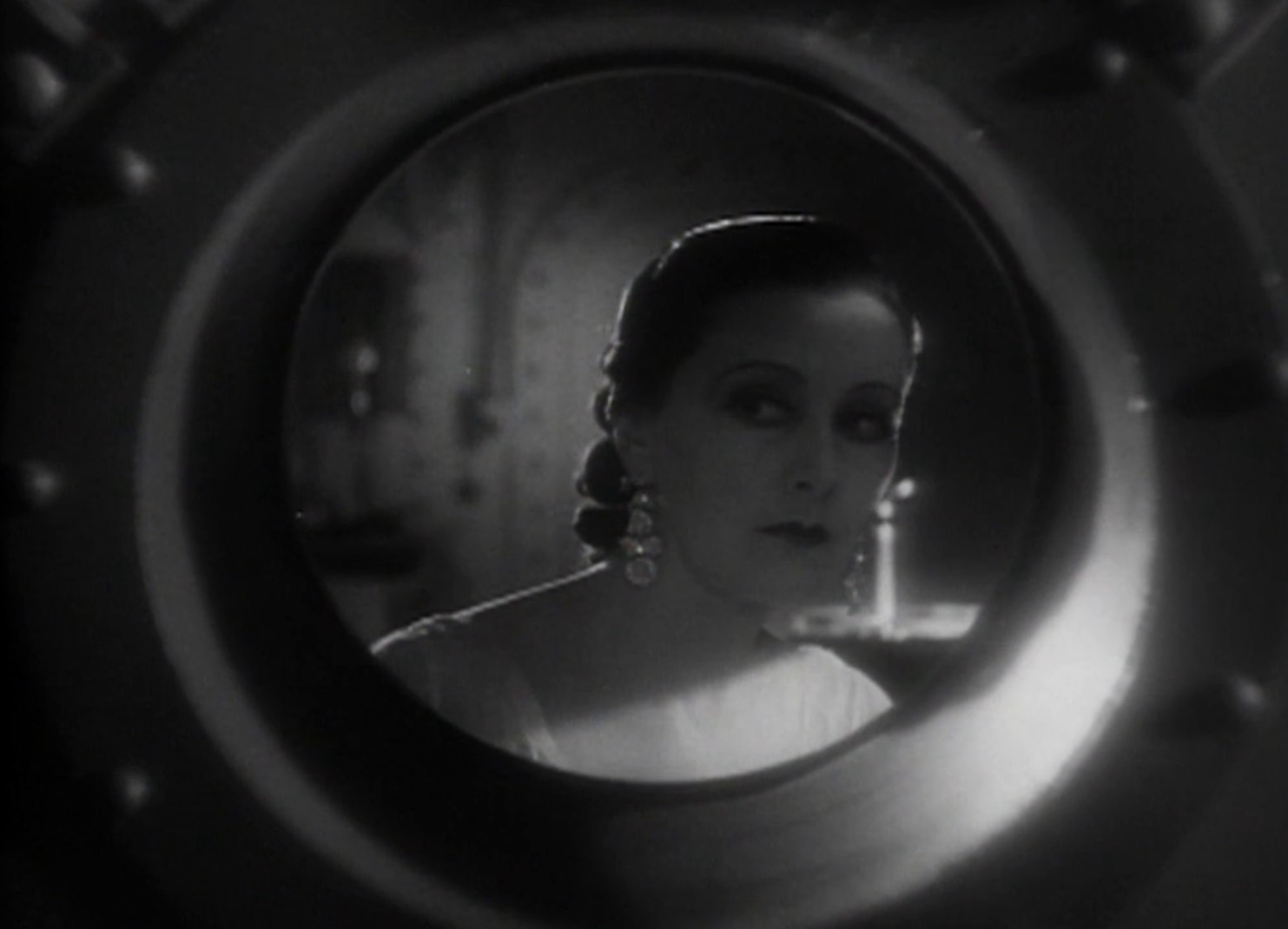 “You’re saying I’m a stranger. Who came here for love and found nothing but emptiness.”

The Woman from Monte Carlo is Warner Bros. trying to do MGM– a big, stiff operatic love story with a big grand woman star (who looks staggeringly like Garbo) and a big pair of supporting actors in something that’s really a big ol’ bore. For the first 50 minutes of this 70 minute picture, the most exciting thing that happened was when a ship’s horn blowing sounded like my cell phone buzzing.

Lottie Corlaix (Dagover) earned most of her notoriety before the film began as a well-known bon vivant. Now she’s the wife of an older, respected French naval commander, Captain Corlaix (Huston). The only problem is her past; also working under Corlaix is her former lover, d’Ortelles (William), and a man she rejected in her previous life, Brambourg (John Wray). Both Huston and William as well as deck swab George E. Stone have ridiculous tiny little mustaches; Brambourg has the fluffy, pompous kind, so our villain is pretty well-defined at the outset.

Corlaix’s ship pulls into port. Lottie boards, hoping to spend time with her husband, but finds herself jostled by the other men. After a dance and many long conversations about love and yearning, she ends up d’Ortelles sneaks her away and attempts to seduce her. That’s when, as it so happens in this kind of movie, World War I breaks out. Lottie is trapped on the ship while it heads off to a secret rendezvous and then is shortly destroyed by a sneak attack.

For a film that’s forty minutes of dry, interminable dialogue (at one point, Huston waxes philosophically about being a small boy in short pants, commanding a toy boat and it’s just embarrassing), the ending tries to perk itself up a bit. Michael Curtiz has a good sense for the battle scenes and the courtroom trial is suitably dramatic. But the ending is a downer even for a film that’s nothing but dour.

Considering the film has Warren William and Walter Huston playing two men in love with the same woman– two actors who are never afraid to have fun with their roles– it’s telling that both seem to have had battleships inserted in their posteriors to keep everything as ‘proper’ as possible.They’re sad. We’re sad. We’re all sad.

Lil Dagover, who gets her name larger than the title in the opening credits, was a prominent German actress from films such as The Cabinet of Dr. Caligari. This was her only film she made in Hollywood, and the results seem to justify it. She’s clearly been brought in to ride on the Garbo/Dietrich tidal wave of beautiful foreign women with questionable accents, but she stands out in no particular way, and, based on her performance, you could rightfully assume that Warner Bros. may accidentally hired Garbo’s stunt double by mistake and then went ahead with the movie anyway.

The Woman from Monte Carlo is a yarn about adultery that is as unexciting as you can make it. This is the type of movie you should feel good about not being able to find.

The Woman from Monte Carlo has a lot going for it, but it’s an effort to watch. It’s a slow 65 minutes filled with a lot of talk, most of that dialogue delivered by its male cast with awkward intonations that seem designed to make them seem as foreign as both the setting and their leading lady. Warren William is rewarded with the best of the male supporting roles, a fine prize in a film including Walter Huston, but he adds a softness to his stilted delivery that I suppose is meant to convey his lovestruck mood, but actually makes him sound somewhat insincere.

It is all somewhat quaint, even for 1932, but the picture does feature a very exciting and well-staged sea battle between World War I dreadnoughts […]. It was solid entertainment designed to sell Dagover, but did little to hone the image of the new Hollywood star.

One Reply to “The Woman from Monte Carlo (1932) Review, with Lil Dagover, Walter Huston and Warren William”