“People on the outside are supposed to be created free and equal, but they aren’t. In here, they are! One inmate is as good as another inmate, but no better!”

Considering the hard hitting dramas that Warners was turning out in the early 1930s, 20,000 Years in Sing Sing is a bizarre antithesis to the whole affair. Where other movies got grist for their mills from the barbaric cruelties of the system, here’s an uplifting fable about how trust and instilling hard work into a convict can turn their lives around. It’s strange– and a third act twist makes it almost goofy– but the lead actors imbue the film with such warmth and humanity that it works handily with warmth and charm.

Spencer Tracy begins the film as so many of his early-30s characters seemed to be: the cocky know-it-all– heart of gold optional. He’s a gangster headed up to Sing Sing Prison, expecting a free ride because of his fame. The canny warden, Paul Long (Byron), decides to break Connors’ pride, first by marching him through the yard in his long johns and then by teaching him the drudgery of tedious waiting. 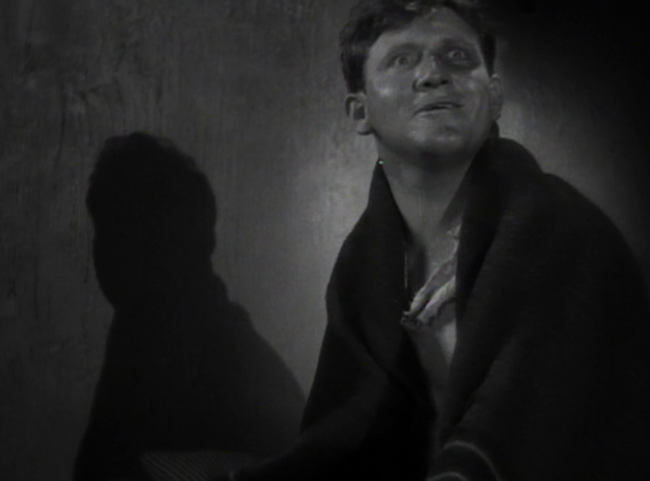 Connors’ impatience is flamed by his moll, Fay (Davis). She’s a hot dish (“I’d give a million bucks to be alone with you,” he pledges), and the feelings are mutual. When he finds out she’s been bargaining with the gangster Joe Finn (Calhern) to try and reduce his sentence, Connors almost decides to participate in a jailbreak that ends up going awry. When Fay is involved in a car accident, the warden, placing trust in Connors, lets him go free to visit her. Connors runs into Joe and discovers that he’s at fault for Fay’s accident, tensions explode and Joe is dead.

20,000 Years is stylish. With the dark grime of the prison contrasted with Davis dolled up to the nines, the movie feels the crushing pressure of the system on every man, even if it doesn’t languish in solitary in something like The Big House. The nifty opening– where we watch convicts march with the length of their sentences hovering over the heads before it totals together to get the titular number– is so good they bookend the film with it. 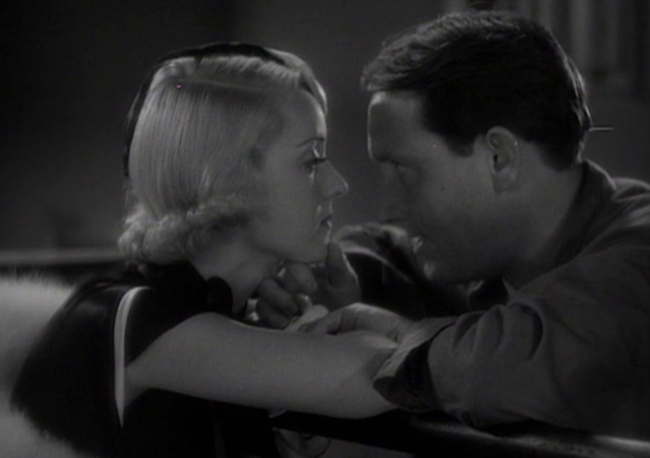 But the real strength of the story comes from the actors. Tracy manages to shed the schtick he’d been saddled with in many-a-pre-Codes, and Davis, though in a thankless romantic part, definitely radiates in Tracy’s company. The bromance (is this word still used?) between Tracy and Byron is nicely handled, especially since so much of the movie’s emotional arc involves Connors swallowing a hard pill from an older, cannier man.

Much of the film’s argument is that pride is a powerful tool. Connors is a tough man because his pride has been inflated by the media and his own misdeeds. What the warden teaches Connors is that there’s something bigger than one person, and they must connect to that to truly understand the importance of one another. 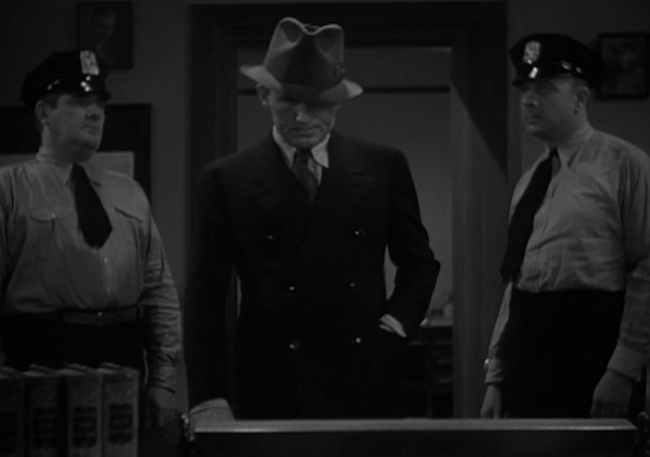 But that also underlies the oddness of the film’s final moments, even if it is wholly justified. The warden’s kindness instilled decency into Tracy, and Tracy offers to go to the chair to spare his girlfriend who actually shot Joe. This noble sacrifice in the film’s final minutes is met with a steady hand by Tracy’s Connors while the warden’s hand shakes. The implication is that his hand is shaking because of how impressed he is with Connors’ stern resolution in the face of death, but is it something else? How does the Warden really feel after all this– was his experiment in trust really worth certainly dooming Connors’ life? Is there a tinge of guilt there– or is it pride in his handiwork?

This peon to working together makes sense for the Depression, and it is a nice bit of malarkey. But it’s weird, on some level, like making a movie about how the Department of Agriculture really does save farmers money on fertilizer. But it works, thanks to Tracy’s tender humanity and with steady help from director Curtiz. It’s not one of the great, incideiry screeds of the pre-Code era, but it is an effective melodrama.

Click to enlarge. Please feel free to reuse with credit!

This was particularly true of 20,000 Years in Sing Sing (1932) which was based on the memoirs of Lewis E. Lawes, the former warden of Sing Sing. Lawes began his career as a nineteen-year-old prison guard and rose through the ranks to his eventual appointment as governor of Sing Sing. Like his predecessor, Thomas M. Osborne, Lawes was committed to educating the press and the public about the harsh realities of prison life and programs that could successfully rehabilitate prisoners. […] Because the studio so valued Lawes’s involvement in 20,000 Years in Sing Sing he was given final approval of the script and the finished film. In exchange, Lawes arranged for director Michael Curtiz and his cast and crew to have access to Sing Sing where several scenes were shot using actual prisoners – a rare instance of on-location filming for a major studio during that era.

Lawes/Long is an interesting movie subject at a moment when many Americans seriously considered the necessity of dictatorship. Many of the movie warden’s comments are double-edged, especially his assertion that only in prison, under his supervision, are all men truly equal. The warden might and probably would be handled differently in other eras, but the film we have reflects the Pre-Code era’s paradoxical longing for authority in a way that may make it uncomfortable viewing today.

Realistically, the Warden’s practice of secretly letting dangerous inmates out, based on his hunch plus their word of honour, is an incredible risk to the safety of both public and convict. While everybody’s congratulating the Warden on being vindicated, it’s frustrating how few seem to understand how that day out destroyed Tommy’s life. But as a movie fantasy, it’s certainly meaty material with plenty of sympathy built in for these great actors.