“Perhaps my reputation doesn’t extend to an out of the way place like this. But, to be brief, I’m engaged in very important scientific research into the notion of intelligence in primates. And to complete my work, I need, two male orang[utans].”

I’ve been in a bad mood all this week. Researching a book project on a favorite star, I began to dig for the availability of her films. Lost. Lost. In a vault on the other side of the world. Lost. It made everything I’ve been working on seem so futile.

Watching Beast of Borneo has only deepened my depression. How can some movies vanish forever while garbage like this endures? I can catch Beast of Borneo for free on Internet Archive, YouTube and Amazon. Meanwhile, someone binned Convention City. Great fucking job, universe. 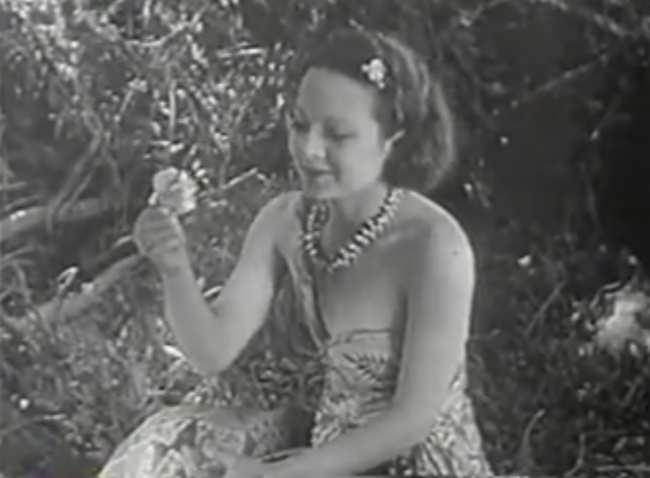 Minute for minute, The Beast of Borneo is one of the most painfully boring films I’ve seen. I started thinking of other movies I could be watching while it was on and almost started one because I forgot the damn thing was still going.

The movie itself is a dirge. An evil scientist wants to capture an orangutan for generic experiments. He heads into the jungles with his blonde assistant and a forthright guide. There’s also a native couple who is doing one last expedition before retiring. And then there’s a baby orangutan– he’s cute! That’s the movie’s highlight right there. 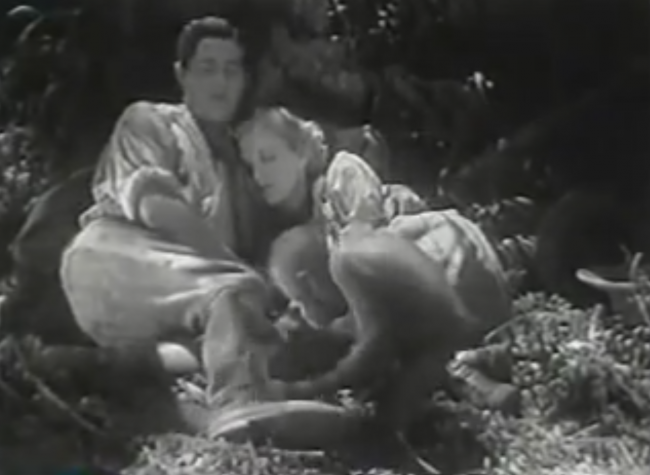 Every shot lingers too long, every plot point is belabored upon because they know they’re the only ones they’ve got. There’s a love triangle between the three leads. One of these men wants to keep and tend to a baby orangutan, another one plans to cut that baby open alive with a pocket knife. Can you pick out the bad guy, kids?

The titular beast is just a large orangutan that the group captures in the film’s second half by getting it drunk on fruits laced with gin. (We even get a helpful closeup of the label in case you wanted to know the best gin to booze up your own orangutans.) Once captured, the beast becomes a mix between stock footage and a man in an awful suit. How bad is the suit? I can’t tell you, because they wisely keep it about 20 feet back from the camera and enshrouded in shrubbery. For example, here’s a screencap of the climactic battle between the beast and a python, all filmed behind a good amount of foliage: 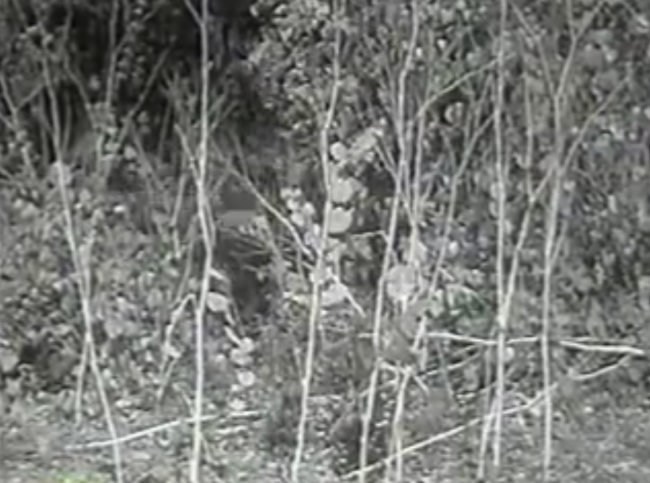 Striking, right? The beast also makes a noise that sounds like something a bored dad would do in hopes of keeping a small child occupied. Like a very small child. It’s pretty funny, but sad too. No one said no to that at any point?

The beast escapes and there’s a showdown between the good guy and the bad guy. Could it be that the REAL Beast of Borneo was MAN all along?!

This is a film whose reputation could only improve if every copy was lost or destroyed. Avoid it.

It does have a few points of interest; the bad guy is named Boris Borodoff and has a Bela Lugosi accent; the baby orang Joe is apparently the greatest escape artist since Houdini, and if the sound that the orang makes is really what they sound like, then the jungle needs an emergency shipment of Ex-Lax pronto.

Of the three no-name leads, John Preston is by far the worst. To call him wooden would be insulting to wood. He and Mae Stuart, who is only marginally better and at least had the common decency to never make another film in her life, speak their lines without subtlety or grace, inserting inflections at random, regardless of whether they’re appropriate to the words they’re speaking, before staring at each other as they try to remember what to do next (‘unh, oh yeah — exit stage right’). Meanwhile, Sigaloff’s accent is so mangled it’s difficult to make out what he’s saying half the time — and yet, somehow, although we don’t know what he’s saying, we still know he’s acting just as badly as the other two. At least the baby orang-utan who serves as comic relief gives a decent performance — although it doesn’t say much for those other three bozos when they can be out-acted by an orang-utan.