On a foggy London night– a real pea-souper, as they note– American Richard Bruce (Armstrong) is wandering, lost. He’d finally made some money and decided to go to London for the excitement, but all he’s found so far are a number of small faux pas at his boarding house. Unable to find his way, he seeks directions from a house whose front door is unlocked.

Entering, he finds a dead body (Ralph Bellamy) and sees a flash out the corner of his eyes as the murderer escapes. After losing track of the suspect in the fog, he returns to the house only to find a butler, an old general, his wife, and their beautiful niece (Mack) occupying the place– but no corpse. 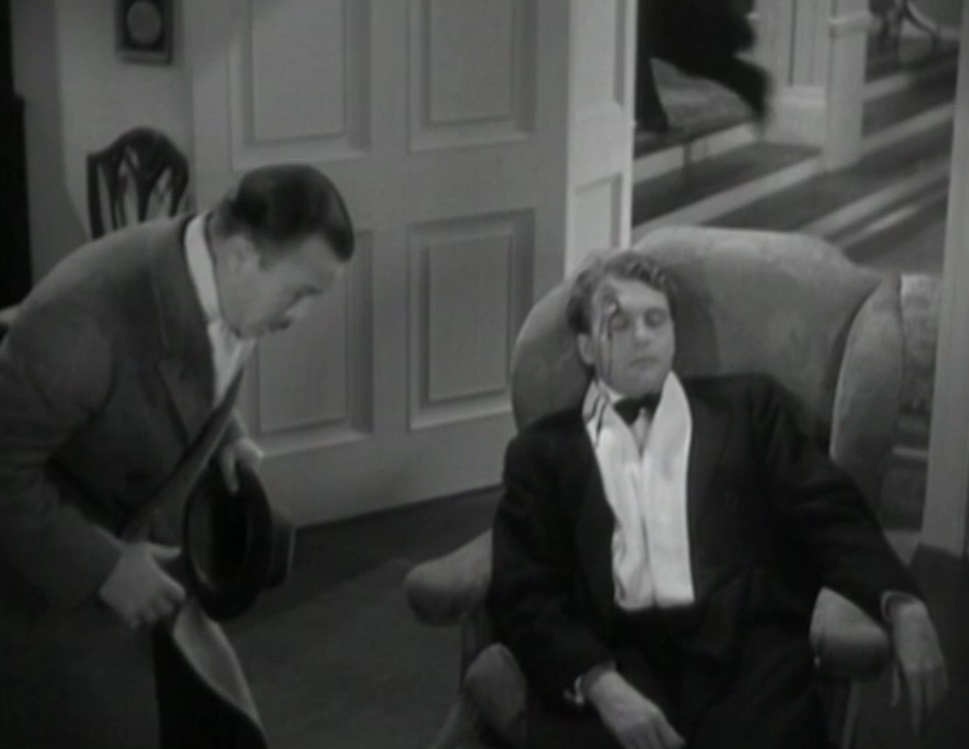 Things complicate quickly, and Armstrong and Mack are soon running across London rooftops and faking their way through a fancy dinner party. Here Armstrong must learn that an American ‘trifle’ is not the same as a British one, while Mack has to escort a soot-coated thief between party-goers without arousing suspicion or bringing the police. Roland Young plays that cockney-accented burglar, named Holmes, and he adds a nice touch to the trio as he is honest and true except where jewels and money are concerned.

London is fogged in for all of the proceedings, giving things a nice air of mystery. Thrillers weren’t very common in the early 1930s, and this would have been regarded as more of a mystery movie despite its pace. However, the movie is well self-aware, thankfully, and constantly anticipates the audience’s expectations and subverts them. Between this, it also has a number of nicely crafted moments, such as a scene at a coffee stand where Young duels with a stuffy barista or one where Armstrong is forced to make constant small talk about an old man’s hobby to kill time, though he has no idea what that hobby is. 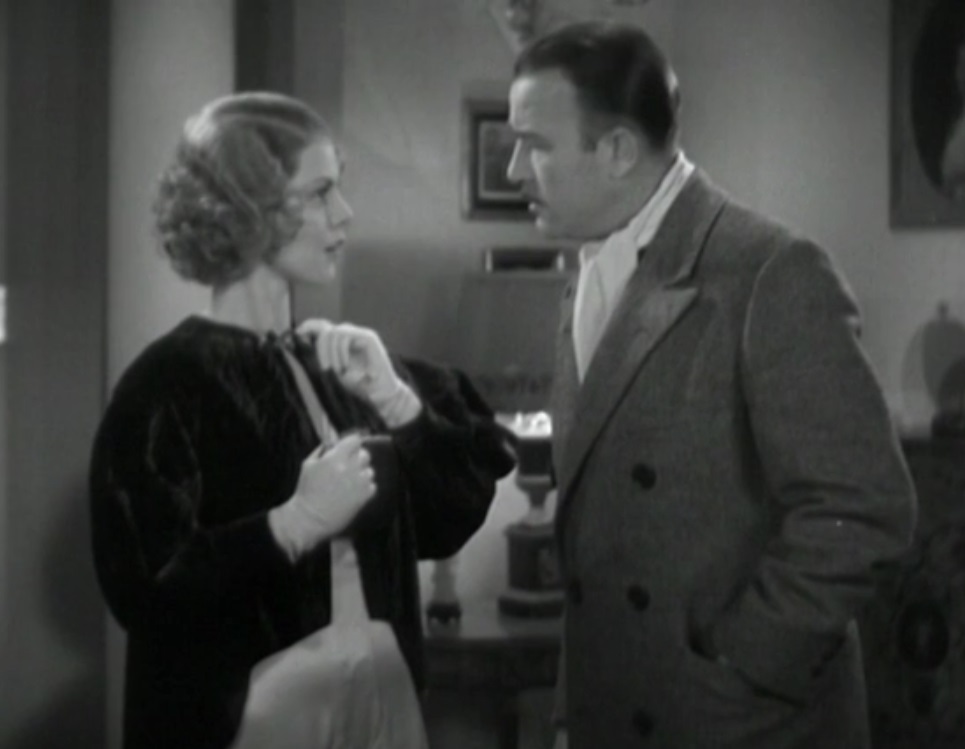 Blind Adventure plays undeniably like a proto-Hitchcock film, though with many tropes that wouldn’t appear in his works until 1935’s The 39 Steps. The culture clash/fish-out-of-water scenario, the blonde who’s down for adventure, the big extravaganza that our heroes bumble through, the duplicitous bad guys, and other touches all give this the general feel of such a thriller, even if it’s compressed to a square block rather than a chase around the country.

While I am not nor will I ever be sold on Robert Armstrong having a mustache, he’s a delight as an American looking for a fun time in London and accidentally finding it. Helen Mack gets some great moments to shine to boot, including one moment where she just smacks a criminal on the head. Beryl Mercer has a delightful role early in the film as a maid, and, not to spoil too much, but I’m always a big fan of when Ralph Bellamy is a villain.

The movie is a pleasing sort of film, with lots of jabs at British/American differences and how outgunned Armstrong feels at every turn. While perhaps a bigger-named cast and budget could have turned this material into a minor classic, Blind Adventure is still a nice, compact thriller worth checking out. 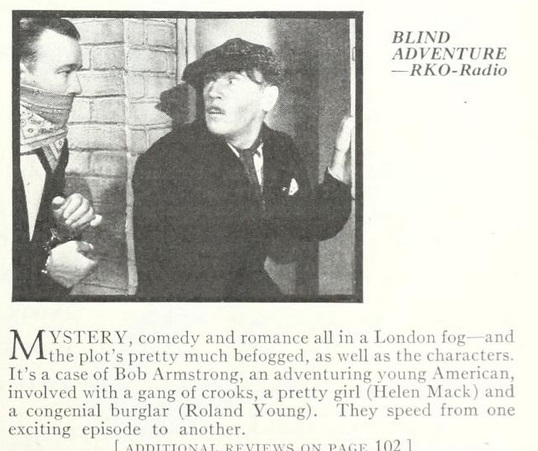 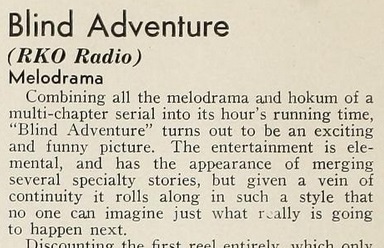 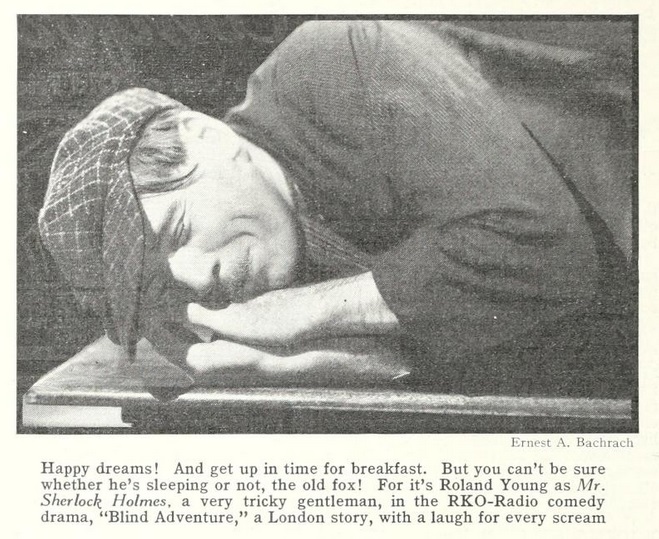 2 Replies to “Blind Adventure (1933), with Robert Armstrong and Helen Mack”