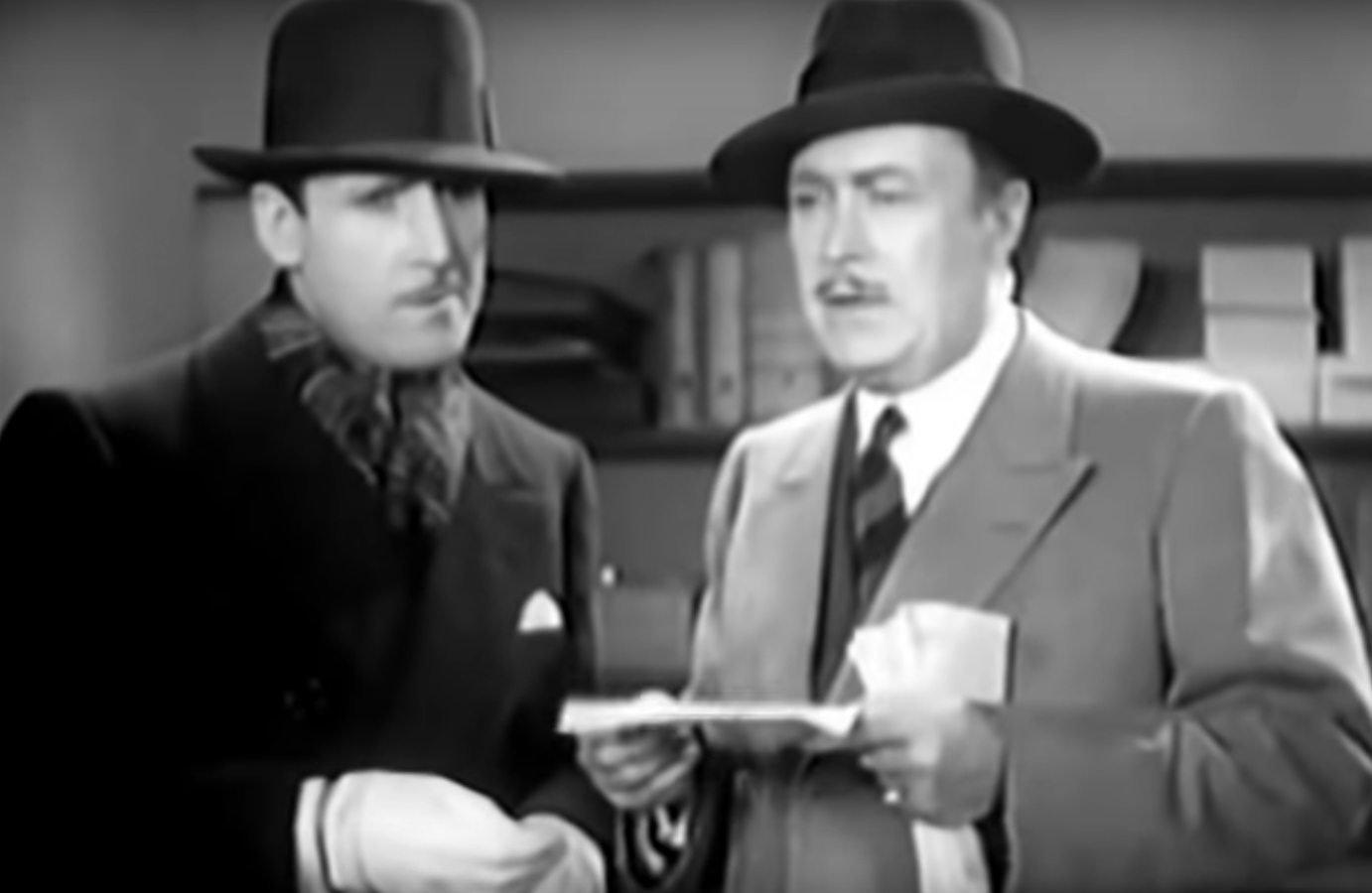 “I can’t pretend to be the victim of amnesia for more than a few hours at a time. My ego won’t permit it!”

On one of those famed dark and stormy nights, a man wakes up in a mansion, unsure of who he is or what he’s doing there. A call to information comes from inside the house and tells him the date: November 21st, 1938. His butler, Grayson, enters the room. The man takes him aside and learns that his name is Jerry. He’s at his own mansion, he has a wife, and a secretary, and his name is Jerry.

Then Jerry slugs Grayson. Jerry reveals that he knows that he’s being the made the victim of a fraud. “I nicked myself on the train this morning” he says, pointing at the scratch. Now just what is going on?

This is the first of many of Twin Husbands’ reversals, some goofy, some sublime. The movie features identical men, a famous safecracker named the Sparrow, fake police, fraudulent bonds, and plenty more. When so many films of the 1930s had to deal with keeping the audience informed of what may have happened in the first two acts for anyone who wandered in late, Twin Husbands helpfully keeps things so off-kilter that audiences who’ve sat through the full feature may be unable to recall all of the twists.

John Miljan, who usually plays a nasty kind of guy, relishes playing a role that recalls William Powell’s turn in Jewel Robbery. The film does great in tricking the audience through typecasting, too, and that’s all I’ll say on that subject.

Twin Husbands is an utterly ridiculous film, where every character has three or four whiplash-inducing reversals. But it’s a nice showcase of what an independent production in the early-30s could do. Much like The Sin of Nora Moran or The Vampire Bat, not having to work on focusing on showcasing the film’s nominal stars allow them to go places narratively that more streamlined studio products could not have attempted. It gives the film a weird energy and makes it, unlike a lot of product at the time, unpredictable, as one or two expected twists never do manage to materialize.

While the movie feels static– you could probably count the sets on a single hand– Twin Husbands is a breezy, fun kind of flick that foreshadows and stands with much of its brethren in the con game genre.